The baby was found at a park in Birmingham, UK. Police believe the mother to be white and in her 20s. 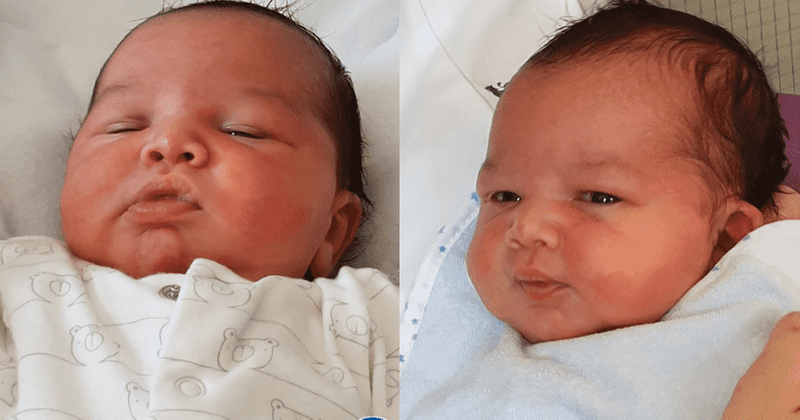 Terry Walsh and his husky Hel were taking an afternoon stroll at a park in Birmingham, UK last week when the pooch spotted something strange. On the side of their path was a pile of blankets. Hel "gently nudged" the blanket and a baby started crying. Walsh, a 64-year-old engineer, told Birmingham Live, "Suddenly I heard this baby cry. I think it was Hel's gentle nudging and the heat from my Husky's body that woke the baby up. A bigger dog or another dog with a different temperament might well have just ripped and tugged at the blanket and the baby could have been treated like a rag doll and then you've also got the foxes and the rats and everything in there. How would they treat a baby?" The police were informed and the child was immediately taken to a hospital where he is doing well and healthy.

The child was abandoned just a few hours after birth, the police said. Walsh added, "I thank the Lord that the baby was alive, that could've been a lot worse. The baby could've been dead. I said to my neighbors, Heaven sent Hel to rescue newborn baby boy!" The police have also started a hunt for the child's mother. At the same time, they've asked the public for any information and released pictures of the baby for the purpose. In a statement, the West-Midland Police also revealed the baby was named George by the hospital staff since "he was found the day before St. George’s Day." It added, "We’re very concerned for her and want to check she is doing okay, both physically and mentally. This is our only concern right now, giving birth is a big thing and we’re concerned she will need medical help."

Detective Inspector Neil Hunt, who is leading the case made an appeal specifically to George's mom. “I am reaching out to George’s mother. You are my primary concern right now, and we really need to make sure you’re okay. I don’t know the circumstances around George’s birth but, as a parent myself, I know exactly how overwhelming becoming a parent can be. We’re ready to offer you any help and support you may need. George is safe and well, and your health and wellbeing is our priority - please be assured that you are not in any trouble." At the same time, he asked the public to come forward: “If anyone thinks they know who George’s mother is, I’d urge you to come forward to help me locate her − you can contact us in confidence. I’d also like to hear from anyone who was in the area between 5pm and 6pm last Thursday, 22 April."

Baby George was wearing grey leggings, an orange and white striped t-shirt with a dinosaur motif, and was wrapped in a grey and white blanket when he was found. He is still in the hospital as of now. "If you noticed anything or saw someone, please contact us as a matter of urgency," Hunt added. The police said they had a lead in the case that they were following - a CCTV footage that showed a woman walking along "Shannon Road just before 5.10 p.m." on the afternoon that George was found. The Birmingham report said they believe the mother is a "white woman in her early 20s." The police statement added, "We’re still appealing to trace the woman in the clip as we believe she may have vital information about what happened. Detectives are in the area today handing out leaflets, encouraging any witnesses or anyone who knows anything to contact us."

In another statement, Detective Superintendent Anastasia Miller, from the force’s Public Protection Unit, said: “We need to find the baby’s mother as we are concerned she will need medical help after giving birth. This must have been a very difficult time for her and we are very concerned for her welfare.” Those with information have been asked to reach out to the police via live chat at www.west-midlands.police.uk, by calling 101 anytime, or Crimestoppers on 0800 555 111.