Christopher Brown, 26, from Blackpool, UK, split from his wife in 2014. She subsequently moved 150 miles away taking their daughter with her. The two had been fighting a bitter battle for their daughter's custody. Brown also suffered from PSTD and was under medication. 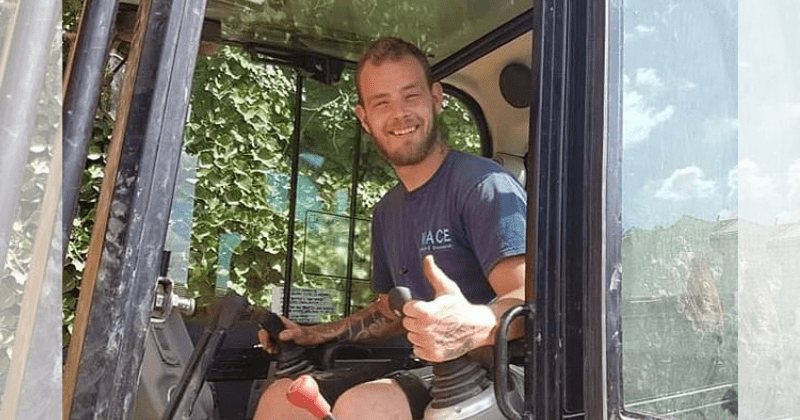 A father of a 5-year-old girl in the UK killed himself because he did not get to see his daughter as frequently as he wanted after being estranged from his wife and the mother of the child. The couple were in the midst of a bitter child custody battle. The courts gave the custody of the daughter to the mother, while Christopher Brown, 26, had restricted visitation rights.  Additionally, Brown suffered from PSTD and was under medication. According to his stepfather, he had stopped his medication back in October, and this may have also affected his mental health leading him to commit suicide. He was found hanging on March 26 at his home in Blackpool, Lancashire Daily Mail reports.

During the legal dispute, Brown claimed his visitation rights was not enough and tried to get a ruling to reset this in a family court. His wife had moved 150 miles away to Sunderland taking their daughter with her. A suicide note was found in the bedroom of his mother and stepfather's house where he was staying. His body was found in a caravan in the garden of the house. Brown was also due to appear in court for breaking a court order banning him from contacting the child's mother.

Last week, a Coroner recorded a verdict of suicide in respect of Christopher Brown, 26, who - if headlines are taken at face value - killed himself because he was denied access to his 5 year old child by his ex-partner who moved away.

Tomorrow, it will be two years since my ex-partner took his own life, 12 weeks after my son. He left behind our (then) 8yo daughter. In his suicide note, he blamed me for his choice to take his life.

Brown who ran his own construction had been detained and kept in police custody for the breach back in February and was ordered to face court on June 5. Speaking at a court hearing, Brown's stepfather Anthony Cummings highlighted the restrictions that may have led to his suicide. "His daughter's mother took her to Sunderland and Chris had restricted visiting. The contact was mainly through Chris's mum but it was supervised. He was worried about the magistrates at first but then he found out that they were going to call his ex-partner to the court."

He added, "He was told that things were looking up for him. He had been told he could be looking at six months custodial. But once he had seen his solicitor and found out that she was being called and they had been looking at the evidence on her phone things were looking better for him. But the contact with the daughter that was what I think was his main sources for what happened. He started his own business but work was on and off."

Speaking about the day he was found dead, Cummings said, "We thought he had been out all day. But to get to the caravan you've got to go through the house - he must have been there all day. I didn't think he would take his own life. There were times when he was really happy and there were other times when he was down. But the day before and the week before there were no signs whatsoever."

Louise Barr, a member of the mental health liaison team said, "He did say that he had been struggling with his mental health for a number of years since 2011. He had ongoing issues in relation to access to his daughter and that had upset him. He said despite the court ruling he wasn't always seeing his daughter and he found that distressing. In relation to the events described he did make an attempt to take his own life by walking into the sea, but he had been drinking and he remembers that he came out of the sea on his own."