Yes, really. Weinstein's attorney Donna Rotunno told CBS 'This Morning' that Weinstein's life had been ruined, and low-key blamed over 70 women who accused him. 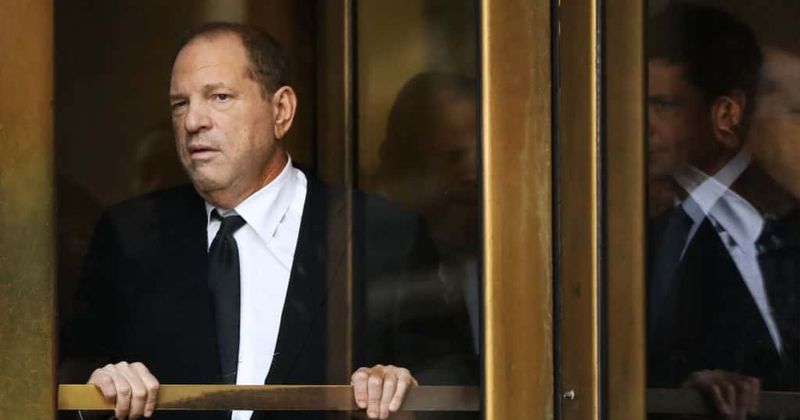 An attorney for accused serial sexual abuser and movie magnate lamented that his "whole life has been ruined", whether or not he wins his trial next year. In an interview with CBS This Morning, Donna Rotunno, a woman, in case you weren't paying attention, defended her client against over 70 women who have accused him of sexual assault of various degrees over the years. "No matter what happens to Harvey Weinstein, he will pay the biggest price there is. Even if he wins, Gayle, his whole life has been ruined, toppled, damaged," Donna Rotunno told CBS This Morning host Gayle King, who gets all the props for having to listen to this with a straight face. "And whether it’s by his own doing or others, that’s the fact," Rotunno added. "And the fact is that no matter what we do ― and we can walk out of that courtroom with a 'not guilty' and walk him out onto those courtroom steps, and he never gets to be Harvey Weinstein ever again." While Rotunno has most definitely got her facts right, her logic seems deeply flawed, and during the interview, she also proceeded to share rather questionable views on the #MeToo movement as well as her client's dastardly deeds. She also added that she truly believed that existing evidence would exonerate Weinstein of raping two women to which he has pleaded not guilty.

“He absolutely does not believe that he's broken any laws.”

Only on @CBSThisMorning, Harvey Weinstein’s lawyer Donna Rotunno sits down with @GayleKing ahead of his trial on charges of rape and sexual assault. pic.twitter.com/B1HMibxKtV

When King pointed out that over 70 women had made allegations against Weinstein, Rotunno replied, "Anytime we talk about men and women in sexual circumstances, I think we have to look at the fact that there's always an area of gray so there's these blurred lines and then sometimes one side walks away from an event feeling different than the other, and how do we reconcile with that." King then proceeded to point out that it's often very difficult for women who suffer abuse to disengage from their abuser, to which Rotunno attempted to explain that this was a matter of "choice" on the woman's part. "That's a choice. And if a woman makes that choice, she makes that choice," she said. "But then I think years later to come forward and then say — and who knows years later if your memory is exactly the way something happened at the time that you're claiming that it did ... But I get frustrated when I listen to these types of situations, and I hear women say, 'Well, I didn't have a choice.' Well, no, you had a choice and you made a choice."

We would not blame King or anyone who has watched or read the interview for getting similarly frustrated at Rotunno's rhetoric, especially considering the allegations made against her client and many, many others. Rotunno is also "not really a supporter" of the #MeToo movement, claiming that it "allows the court of public opinion to take over the narrative", and leaves abusers who try to correct that narrative "stripped of their rights", a fact that we're pretty sure most women are totally okay with.

Can you imagine introducing yourself as “Harvey Weinstein’s lawyer? https://t.co/KfSPunDojq

Rotunno also truly seemed to believe that she's not minimizing the other allegations against Weinstein, and added that she didn't believe that her client was a rapist, attempting to make a distinction between sins and crimes. "I'm not here to say that he was not guilty of committing sins. I'm not here to say that at all," she told King. "But there's a difference between sins and crimes and I don't think he's a rapist. I don't believe he's a rapist." When King wondered aloud if Rotunno and her case were making it harder for women who had been raped or sexually assaulted to come forward, the lawyer emphasized that she truly believed that she was making it easier for survivors to come forward, saying that the first thing women should do if they "really are in a position that they feel uncomfortable", is to report their experience. "They should go to the police and I think that that sort of weeding out the cases that don't rise to the level of real assaults should help real victims," Rotunno explained, adding, "So no, I think I'm helping them, actually."

Weinstein may be a monster, but the lawyers who enabled him are the real villains in #MeToo takedown ‘She Said’https://t.co/fEZdqpG40T

It's highly doubtful that anyone except Rotunno, and possibly Weinstein himself thinks that the movie mogul is paying "the biggest price there is", in this situation. In similar news about Weinstein's tactics to save his questionable reputation, a memo sent to Weinstein by Lisa Bloom, his lawyer at the time the allegations hit the news, was recently made public and reads like a to-do list for any high-powered sexual abuser. In the memo, Bloom presented her then client with a play-by-play strategy to silence and defame actress Rose McGowan, one of Weinstein's loudest accusers. Strategies include standard PR tactics such as putting one's name to a cause that appeases critics, and engaging in friendly contact with McGowan. But the memo also takes a much darker turn when Bloom suggests a "counterops online campaign to push back and call her out as a pathological liar."

It's a triumph & it exposes predators AND enablers

"A few well-placed articles now will go a long way if things blow up for us down the line," Bloom's memo continues. "We can place an article re her becoming increasingly unglued, so that when someone Googles her this is what pops up and she is discredited. We have all the facts based on publicly available information." Considering that Weinstein's strategy to deal with serial sexual assault allegations is more than a little dirtbag-like, it's not surprising to hear Rotunno vociferously stand up for her client in a televised interview, and it's even less surprising that the man pled not guilty. Weinstein's trial is set to begin in January 2020, but it hasn't yet been determined whether he'll take the stand. Gloria Allred, who represents accuser Mimi Haleyi, is imploring him to do so, saying in a statement to CBS News, "I challenge Harvey Weinstein to take the witness stand and deny under oath the testimony of  prosecution witnesses against him."