They are neighbors with the likes of Oprah Winfrey and Ellen DeGeneres. 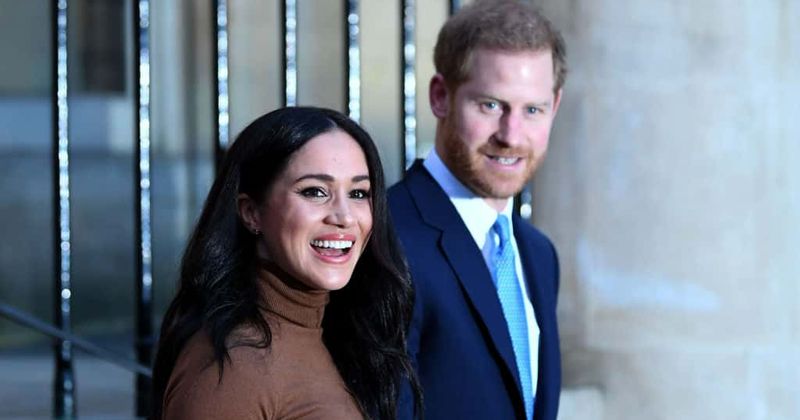 Harry and Meghan Markle have finally decided to settle down for good in the US, moving into a house in Santa Barbara last month, reports PEOPLE. Following their renunciation of royal titles and moving away from the UK, they stayed briefly in Vancouver and Los Angeles. In LA, they stayed in Tyler Perry's 12-bedroom mansion in Beverley Hills. Now, the former senior royals have moved to their own dwelling in a seaside suburb of the Montecito community, known to be home to other high profile celebrities such as Oprah Winfrey, who has a sprawling $90 million mansion with views of the ocean, Rob Lowe, and Ellen DeGeneres, to name a few. Santa Barbara is one of the wealthiest communities in the country with homes that cost around $100 million. Oprah and DeGeneres own many properties in the community. Ashton Kutcher and Mila Kunis also own a house nearby. A representative of the couple said, "The Duke and Duchess of Sussex moved into their family home in July of this year."

The representative added, "They have settled into the quiet privacy of their community since their arrival and hope that this will be respected for their neighbors, as well as for them as a family." An unnamed source quoted by Page Six said, "They are not houseguests of Oprah or anyone else, they bought this home themselves. This is where they want to continue their lives after leaving the UK. This is the first home either of them has ever owned. It has been a very special time for them as a couple and as a family — to have complete privacy for six weeks since they moved in. They intend to put down their roots in this house and the quiet community, which has considerable privacy. This is where they want to bring Archie up, where they hope he can have as normal a life as possible.”

The source added, “Harry and Meghan never intended to make Los Angeles their home. It was a good place for them to be upon their arrival in the US to be close to Meghan’s mom (who lives in LA). They have thought about this carefully and researched it well. This is the place where they plan to be happy, make good friends and bring up Archie, giving him the chance to play with other children his age." The couple was perturbed by the invasion of their privacy recently, with some media outlets taking pictures of their son Archie using flying drones while they were living in Perry's house. The couple hired Perry's private security team to man the property and make sure no more breaches took place.

The source said further, "Harry and Meghan are both very upset by this breach of privacy, but that wasn’t the reason they left Los Angeles. They were already in the process of buying their home in Santa Barbara. While it was a nice favor to them at a very difficult time, Tyler Perry’s house with 18 bedrooms isn’t Harry’s style. Yes, he grew up in royalty and the halls of Buckingham Palace, but he prefers more intimate homes with character.” Their latest pad in Santa Barbara is their second home. In the UK, they had moved to Frogmore in Windsor after getting married. The renovations that had taken place cost $3 million. Speculations that the bill for their stay and security outside Britain would be footed by respective governments were denied by the governments of Canada and the US.