Diamond's music career has lasted more than 60 years and during that time, he delivered many classics. 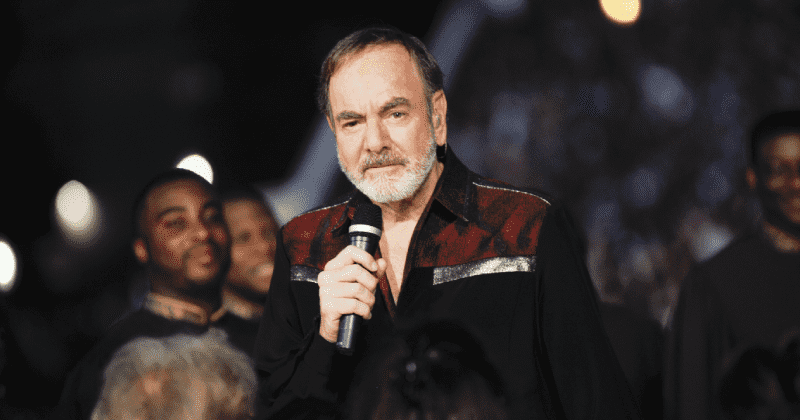 Neil Diamond celebrated his 80th birthday this week and we can't help but look back at his incredible career that's lasted more than 60 years! The singer has sold more than 100 million albums and that alone speaks for Diamond and what he means to people the world over. He had many iconic tracks including Cracklin' Rosie, Sweet Caroline, Song Sung Blue, I've Been This Way Before, If You Know What I Mean, and America. Neil Diamond made history when his song Sweet Caroline was selected by the Library of Congress, in 2019, for preservation in the National Recording Registry for being "culturally, historically, or aesthetically significant." Not to mention the track is a staple at baseball games so it's a song majority of the Americans have grown up listening to.

Diamond was born in Brooklyn on January 24th, 1941, and moved around with his parents a lot. He even attended a private school with Barbra Streisand at one point. He got his first guitar at the age of 16 and mostly wrote poems to impress girls. He was into fencing and got into New York University on a fencing scholarship, studying pre-med. One of this his best friends at NYU and classmate, Herb Cohen, would go into become an Olympic fencer, reported Promipool.

The singer dropped out of NYU, just 10 units short of completing his senior year. He went on to focus on his music and took up a 16-week job to write songs for Sunbeam Music Publishing. He wasn't rehired by them but did manage to release his first song with his friend Jack Packer in the 1960s. That enabled him to sign with Columbia Records. He was dropped by Columbia later but it didn't stop him from making his own music. He released Solitary Man, Cherry Cherry before striking gold with 1969 hit Sweet Caroline which topped the charts. From there, Neil Diamond career was always on the up as he released more of his iconic tracks. Neil Diamond was at the peak of his powers in the 70s and delivered the number 1 single, Cracklin' Rosie. He also played at 7 sold out concerts at the Greek Theater in Los Angeles. He earned a Grammy and a Golden Globe for Best Original Score for the film Jonathan Livingstone Seagull in 1973. His records were selling like hotcakes and were incredibly popular all over the world. He toured all over the world and had much success.

He would be nominated for the Grammy and Golden Globe again for his work in the film The Jazz Singer, in the 1980s. The movie album went on to sell more than 5 million copies and included the classics America, Love on the Rocks and Hello Again. Neil Diamond is one of the best-selling musicians of all time and has made a total of 34 studio albums. His recent work, ranging from the 1990s until 2011, alone sold more than 17 million albums in the United States.Some of his recent work includes the albums Melody Road and Acoustic Christmas.

Neil was inducted into the Rock and Roll Hall of Fame in 2011 before being awarded a star on the Hollywood Walk of Fame in 2012. In 2018, his contribution to the music industry was recognized with the Grammy Lifetime Achievement Award. He put an end to his tours after he was diagnosed with Parkinson's disease, which he announced last year. He is currently married to his third wife, Katie McNeil, and has four children from his previous marriages. Here's a happy birthday to the icon!