William Shatner, known for his iconic role as Captain James T Kirk, has left a gift for future generations. 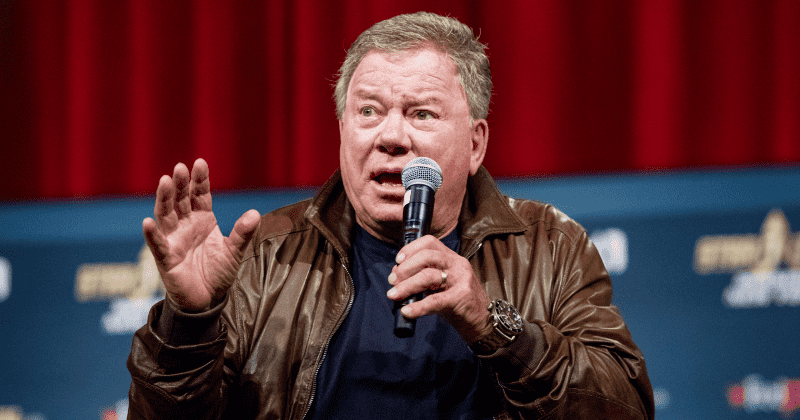 William Shatner, who's most famous for his role as Captain James T Kirk from Star Trek, turned 90 this week. Even as everyone wished him on his birthday, March 22, Shatner couldn't help but joke about it. "Well! I must say that the reaction to a 90th birthday is overwhelming. Don't you people have better things to do?" he wrote on Twitter. "Thank you to everyone for your well wishes and love!" The actor is always associated with Star Trek but his body of work in films and TV is stellar in itself, having starred in Miss Congeniality, Over The Hedge, TJ Hooker, and Boston Legal among other things.

Shatner, born on 22nd March 1931, celebrated the milestone birthday by immortalizing himself. He announced an interactive, conversational AI-powered version of himself in a video, to preserve his memory and legacy, reported People. Shatner said the AI-version of himself would be created as part of a partnership with StoryFile. He is also the brand ambassador for the technology company. The AI-video will allow friends and family to interact with him for years to come. The video is expected to be made available from May. "This is for all my children and all my children's children and all my children's loved ones and all the loved ones of the loved ones," said Shatner, before adding, "That's my gift to you down through time."

Shatner's video was created using patented "Artificially Intelligent Interactive Memories System" on Conversa, which uses natural language processing and other innovative technologies, a press release from the company states. StoryFile co-founder and CEO Heather Maio-Smith borrowed one of Shatner's iconic lines from Star Trek to underline his contribution to the technology. "William Shatner is going where no one has gone before," said Maio-Smith. "Generations in the future will be able to have a conversation with him. Not an avatar, not a deep fake, but with the real William Shatner answering their questions about his life and work. This changes the trajectory of the future — of how we experience life today, and how we share those lessons and stories for generations to come."

The one and only @WilliamShatner shares how he celebrated his milestone birthday, offers some words of wisdom on the journey of life, and how he has the energy to keep up with all of his projects, including his new film, #SeniorMomentMovie! pic.twitter.com/0AonByld2W

While we've all watched Shatner as Captain James T Kirk a million times over, the star admitted that he has never seen an episode of the iconic show since it was aired between 1966 and 1969, reported Yahoo News. Shatner said it's too "painful" to watch himself act as Captain James T Kirk. "I have never watched Star Trek. There are many episodes I don't know, there are some movies I don't know." The only franchise movie he has watched is Star Trek V: The Final Frontier, but only because he directed it. "I directed one of the movies — No. 5 — I had to watch that one," said the actor, before adding, "But it's all painful because I don't like the way I look and what I do."

William Shatner at 90 (behind the scenes) from StoryFile Conversational Video on Vimeo.

The actor is currently awaiting the release of his latest project, Senior Moment. The film sees Shatner play the role of Victor, a retired NASA test pilot whose license gets taken away after he's found speeding in his vintage Porsche convertible with his best friend Sal (Christopher Lloyd). He then takes a life-changing bus ride where he meets a free-spirited Caroline played by Jean Smart. "In Senior Moment we play characters who are so different with such different lifestyles that it's fun to see them negotiate a romance; as a friend of mine says: 'They fill in each other's gaps,'" said Smart.

📸: From @NASAJPL in 2017, sending a message of friendship across the stars for Voyager's 40th anniversary. pic.twitter.com/XQzmKiVqzi