Halle Berry Skateboards In Bikini Bottoms As She Turns 54, Says 'Life Just Gets Better And Better'

Age is just a number for the Oscar-winning star. 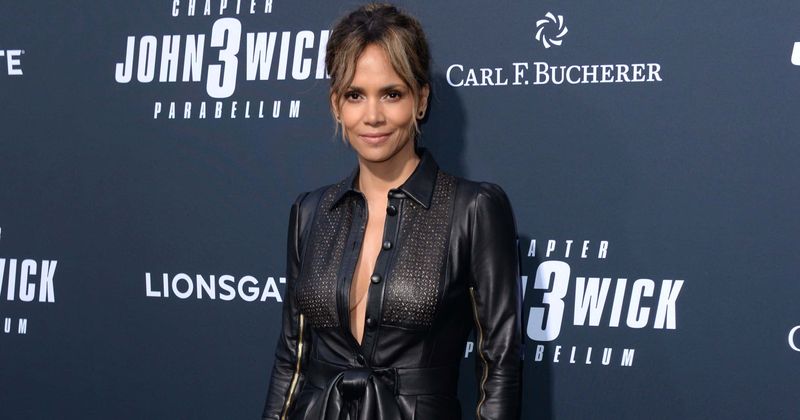 Halle Berry just turned 54 this past Friday and it sure looks like time has no bearing on the ageless beauty. Berry shared a sizzling picture of herself on Instagram skateboarding in a street bare feet while sporting a white t-shirt and flowery bikini bottom. She looked casual with her long hair that was untied and a no-makeup look. She captioned the picture: 54....life just gets better and better! Many celebrities commented on how splendid she looked and wished her on her special day. One of them was Reese Witherspoon, who commented: Get out of here ! This pic made my day !! 🌈 🤗HBD!! Mindy Kaling also wished Berry, calling her an "iconic lady."

The wishes and admiration poured in from the likes of Julianne More and rapper Meghan Dee Stallion, with the post getting over 800,000 likes. The picture appears to be from an earlier video she had uploaded on July 24 on her Instagram page, which showed her skateboard and in a carefree mood. She had captioned the video: Happy #FitnessFriday everyone! Today I want to share an important reminder - HAVE. FUN. Workouts don’t always have to be strict or goal oriented. Discipline is great, but it’s not everything. So get out there, try something new! Something that makes you laugh and smile - skateboard, bike, swim, roller-skate, chase your kids, do cartwheels. The endorphin rush will still be there, those calories will still burn, and most importantly - you’ll cultivate a little extra joy in your practice. Happy Friday!! ♥️

On Twitter, Berry's fans could not help gushing about their star. Charles Turner straight-up asked her to marry him and wrote: End my crush and marry me Halle. It's on my bucket list to have the hottest wife on the planet!  RevRobtLWolfe tweeted: Happy Birthday, dear Queen Halle Maria!!..you know what a wise man, ...once shared : ...that we all,..are getting : 'better';..and not older!..In your case of "blessing" from Heaven Above : ...it's called ; "eternal youth!";..and you are only old as you 'think'!...[Best to you!]. Berry shared another snapshot in which she's wearing a black bikini on Twitter and her Instagram accounts on August 16, to carry forward her birthday celebrations.

She captioned this one: Leo Season in full effect with the hashtag #BirthdayWeekendVibin that got double the number of likes and comments. The post was liked over 2 million times and got the temperatures rising. The video shows Berry strolling in a beach with shades on. Again, celebrities flocked to offer their obeisance to the goddess. Rocker Lenny Kravitz commented: Miss Berry, Miss Berry, Miss Berry!  and it was followed by rapper Ashanti, who commented: Happy Birthday Beautiful!!! ❤️❤️. Berry has often showcased her flawless figure in many other Instagram posts. In a post about a week ago, she featured an orange bikini and wore a hat. This picture was captioned: Never been a shady beach and was like by some 350,000 of her followers.

The Oscar-winning actress has two children, a girl named Nahla, 12, from her ex-boyfriend Gabriel Aubry, and son Maceo, 6, from her third ex-husband Olivier Martinez. From the looks of it, age is just a number for Halle Berry.