"Mr. Trump if you want to stay president, poke a sharp stick at the guys, otherwise, you may forget this ambition forever," the hacker stated. 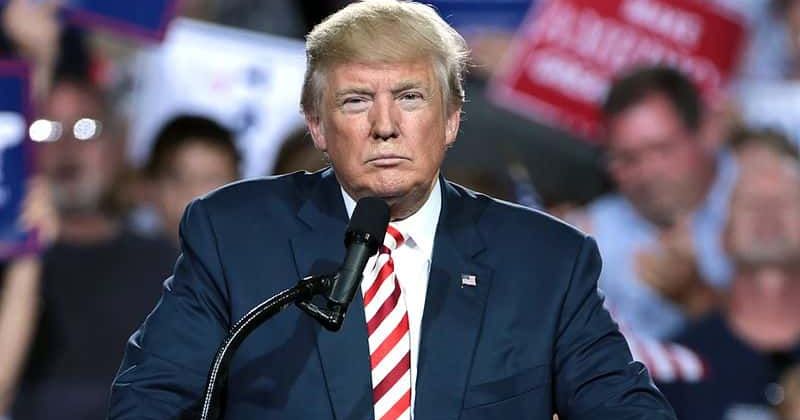 An A-list law firm that manages the likes of Madonna, Drake, Lady Gaga, Elton John, Robert De Niro, U2, and Bruce Springsteen was hacked last week. The law firm, Grubman Shire Meiselas & Sacks' website is down after the attack. The hackers claimed to have accessed 756 gigabytes of data including contracts and personal emails of their celebrity clients. The hackers threatened to release the documents to the public and demanded a ransom of $21 million from the law firm, reports the BBC. But the hackers have a bigger game plan in mind now and have also upped the stakes to twice the original demand.

The hackers now have in their possession, sensitive information about President Donald Trump. "The ransom is now $42,000,000,” the hackers said on their dark web site, as seen and reported by VICE News. "The next person we’ll be publishing is Donald Trump. There’s an election going on, and we found a ton of dirty laundry on time." They then addressed the president directly and stated, "Mr. Trump if you want to stay president, poke a sharp stick at the guys, otherwise, you may forget this ambition forever. And to you voters, we can let you know that after such a publication, you certainly don’t want to see him as president."

“The next person we’ll be publishing is Donald Trump... we found a ton of dirty laundry... after such a publication, you certainly don’t want to see him as president.”

To be fair, there is enough information about Trump already available to the people, that is probably as bad as what they claim to be is his "dirty laundry." He was almost impeached for his shady business with Ukraine to one-up his opponent Joe Biden. Almost. But he managed to evade that as well including suffering consequences for his sexual assault. From pedophilia to chest-beating locker room talk that was made public just before he was elected, at least 24 women have come out with allegations against him. None of this has made a difference to his public image among his followers. The hackers can only hope to make a dent in his reputation by threatening the leak of his "dirty laundry".

Madonna's contract for #MadameXTour was leaked in a dark web forum (none member here) in full. Revealed she pays her crew & dancers near nothing, might as well been on a slave ship, lol. Her law firm, Grubman Shire Meiselas & Sacks (represents other acts 2) was hacked.

But it is still unclear how the ransom demand from the law firm has anything to do with the president since he is not known to be a client of theirs. But the firm released a statement addressing this cyberattack and said, "The leaking of our clients’ documents is a despicable and illegal attack by these foreign cyberterrorists who make their living attempting to extort high-profile U.S. companies, government entities, entertainers, politicians, and others." The hackers even posted a screenshot of a contract for Madonna's World Tour 2019-20 that included their signatures from an employee and concert company Live Nation. "Grubman, we will destroy your company down to the ground if we don’t see the money," the hackers stated.

Here's a directory of the stolen data that REvil claim to have possession of. And a screenshot of a Madonna touring contract. Potentially some very sensitive stuff here. Thanks to @emsisoft for the info. pic.twitter.com/5eJhfDeQxG

It has been identified as a ransomware attack from known as Revil or Sodinokibi in which cybercriminals use to threaten releasing stolen data as leverage to extort payment. The same ransomware was also used in the cyberattack on the Travelex network in January of this year. "Paying the ransom does not guarantee that the attackers will not do anything with the data," Hugo van den Toorn, manager of offensive security at Outpost24, told VICE News. "As a matter of fact, the worst has already happened; the company’s reputation has been impacted. Paying and dealing with the threat actors might, therefore, be the absolute last resort." A source also told Page Six, that Grubman was refusing to negotiate. "His view is, if he paid, the hackers might release the documents anyway. Plus the FBI has stated this hack is considered an act of international terrorism, and we don’t negotiate with terrorists.," they said.

Obviously there are some other factors at play, but a company having 2/3 of its market cap wiped out in a month puts the cost of security into perspective.