trending celebrity people lifestyle news animals
Laughing Teens Push 74-Year-Old Man Who Was Fishing Into The Water, Leaves Him With A Bloody Nose

Laughing Teens Push 74-Year-Old Man Who Was Fishing Into The Water, Leaves Him With A Bloody Nose 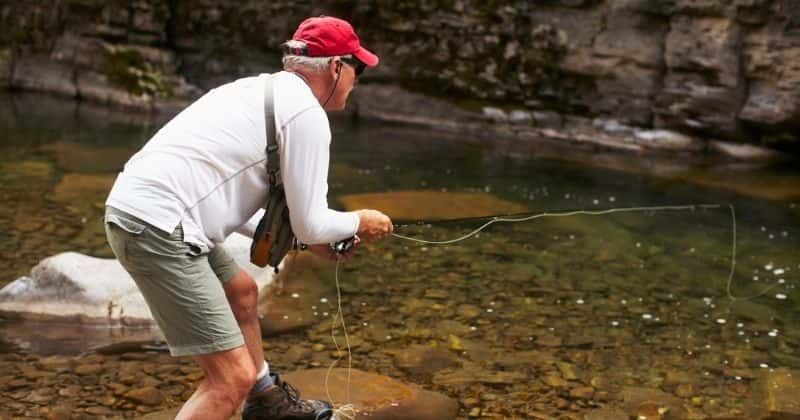 A 74-year-old man was pushed into the freezing River Mersey, a  famous waterway in Warrington, a town in Cheshire, England. Police suspect a group of youths had pushed the pensioner while he was standing on the bank of the Mersey fishing. The two or three male youths had pushed him in between 2.30 p.m. and 3 p.m. on Sunday (April 25). A video of the incident revealed that the elderly man was kicked with force from behind by a person dressed in a black gilet, reports Cheshire Live.

A gang of rancid thugs filmed the shameful moment their friend fly-kicked a 74-year-old man into the River Mersey.

The disturbing footage, shows the pensioner standing on the bank of the Merseywhen he is kicked with force from behind https://t.co/gNjkA6IWk3

The group of boys reportedly laughed after pushing the old man and fled the scene. Fortunately, two young 14-year-old girls who were nearby spotted the man and came to his aid. They even offered to get an ambulance for him after he sustained an injury following the incident, but he declined and chose to walk home instead. After being pulled out, he informed his family who reported the incident to the authorities. The man was badly shaken and walked home wet and freezing cold. According to the Daily Mail, Sergeant Mark Spaven, of Warrington Local Policing Unit, said, "This was a shocking and upsetting incident which has understandably left the gentleman shaken. He returned home freezing cold and had sustained a cut to his face due to banging his head as he fell into the water. We are determined to find those responsible and I am urging anyone who has any information or believes they know who did this to come forward. I also want to appeal to the two women who thankfully came to his rescue to please get in touch with us as you could have information which could help our investigation."

Man, 74, pushed into River Mersey by youths in Warrington https://t.co/PIJHSoVH4S

Police have urged anyone with information about the incident to come forward. As of now, a teen has been arrested following the incident. Cheshire Constabulary spokesperson said, "A 15-year-old boy has today been arrested on suspicion of assault and possession with intent to supply cannabis. He is currently in police custody. Inquiries are ongoing to identify the remaining boys." Netizens were shocked at the incident and took to Twitter to express their concern for the elderly gentleman. suze789 wrote: This is horrendous! Got to be evil to do this to anyone never mind a 74 year old man. What has the youth of today come to

It’s shocking watching the news and seeing the story about that 74 year old man in Warrington who was kicked into the River Mersey by a 15 year old. I’d love to know what goes through some people’s heads, if I ever did anything like that my dad would have murdered me.

However, not all youngsters badly behave. The school girls who helped the man out spoke about how they got him to safety after the "laughing" teens pushed him into River Mersey in Warrington. Chloe Woods and Ellie Hughes quickly sprung into action and formed a human chain when they saw that the man needed help. Chloe described to ITV, "We were walking past and we heard these people going, 'help, there's a man there', so me and Ellie quickly saw him and just dropped our stuff and went and quickly helped him and pulled him out of the river. He was in a bad state. He was hanging on to a branch, he had hold of my hand and he was saying 'can you help me?' I asked him if he wanted any help but he said no for an ambulance so we just helped him out and cleaned him up and all the blood off his face."

Two heroic schoolgirls have spoken of the moment they rescued a 74-year-old pensioner from the River Mersey after two youths kicked him into the water. The girls both 14, heard the man's cries for help https://t.co/UshvCoi26q

The elderly man had told the girls that he had "just wanted to go fishing on a sunny day". He later thanked the girls for their help before walking home to his family.
Ellie Hughes said, "We were making sure he was alright, asking how far he had to walk, how far until he got home." Ellie admitted that she was surprised to see him in the water. She said, "When it happened I was very shocked and disgusted that people would go around doing that to people, an elderly man as well - it's not right."

Daily Mail reports that the elderly man's daughter intends to take the two girls out for coffee and cakes over the weekend as a thank you for saving her father's life. Jacinta said, "They literally saved him, held his head out of the water and struggled to pull him out whilst his down jacket filled with water. It has been really hard for the family to be honest, my father goes fishing almost daily along various rivers in Warrington and I fear it will stop him living his normal daily life now from fear."

Understandably, the 74-year-old man has been traumatized following the unprovoked incident. The daughter continued, "He has been in real shock since and according to my brother been crying since.  He recounted the story to us and was in floods of tears saying how he thought he was going to die. At first he didn't know what had happened, he thought he had had a heart attack and didn't know what was going on he'd gone in head first."

To make matters worse, a memorabilia, in the form of a silver dollar keyring was lost in the river after his fall. It belonged to his father whom he never knew. "It's a really little thing but sad, my dad never knew his father but had a silver dollar from him that he had made into a keyring. He has kept the all his life and it's the only thing he has that is a connection to him and he has lost it in the river."