Each of the images gives off a sense of nostalgia of times gone by. 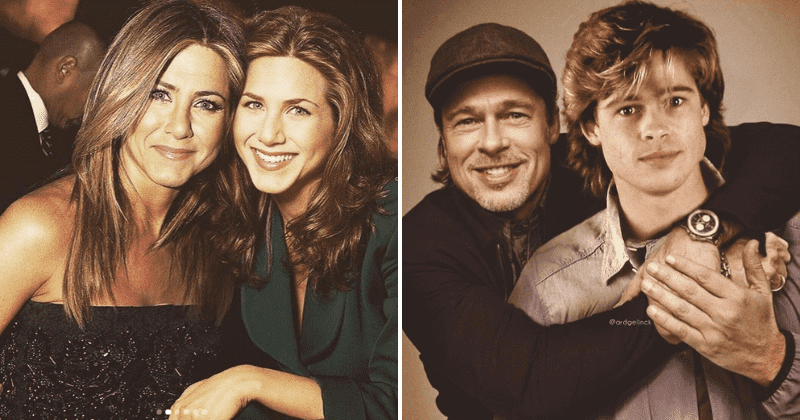 Time travel is possible - at least through cleverly photoshopped photos. This what Dutch graphic designer Ard Gelinck captured when he came up with an ingenious idea to photoshop famous people next to pictures of their younger selves. The final image, where the present-day celebrity is seen hanging out with their younger self, gives you a sense of traveling through time. These inventive pictures make you really marvel at the advanced technology we have on our hands today.  The graphic designer has been working on these kinds of photomontages for around 10 years now and it doesn't look like he's running out of ideas.

The graphic designer said he's always trying to challenge himself when it comes to Photoshop. "The 'Then and Now' series is quite old when you consider that me and my brother made the first image for it about 10 years ago," Gelinck told Bored Panda. "About 5 years ago, I edited pictures for a lot of Dutch celebrities and it was a success, so I later started working with foreign celebrity photos. The first one was Madonna, and she even posted my image on her own Instagram."

Gelinck has well over 250K followers on his Instagram profile who love his regular uploads. We've selected our favorite ones from his catalog to show you!