The entire rant was captured on video and later posted on Youtube. 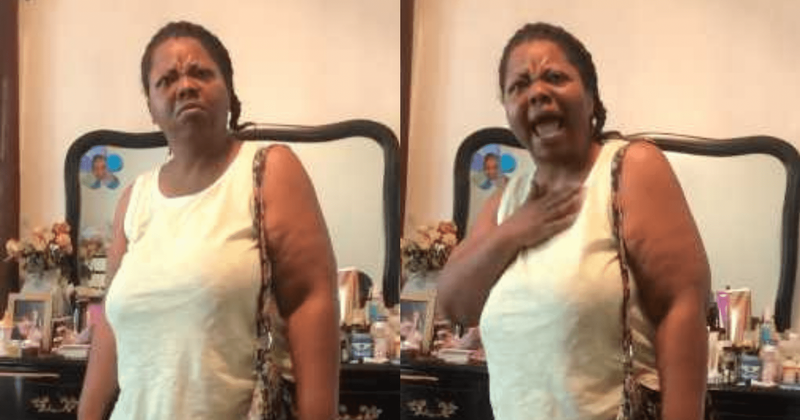 Grandparents love taking care of their grandchildren. But, sometimes they feel like they are taken advantage of by their children. In this instance, it is Texas resident Quayla Ann's mom who feels aggrieved that her daughter is using her as a free daycare provider. She even lays down the law in a now-viral Youtube rant where she blames millennial parents for having a baby and not necessarily having the means to care for them. She says she doesn't want to be an on-call babysitter for her grandkids.

The four-minute video shared in December 2019 has been viewed by over 1.4 million people. "Let me tell you, the new generation, y'all millennial, you got it all f**ked up," the grandma told her daughter, who was capturing the entire thing on video. "Because I became a grandparent does not automatically make me the babysitter or a day care. Grandparents -- true grandparents -- they're supposed to raise their children right to where y'all start having kids, you can ... provide for your own children and secure their daycare so you can go to work, so you can go out, so you can do anything else," she fumed. "True grandparents are supposed to be able to call their grandkids. Y'all supposed to come over and visit."

When Quayla asked her mother if she would be available to babysit during the summer, she stated point-blank that summertime was for "daddies, as y'all got split custody." She continued, "Grandparents are supposed to be able to come to your house and stay with you and visit with their grandkids. You are supposed to drop your kids off when the grandparents call for them and in their leisure time. Grandparents are not supposed to be daycares." The grandma concluded her rant by adding that everybody has a life and their time needs to be respected. "We have our own life," she said. "We worked very hard to get everybody out of the house. Why would we want to raise your kids and keep your kids?"

Despite her protestations, she shared that she wants to spend time with the grandkids but on her own terms not when the parent needs someone to take care of their child. "No it ain't supposed to be dropping them off when you want to ... No! ... It don't go like that. You know why? Because we already had our life with raising kids," she said. "We aren't supposed to be tied down raising fu**king kids. We're supposed to be gardening, going to the senior citizen's place, bingo ... That's what we raise you all for, to be able to take care of your kids." She even offered a damning verdict on how entitled the generation is and it didn't seem out of place.

"Y'all got a sense of entitlement," she said. "Y'all think that just because I'm the mom, I'm the grandma, that you're supposed to push your kids off on me. That's not how it goes. But it takes strong mothers like me to let you know that s--t don't go like that. To get it right." Having raised five kids of her own, she certainly knows what she wants. "I'm here to support ... that's what grandparents are supposed to do," she concluded. People on the internet agreed with the grandma. Niya Mariner wrote: "She is trying to say: Don’t have kids if you don’t want to put your full time into taking care of them, you make a baby you take care of it." MelYer added: "Grandma ain't messin' around. She is preaching the truth. I like her, and I agree."