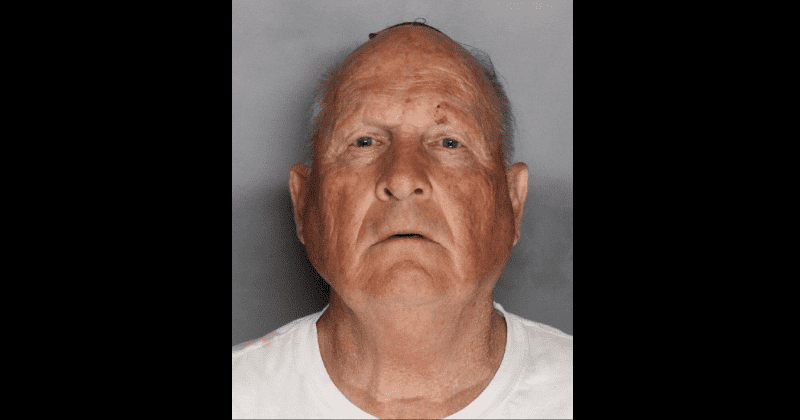 Forty years ago, a secret suburban predator was sexually assaulting and murdering people in California. In a series of violent murders, the culprit was never disclosed until a 74-year-old former police officer Joseph James DeAngelo plead guilty to being the elusive Golden State Killer. DeAngelo made his statement on Monday where he admitted to a wave of crimes stretching back to the 1970s, including 13 murders, 13 kidnapping-related charges, and dozens of sexual assaults, BBC​ reported. A plea deal was made where the DeAngelo will face a sentence of life in prison without any possibility of parole. However, this plea deal spares DeAngelo the death penalty. Prosecutors have called for capital punishment as this was a highly complicated case and the advancing age of many of the victims and witnesses.

BREAKING: Joseph DeAngelo pleads guilty, admits to killing 13, other uncharged rapes. He is officially the #GoldenStateKiller.

It was in 2018 that DeAngelo was arrested after law enforcement compared DNA samples from the crimes committed in the 1970s and '80s across 11 California counties with that of users on the open-source genealogy website GEDMatch. California police and federal investigators were hot on this 'Golden State Killer's trail for decades, trying to piece together the murders. It took several years for law enforcement to connect the series of assaults in central and northern California to later killings in southern California.

It comes decades after a string of murders terrorized California in the '70s and '80s.https://t.co/U89NUaQWdA

Thien Ho, the Sacramento county prosecutor, said that DeAngelo made certain incriminating statements following his arrest in 2018. The murderer allegedly claimed that he was driven by an internal force he couldn't control. "I didn’t want to do those things," DeAngelo said, according to Ho, "I destroyed all their lives. So now I’ve got to pay the price." Regardless, the day has finally come for DeAngelo ."The scope of Joseph DeAngelo’s crimes is simply staggering," Ho said. “Each time he escaped, slipping away silently into the night.”

Here is the video. pic.twitter.com/YU0DA3IdA2

Two years before his arrest, the case gained renewed attention in 2016 when the Sacramento district attorney announced the creation of a task force to identify the killer. Even the FBI put up a reward of $50,000 for any information leading to his capture. The sheer brutality of his crimes drew a lot of interest from the true-crime community and spawned many a dedicated discussion board and forum online.

Reminder that the Golden State Killer, a serial killer and rapist, was caught in 2018 and turned out to be a cop named Joseph DeAngelo this whole time. pic.twitter.com/J4tKbT1lwb

The hearing on Monday took place in a ballroom at Sacramento State University to account for social distancing. The venue was made to look like a state courtroom with the seal of the Sacramento county superior court behind the judge's chair. DeAngelo was wheeled into the makeshift courtroom wearing a face shield and he spoke in a hushed, and raspy voice, CGTN reported. "It’s a difficult place to be in, to know that at any time he could change his mind and that he is highly manipulative. I won’t believe anything until it is written in ink and approved," Hardwick, a survivor said.

A POLICE OFFICER committed at least 13 murders, more than 50 rapes, and over 100 burglaries.

So don’t you ever dare ask why people are afraid to report.

DeAngelo's background had him participate in the Vietnam war as part of the US navy. He is a father-of-three and worked as a police officer in communities near where the crimes took place. He worked with law enforcement in the Central Valley town of Exeter from 1973 to 1976 and was fired from his job at the Auburn police department in 1979 following an incident where he allegedly shoplifted dog repellent and a hammer from a Pay n Save store. He went on to work at a Save Mart distribution center later on, according to The Sacramento Bee, and was supposed to be living with his daughter and grandchild in a suburb of Sacramento when he was arrested in 2018.

"I’m going to be really happy to have this be done. I’m tired of him having any real estate in my head,” said Jennifer Carole. Carole’s father, Lyman Smith, and his wife, Charlene, were bludgeoned to death in their Ventura home in 1980 when Carole was just 18. Her 12-year-old brother discovered the bodies. “You can’t get your people back. You can’t get your sense of safety back," Carole added. "He stole something from everyone in California that endured his terrorism."   DeAngelo’s victims expect to confront him at a sentencing hearing in August.