The actress, who was popular for playing Alice Mitchell in the '60s classic, died a day after celebrating her birthday. 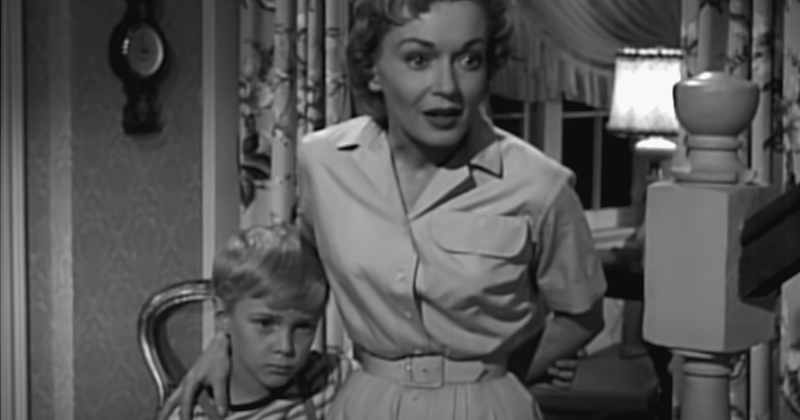 Gloria Henry, the actress who was popular for playing Alice Mitchell in the 60s comedy show Dennis the Menace, has passed away. She was 98. Henry died on Saturday, a day after celebrating her birthday at her home in Los Angeles. The news was confirmed by her daughter, Erin on her Instagram. "She’s flying now, free of her body. She left on a countdown 4 3 2 1 @ 3:40 pm," the interior designer wrote. "She was such an incredible woman in so many ways. This last year with her has been beautiful and heartbreaking. Thank you all for following me and supporting me on this journey - this beautiful land mine. Goodbye Momma, I love your guts forever."

The death came only a day after her birthday on Friday. On her birthday, Erin had posted a birthday card sent by cartoonist Marcus Hamilton, the artist who created Dennis the Menace, a comic that has appeared in newspapers for decades now. Hamilton even customized the card for Henry, thanking her for being the best mom Dennis could have on-screen. Erin says it made Gloria's day to see it. "...you definitely put a smile on her face!" she wrote, thanking Hamilton for the card. Though Henry made a living with plenty of B-movie roles, she was catapulted to all-American fame after starring as the loving character opposite Herbert Anderson on the Screen Gems for four seasons starting 1959.

In a 2011 interview with NJ, per The Hollywood Reporter, the actress fondly remembered the character she continues to be remembered for and said: "Many of the fans say, 'Oh, I always wished you were my mom' and 'My mom was jealous of you, because I wanted you for a mom. Which is pretty funny, because I don't think my own children felt that way." Henry starred alongside the Singing Cowboy Autry in The Strawberry Roan (1948) and Riders in the Sky (1949), and also played William Bendix's daughter in Kill the Umpire (1950). Some of her other roles included Miss Grant Takes Richmond (1949), Johnny Allegro (1949),  and Rancho Notorious (1952).

I'm just reading about Gloria Henry's passing. She's always such a fresh and fun presence in everything she touched. She was such a talented performer and a her long-lasting career will be remembered. pic.twitter.com/ghqK2ElYRY

Henry was born Gloria Eileen McEniry on April 2, 1923. Her best work came when she signed a contract with Columbia Pictures and starred in Sport of Kings, Keeper of the Bees, and Bulldog Drummond Strikes Back all in 1947. She took a hiatus from acting for quite a while before returning for shows like Dallas, Doogie Howser M.D., and Parks and Recreation. According to Deadline, she was married to architect Craig Ellwood from 1949 to 1977. They had three children, Jeffrey, Adam, and Erin.

Happy 98th to actress Gloria Henry, better known as the mom for Dennis the Menace in the 1950s. #BOTD #Pinup pic.twitter.com/p6tTSTuk7D

The internet fondly remembered Henry for being everybody's favorite maternal figure on TV. James L Neibaur wrote: "I first knew of Gloria Henry when I was a kid and she was the mom on TV's Dennis the Menace. I later caught up with her work in movies with everyone from George Raft to The Bowery Boys. RIP." Ballulah added: "Rest in peace to Gloria Henry, the beautiful starlet, and TV star died at her home on April 3, 2021, the day after her 98 birthday. You will be missed, I wish your family all the best." Kim Pierce echoed the sentiment. "I'm just reading about Gloria Henry's passing. She's always such a fresh and fun presence in everything she touched. She was such a talented performer and her long-lasting career will be remembered."

Gloria Henry, who played Alice Mitchell on the television series Dennis The Menace, passed away on April 3, 2021. She was 98. Here she is with the cast on the cover of The Chicago Daily News TV Magazine dated August 7-13, 1960. R.I.P. pic.twitter.com/DSIp36GC3X