Videos of Jenna Phillips, a 21-year-old from Austin, Texas, on her social media accounts has recently earned her many followers 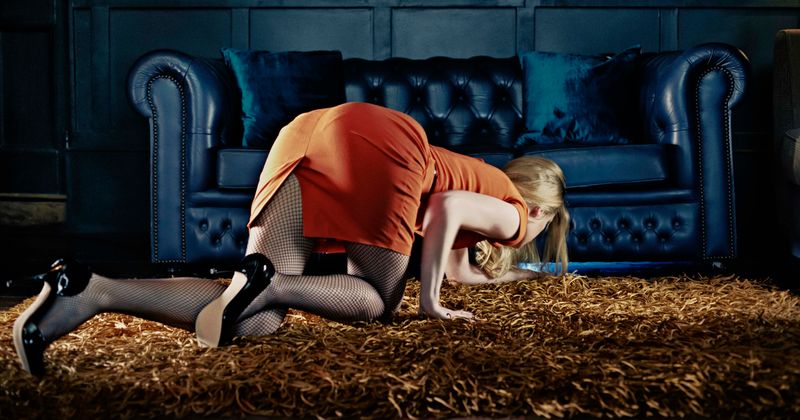 Trigger Warning: The story has videos, images, and details of a particular kink that readers may find uncomfortable.

There are people out there with a lot of weird kinks. None quite as weird a 21-year-old girl from Austin Texas, who has been grabbing eyeballs for pretending to be a dog in her social media videos. Jenna Phillips goes by the name Yourpuppygirljena on her social media accounts including TikTok, Twitter, Instagram.

If some reports of her are to be believed, she apparently quit a regular job to pretend to be a dog full-time and is also earning a six-figure salary. She has apparently posted just a few videos so far but already boasts of thousands of followers as this comment on Quora last month highlighted. "Yourpuppygirljena is a TikTok star who recently skyrocketed to fame after she posted videos online pretending to be a puppy. Her rise was meteoric," the post stated.

repost hehe forgot to add my tag 🐶 my owner said he is taking me on a walk when he gets back if i’m good 🥳 pic.twitter.com/whGxdGNE2W

It added, "Though she has only posted two videos on TikTok, she has already gained 12.5 thousand followers on her TikTok account. She also got 16.2 thousand likes on her TikTok account. There are videos featuring her eating and drinking out of a dog bowl and playing fetch online. She has described herself as “just a girl pretending to be a puppy” on TikTok. She also has a private Instagram account and an Only Fans account. People suspect all her videos are catering to a fetish community online."

The figures of her following continue to change since she seems to be amassing followers every single day. She has over 26,000 followers on her Instagram account as of Wednesday. According to a Times Now report, the influencer earlier worked as an optician before deciding it was not her calling.

i’m getting a new dog bed today 🥳 what color should it be? pic.twitter.com/Bet98T67yU

She said she always "felt like a puppy" and is presently earning some major money posting pictures and videos of herself where she acts like a dog. In one she is playing fetch with a ball in a garden, in another, she is seen being prodded to jump in a pond by a woman who is in a bikini. There is another dog nearby. Jenna jumps into the water and then retrieves the ball. In another video, she drinks from a dog bowl while she is in a chain. This video seems to be shot in a mall with people seen in the background. In another video, she is seen drinking from the same bowl but while sitting in what looks like a restaurant. There are also pictures of her in a dog leash while asking people to take her for a walk. In another video, she is seen sitting on a black couch and then is seen spoken to like a dog where the person asks her to get into her own small dog bed.

In yet another video, she is given dog treats which she excitedly devours. She is also seen chewing on some shoes and flipflops and captions the video "shoes are my favorite." She is, however, let out of the house for doing the same as one would punish a dog for doing such a thing.

Reactions to Jenna's videos have been mixed with some being repulsed at her and her videos. She also has many fans. Twitter handle @blackedoutbby wrote: I’ve seen some of her videos out in public. It’s really sad and her Dom (if she has one) has no respect for the safety of her. These things should be done in private in a safe environment.

Another handle wrote that what Jenna was doing is "insane" and stated: Ok, this is it. I'm done with everything. The world, and everyone in it has gone INSANE.