Girl, 5, And Baby Brother Left Alone With Parents' Corpses For 3 Days After They Died In Bed

If it wasn't for a family member, the children might have been stuck in the home for more than three days. 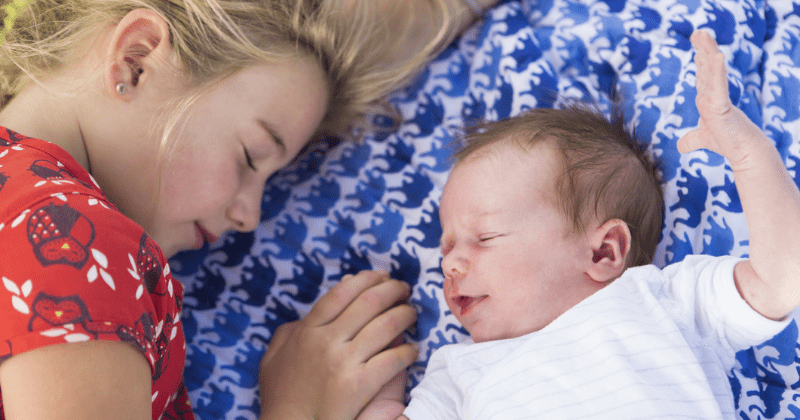 A 5-year-old girl and her 1-year-old baby brother were left all alone when their parents suddenly died after eating poisoned pickles. The kids remained indoors for three days with their parent's dead bodies before help finally arrived. But during these three days, the young kids slept beside the blackened corpses of their parents Alexander Yakunin 30, and Viktoria, 25, who was described as the perfect couple by their close ones. If it wasn't for a family member, the children might have been stuck in the home for more than three days.

Two young children found in flat with lifeless bodies of their parents who 'died from eating poisoned pickles' https://t.co/qT6y62pHvj

According to The Sun, their deaths came to light when a family member became worried about the two as they had not heard from them in a while. Alexander and Viktoria had also missed a family gathering and when the attendees called the couple's home in Bolshoye Kuzomkino, their 5-year-old daughter received the phone. The girl told them that her parents had been asleep for a long time and that her father's body had "turned all black." Moreover, she mentioned that she was had been looking after her baby brother as none of her parents would wake up.

After hearing this, Alexander's sister, Natalia Bakulina, immediately rushed to the couple's apartment where their daughter answered the door and let her in. On entering the apartment 36-year-old Natalia was left devastated to see her brother and sister-in-law laying lifeless in bed. "I ran in… and saw everything," she recalled. "I fell down and screamed." She immediately called the police, dressed up the children, and finally got them out of the apartment, reports Daily Mail. At the time, the exact cause of death for the gas plant worker and his wife was not confirmed.

That being said, they found a jar of homemade pickles open in the kitchen and suspected that it could have caused severe food poisoning. The jar of pickles was reportedly given to the family by Alexander's grandmother a day before their deaths. It is now suspected that botulinum toxin from the pickles might have caused the tragic demise of the couple. Botulinum toxin is a neurotoxins that adversely affects nerves and can cause muscle paralysis according to Cleveland Clinic. "Botulinum toxins occur in soil and contaminated foods. If you consume large amounts of botulinum toxins or the bacteria get into a wound, you can develop botulism. This serious nervous system disorder affects breathing," cause respiratory failure and even lead to death.

The chances of alcohol poisoning is quite low as one of the couple's neighbors, Mikhail Khomchenko, revealed that both Alexander and Viktoria didn't drink alcohol. Describing them as the "perfect couple" the neighbor said, "I have only positive feelings about them." The family, who is now left mourning the couple's death, is left with nothing but questions. "They said we must bury them in sealed coffins. We are shocked. Nobody knows what happened," said Viktoria's mother, Galina Yasturbenko, according to The Sun. As for the pair's kids, they are being looked after by Alexander's father.

Something similar happened in Houston, where an 8-year-old boy fell asleep next to his mother without realizing that she had already died. Ashley M. Garcia, a mother of three, was pregnant with her fourth child when she was tragically beaten to death by her boyfriend, Alexis Armando Rojas-Mendez. The man managed to convince the child that his mother was sleeping and that he should not disturb her, reports Click2Houston. Thus, the unsuspecting child lied next to his mother's corpse waiting for her to wake up. The following day, her body was discovered by police who then began an investigation in search of the boyfriend.