Floyd's 6-year-old daughter said her father was always there for her and added that he was a lot of fun to be around. 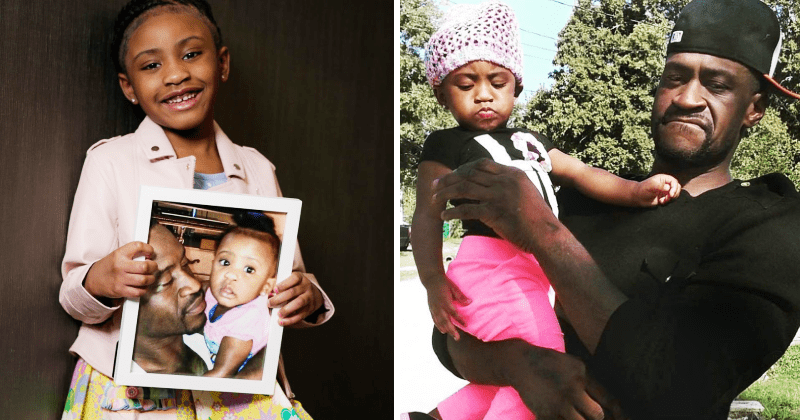 George Floyd’s daughter Gianna posted a heartwarming message for her dad on Father’s Day, along with an image of the pair. The 6-year-old shared the image and wrote: Happy Father's Day in Heaven Daddy... look I took a picture of us with Rainbow on my first photo lesson... I hope you love it 💕#justiceforgeorgefloyd. George Floyd died on May 25, after a white Minneapolis cop, Derek Chauvin, kneeled on his neck for over 8 minutes, causing asphyxiation. Protests broke out in all fifty states to protest racial inequality and police brutality.

Gianna also spoke about her memories of her father in a video, from an interview, that was posted to her Instagram page. “When I was a little baby, dad would do everything for me. Like change my diaper and feed me all of the time and put me to bed. When it was time for my birthday to happen when I was a baby and it was time for my birthday, he would take me to Chuck E. Cheese and he would let me play all the games,” said Gianna. "He was strong and good to me. And he was fun. And he’s always going to be fun,” added Gianna.

Chauvin was charged with second-degree murder and manslaughter while the three other officers — Thomas Lane, Tou Thao, and J Alexander Kueng — were charged with aiding and abetting second-degree murder. The officers were booked only after the video of George Floyd’s death went viral online and drew outrage. Roxie Washington, the mother of George Floyd’s daughter, wants all four officers involved in the murder of Floyd to be convicted. “At the end of the day, they get to go home and be with their families,” said Washington, earlier this month. “Gianna doesn’t have a father. He will never see her grow up, graduate. He will never walk her down the aisle. If there's a problem she's having and she needs her dad, she does not have that anymore," said Washington, according to Business Insider. I'm here for my baby, and I'm here for George because I want justice for him. I want justice for him 'cause he was good. No matter what anybody thinks, he was good."

Roxie said she couldn't bear the thought of her daughter not growing up around Floyd. She is yet to properly explain to Gianna how her father died, only telling her that "he died because he couldn't breathe." She said George Floyd and their daughter shared such a close bond. “He loved her, he loved her so much,” said Washington, reported The Reuters. "Gianna didn't have to play with nobody else because Daddy was gonna play with her all day long. That was his baby. He loved his little girl. She don't know what happened. My heart is broke for my baby. It's broke," she added.

Despite being in possession of bodycam footage, the Minneapolis department claimed that George Floyd had died of medical distress. They refused to acknowledge their hand in his death. In a note titled "Man Dies After Medical Incident During Police Interaction," the Minneapolis department said, "Two officers arrived and located the suspect, a male believed to be in his 40s, in his car. He was ordered to step from his car. After he got out, he physically resisted officers. Officers were able to get the suspect into handcuffs and noted he appeared to be suffering medical distress. Officers called for an ambulance. He was transported to Hennepin County Medical Center by ambulance where he died a short time later. At no time were weapons of any type used by anyone involved in this incident," read the statement.