This story of a gay man exacting revenge on his mom for being homophobic towards him is the holiday drama we didn't know we needed. 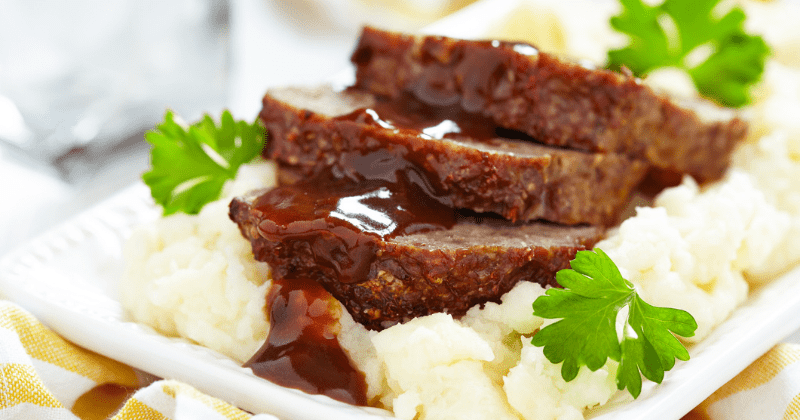 Festivities bring forth a variety of recipes most of us rarely see in our homes. And since Christmas is just around the corner, some of us will be flipping through the special family recipe books in our households in hopes of getting to taste them. The thing with family recipes is they are passed down from generations and is mostly known for a few people as there's a sanctity to them which says it shouldn't really be shared with others. But, this Tumblr user wasn't having it. He shared his mom's meatloaf recipe with the entire world for a special reason—the mom was "super f**ing homophobic" and he wanted to get back at them with sweet revenge.

THIS is the holiday drama we deserve https://t.co/pB0EkWGm7s

Shared on r/Tumblr on Reddit by Mysteries, the post reads: "When I was little my mom's meatloaf was my favorite food. But ONLY her meatloaf. I didn't like anyone else's, and she told me she would teach me how to make it when I was older. And when I was like 19? She finally taught me, but she never told me to tell anyone else and I was like weird but okay. Anyway, she was super fucking homophobic and abusive to me when I told her I was gay, so here's the recipe," and the OP went on to list out all the ingredients used in the dish.

People, however, seemed a little perplexed as the recipe seemed to have one main ingredient missing—bread crumbs. User flowabout pointed it out: "While I appreciate a good revenge loaf, how does one properly make meatloaf without breadcrumbs? Otherwise, it is a loaf-shaped meatball." BlazeNStar backed the recipe up with a good response: "That's why it's so good, no filler whatsoever. Seriously tho, the soup mix might act as a binder and replaces the breadcrumbs." While most people enjoyed the good old fashioned revenge, others began to recount the horrors of meatloaf they have had to contend with over their lives. User AtTanagraTheBeastIs wrote: "My family frankensteined a bunch of meatloaf recipes into one and it literally tastes like it should be forbidden. We have it once a year."

Another use ShrimpBisque shared a positive response with their dad's meatloaf recipe: "My dad used to make a bomb-ass meatloaf," they said. "Into the ground beef, he'd mix chopped bacon, finely chopped onions, shredded carrots, ketchup, and barbecue sauce, with an egg and sometimes a handful of oats to hold it together, then on top, he'd slather more barbecue sauce and stick-on strips of bacon before baking. I think he'd bake it at 375 for at least an hour, I can't remember, but it was the BEST."  The post became quite popular, receiving over 6k upvotes and more than a few hundred comments while also receiving coverage from a host of media before getting extensively shared on Twitter.

This is the story I didn’t know I needed! Lol but meatloaf? Lol. Does a gay man really need a meatloaf recipe? Lol