'Frosty the Snowman' premiered on December 7, 1969, and has been aired on CBS every year since then. 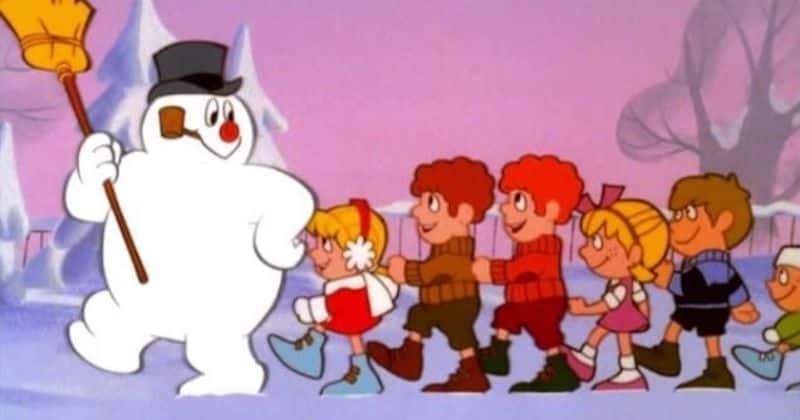 Come Christmas, and it's the time where family and friends get together and exchange gifts and enjoy the festive season in the midst of good food and company. However, with the ongoing pandemic, a lot of this has been canceled to avoid spreading the virus. Despite the unavoidable circumstances, it's more important than ever to lift our moods and get into the spirit of the holiday season. So, how do you do it? Well, start by making yourself a warm cup of hot chocolate, curling up under a blanket, and binge-watching Christmas movies.

I watched Frosty the Snowman, and I'm dying from his cuteness. pic.twitter.com/wCKrDTnBSK

But are you confused about which movie to watch first? Don't worry, we've got your back. Why don't you kickstart the merry season with one of the most iconic films of all time: Frosty the Snowman? This will bring back all those nostalgic memories of you enjoying Christmas without a care in the world as a child. In addition, did you know that Frosty turned 51 this year, and what better way to pay homage to him! That's right, Frosty the Snowman premiered on December 7, 1969, and has since been aired on CBS every year, reports KOEL.

Thinking about how my grandma would always watch the same movies with us over and over. Never said she was tired of them. We’d memorized the whole movie and repeat all the lines. Frosty the snowman was one of those movies so I’m kinda in my feelings 🥺

The film is said to be the longest run of a television special on the same network and is longer than any other film that is currently airing Christmas special. The Christmas classic is one of those movies that gets members of a family to gather around the television. And let's face it, everyone loves Frosty. It would be hard-pressed to find someone who doesn't like the snowman that comes to life.

Ollie is learning how to sing and dance to Frosty the Snowman at school this week so of COURSE we had to watch the movie!! @StAidan_CES @StAidan_CES pic.twitter.com/8ROysmEvh5

Most viewers have given the film 10 out 10 stars on IMDb and one of them even shared how watching it became an annual tradition at their home growing up. Who didn't grow up watching Frosty tell the world "Happy Birthday"? "Frosty the Snowman" is a pure delight and an annual tradition at our house (even before we had children). Christmas just isn't Christmas until we see "Frosty" on TV. Besides, here's a story that reinforces a child's love of Christmas time and the wonder of the first snowfall. Not to mention the power of friendship, kindness and good old Santa Claus. Ten stars. This Christmas, chill with "Frosty"! wrote Mister-6.

Kmc1987 shared that Frosty meant more to him than even Santa Claus. I grew up with frosty I would look forward to watching this one every year even now. I think it really captures what Xmas is all about. Lol has a kid frosty meant more to me then Santa did so that's the type of effect this show had on me back then. It's funny how even after all these years it doesn't really show its age other than the lack of computers in the classroom. I want to know what other cartoon can make you cry over snow. There's also a Frosty Returns but it lacks in so many areas that it's not even worth watching my opinion though I now others love it just has much has This one. To sum it all up frosty is one of the all-time Xmas shows to date, read their comment.

If you have missed the movie on December 7, don't worry it was just the first showing. It will air again on December 12 on CBS at 8 p.m.

You can also watch it on Freeform this year. Here are the details: