Jerry Lee Lewis Married His 13-Year Old Cousin And Even Had Seven Wives: Look At His Colorful Life

Lewis was a name back then that could have surpassed even that of Elvis Presley, but his life was bogged down by controversy. 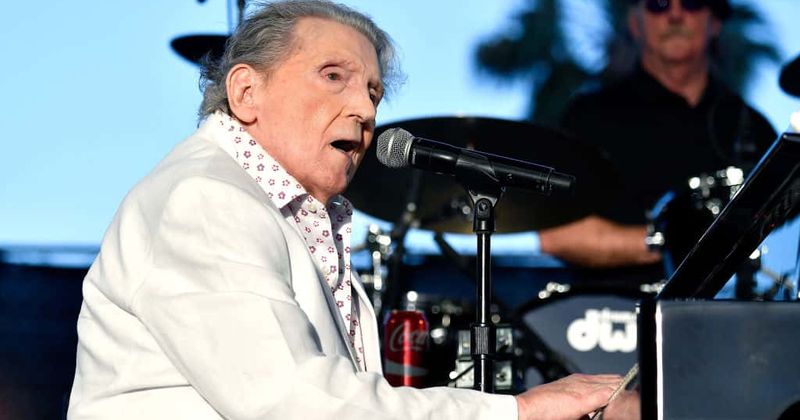 Rock-and-roll legend Jerry Lee Lewis might be over 80 years old, but he's still living and he still considers himself the best. Nicknamed 'The Killer' the musician has lived one highly controversial and colorful life marked by seven marriages and a number of personal losses and setbacks in his life. But nothing ever stopped him from being his best. Probably his biggest setback came when he was at the peak of his career and his fame when it was revealed he married his 13-year-old cousin, Myra Williams, in 1958. He had become an international star after his hits "Whole Lotta Shakin’ Goin’ On" and "Great Balls Of Fire" a few years earlier. The singer-musician was in England for what was one of his most awaited tours. He was warned about taking his wife along and yet he decided to do it anyway. Lewis was already having problems in his marriage earlier.

He had married his second wife without divorcing his first and he married Williams the same way, a third time. While there, the two nonchalantly spoke to the media, who found out about their relationship and ripped him to shreds. As someone who could have been greater than Elvis Presley, this one incident marred him for life. From playing for $10,000 a night he went into playing gigs in lowly clubs for $250. The fall was swift and fast. Years later, Williams said about the downfall, "They were looking for a place to stick the knife into rock & roll. And Jerry gave it to them—well, I did, I opened my mouth. That’s exactly what it was. It was something that marked Jerry for life. We kept thinking every year, every six months, that it was going to go away, they’re going to stop talking about it, and it just didn’t happen."

The two eventually divorced in 1970. There have also been allegations of abuse in his relationships and the death of his fifth wife, Shawn Stephens, also added fuel to fire. She was found dead after overdosing. Some reports blamed Lewis for the death. He also had paid for Stephens's private autopsy. He was cleared of any crime in the end but his bad-boy image got further emboldened. In 1976, he had got a gun and went to Presley’s Graceland home in Memphis with the aim to shoot his old friend. Then there was the time when he accidentally shot his bass player, Butch Owens, in the chest. From Louisiana, Lewis's father was a farmer, carpenter, and convicted bootlegger who believed in his son's talent.

He even mortgaged their house to get him a piano for $250. Lewis almost became a preacher and even enrolled in a Bible college, but rock-and-roll and boogie-woogie was the bigger allure for him and he was subsequently expelled. He got signed to Sun Records at 20. His first single, "Crazy Arms", was a huge hit and sold over 300,000 copies in 1956. It was the same year Presley had his first hit with "Heartbreak Hotel." A lot of people considered hs music vulgar but then that the perception about rock-and-roll at the time. His powerful and often highly energetic performances on stage almost seemed like he was possessed at times. While touring with Chuck Berry, there was a story about him setting fire to his piano with lighter fuel at the end of his act. He still throws shade at Presley when talking about him, even after all these years.

When asked if he considered he was the best, Lewis said in an interview, “I knew that, yeah. Rock’n’roll, blues, boogie woogie, you can look at BB King, look at Elvis Presley, you can look at the Beatles and the Rolling Stones, but when it comes down to it, it’s Jerry Lee Lewis. His music is definitely way ahead of its time. Elvis was more rockabilly. Not rock’n’roll. Rockabilly – which is close to hillbilly,” reports The Guardian. Lewis still soldiers on and has released three critically acclaimed albums of duets, mixing rock’n’roll and country in the last decade. These have also been commercial successes.