The woman claimed she had depression, anxiety, PTSD, and borderline personality disorder. 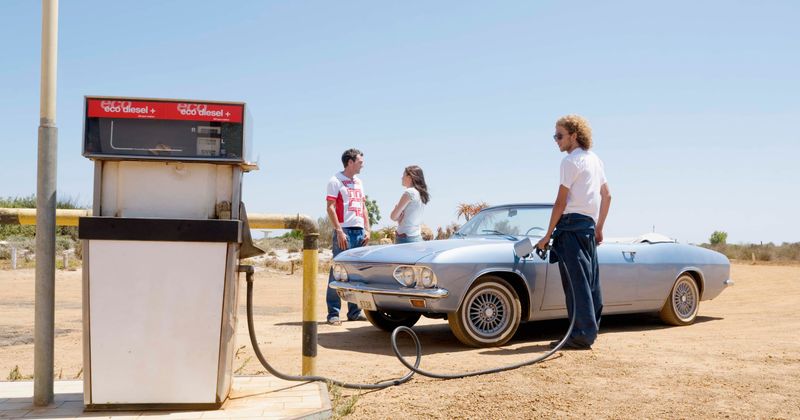 A road trip is a great experience for friends who are looking for adventure and a great time. But what do you do when someone dampens everyone's spirits? Redditor PapaMoe1895 shared his story on the “Am I The A**hole” (AITA) subreddit on how one friend was bringing them down. The woman who is "very irritable, and says she has depression, anxiety, PTSD and borderline personality disorder despite having never gone to a therapist or psychiatrist (she thinks psychiatry and therapy are shams)" was ditched by the group at a gas station because she was making the road trip unbearable. Were they wrong in doing so? The original poster (OP) also pointed out that he was only 17 at the time, and his other friends were all in their early 20s.

PapaMoe1895 said: Around this time last year, me and a group of 3 friends had spent 6 months planning a road trip across the country, and we had just left. Of the 4 of us, 3 were having a great time. He elaborated: Before we left, we explained to her that we were not going to spend 3 weeks putting up with her outbursts and she needed to control them so we could all have fun. She made a fuss about it but eventually agreed. Our one friend was nitpicking and yelling at everyone for EVERYTHING, from the clothes we wore out in public because ‘we were embarrassing her’, eating or drinking water ‘too loudly’, all the way down to two different conversations going on at the same time because it was ‘too much noise’ for her. She was the only one on the aux and refused to let anyone else have a turn, would smoke cigarettes in the RV no matter how many times I told her to wait until we pulled over, etc. I told her she needed to keep her promise that she wouldn’t be a pain so that we could just have fun, but she kept insisting that she wasn’t being rude and kept bringing up her self-diagnosed mental illnesses.

If you knew the person was annoying already, why bring them along?
And if the purpose of the trip was to help your mentally ill friend, well, you failed completely!

He continued: The 2 other friends and I decided we were sick of it, so we stopped at a gas station and when she went inside to buy more cigarettes, we sped off.
I cashapped her $220 so she could get a hotel and maybe an Uber back home and then blocked her. She blew up my friends phones with threats and insults until we all blocked her and enjoyed the rest of the trip. Her Mom ended up driving to her and bringing her back home after she stayed the night at a hotel. He also said that the group had told her they were going to take her back home, but she threatened to break things if they did. They also set her luggage by the door of the gas station before leaving. Which would describe them best? NTA – Not The Asshole, YTA – You’re The Asshole, NAH – No Assholes Here or ESH – Everyone Sucks Here?

Most Redditors seemed to be on the fence. Some agreed the woman was being an asshole but they weren't sure about OP and his friends. Others felt they should have handled the situation with a person with mental illness more sensitively. A lot of the users felt they shouldn't have abandoned someone, no matter how annoying they found them. CoolGuySauron wrote: OP probably didn't knew how bad she was or that she would take everyone to the breaking point. If OP knew, than that would be ESH. Since he didn't knew how bad it was, NTA. Weren't for the extreme personality, OP would've been doing a good thing by bringing her (that would definitely helped her mental health). So NTA for ditching the friend. If anything OP was led to believe she would behave. Bloxniro, however, felt that "ESH", adding: She sucks for nitpicking everything and using mental illness as an excuse and not seeking necessary help of she truly does have mental illnesses You and your friends suck for abandoning her in an unfamiliar place without any warnings or information of how to get to a familiar location so that she can get somewhere safe. Spinnakerr shared: I think OP is an asshole for ditching someone (you honestly left a mentally-unwell person at a gas station in the middle of the day because they were annoying you?) Could you not have contacted their family, OP? IDK, dick move overall.

Yes I read the article. It sounds like they should have offered to go to therapy with her, it might have made her more comfortable. Secondly, you don't leave women stranded no matter what time of day it is. They shouldn't have invited her in the first place. YTA.