The series will be a modernized version of the critically acclaimed novel and movie. 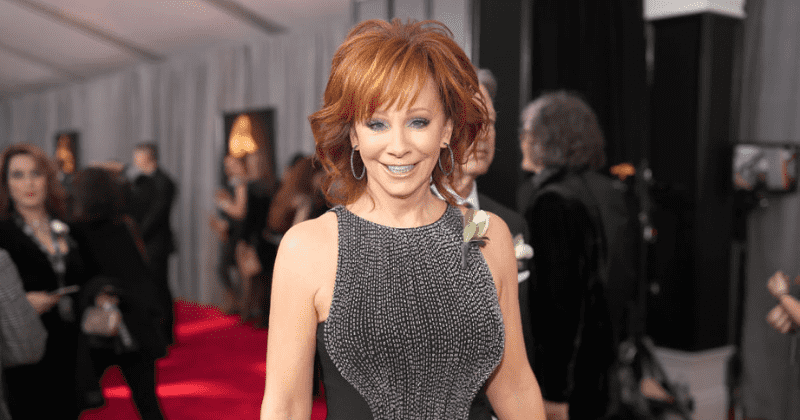 Cinebuffs who loved the 1991 hit movie Fried Green Tomatoes and wanted more are in for a treat, if this Variety exclusive is anything to go by. It is being said that Reba McEntire has now been attached to star in the NBC series with Norman Lear set to take over the executive producing duties. As per the report, the series, which is described as being a modernized version of the novel and the movie, will have hour-long episodes. It will explore the lives of the next of kin from the original from nearly three decades ago.

A 'Fried Green Tomatoes' TV series is in development at NBC, with Reba McEntire set to star and Norman Lear producing.​ https://t.co/licqOIg1At

McEntire will play the present-day Idgie Threadgoode, originally played by Mary Stuart Masterson. The series is set to explore her life as she returns to Whistle Stop after over a decade away and sees an evolved town, faltering cafe, an estranged daughter, and has a life-altering secret. Besides taking on the lead role, McEntire will also executive produce while Jennifer Cecil is attached to write as well as executive produce. Lear, who served as executive producer in the 90s flick, will work on the upcoming series along with his producing partner Brent Miller under their Act III Productions banner. Fannie Flagg, the author of the original novel as well as the co-writer for the movie's screenplay, will co-write for the series. Flagg will also serve as an executive producer, while Universal Television will be the studio it will be shot under.

The novel Fried Green Tomatoes at the Whistle Stop Cafe hit the book stands back in 1987 and quickly went on to become a runaway hit among critics and the audience alike. It was soon adapted for a movie in 1991 with Kathy Bates, Mary Stuart Masterson, Mary-Louis Parker, Cicely Tyson, and Jessica Tandy in starring roles. The movie made a mark in the Academy Awards the subsequent year after Tandy was nominated in the Best Supporting Actress category while Carol Sobieski and Flagg were nominated for Best Adapted Screenplay. In terms of the box office, Fresh Green Tomatoes became one of the biggest hits of the year, garnering over $119.4 million on an initial budget of $11 million.

Reba McEntire will star in the new TV series 'Fried Green Tomatoes' based on the novel and film. https://t.co/eUehf8F5Uy

One of the key distinctions between the book and the movie was that in the former, the lead character Idgie had a lesbian relationship with Ruth while the movie decided to do away with it and chose to leave it ambiguous instead.  According to the outlet Today, when director Jon Avnet was asked about why they chose to keep the relationship ambiguous for the movie, he told ET: "I had no interest in going into the bedroom". Flagg said: "It’s not a political film at all. It’s about the possibilities of people being sweet and loving each other."

Did anyone have Reba McEntire as a more mature Idgie Threadgoode returning to Whistle Stop in a modern adaptation of Fried Green Tomatoes on their 2020 Bingo Card? https://t.co/k6GdgBW7W4

McEntire is a Hollywood Bowl member and a Country Music Hall of Famer with many accolades to her name - including three Grammys, 15 American Music Awards, 16 ACM. She is also a recipient of the 2018 Kennedy Center Honor. She is an accomplished actress on the small screen, having acted in her own sitcom Reba for six seasons, and also acting in other popular series like Last Man Standing, Frasier, and Young Sheldon. Flagg, meanwhile, is an accomplished actor, writer, and comedian with plenty of books to her name including Daisy Fay and the Miracle Man, Fried Green Tomatoes at the Whistle Stop Cafe, Welcome to the World, Baby Girl!, and A Redbird Christmas among others. Lear, on the other hand, is a decorated television producer having worked in the field for decades and credited with bringing popular series such as One Day at a Time, Sanford and Son, and Good Times. The showbiz veteran even broke his own record for being the oldest person to win an Emmy, bagging the award for best live variety special for Live in Front of a Studio Audience at the age of 98.

Reba McEntire (@reba) to Star in #FriedGreenTomatoes Series in the Works at NBC https://t.co/vKz48tKzyS