trending celebrity people lifestyle news animals
Freddie Mercury Was So Badly Affected By AIDS He Lost Most Of His Foot In Tragic Final Days, Yet He Didn't Lose His Drive To Make Music

Freddie Mercury Was So Badly Affected By AIDS He Lost Most Of His Foot In Tragic Final Days, Yet He Didn't Lose His Drive To Make Music

Little is known about the rock legend's battle with AIDS, since Mercury rarely granted interviews and was very private about his condition. 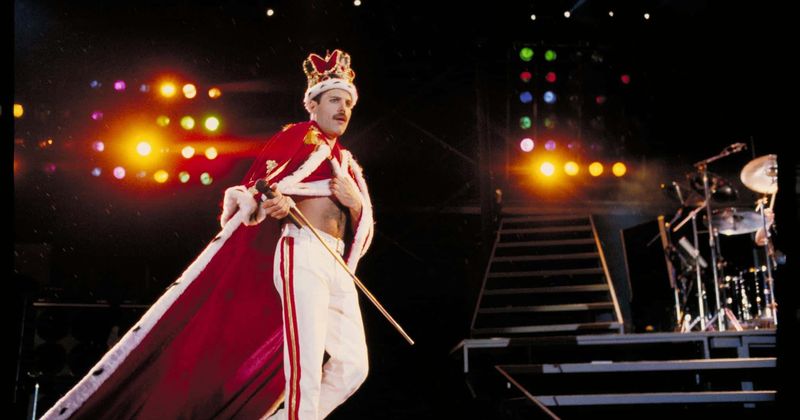 The legendary Freddie Mercury may have died almost two decades ago from AIDS-related complications, but the details surrounding his ailment are still a mystery. Maybe it's best that way — the maverick Queen frontman will always be immortalized as a music and fashion icon. The rock legend rarely granted interviews, and kept mostly silent about his condition, even as rumors about him contracting HIV/AIDS circulated in the late '80s.

“We all knew there wasn’t much time left,” says Brian May, the Queen guitarist who was at Mercury's in May 1991. “Freddie wanted his life to be as normal as possible. He obviously was in a lot of pain and discomfort. For him the studio was an oasis, a place where life was just the same as it always had been. He loved making music, he lived for it.” An investigation by The Telegraph revealed that the singer's last recorded track was Mother Love, recorded between May 13 and 16 1991. The song expresses a longing to be cared for and protected. “I can’t take it if you see me cry,” the lyrics say, echoing Mercury's situation. “I long for peace before I die.”

According to Brian May, it's the whole reason they bought a flat by the lake in Montreux before he passed away. “Particularly towards the end of his life he was pursued by the press and curious people. He just wanted peace and quiet, to be able to get on with what he did. It was very convenient in Montreux because people got used to the sight of us and nobody made a fuss.” Queen cut short their mammoth 1987 Magic Tour due to Mercury's ailing health, but the singer continued to make music right into his final days.  “He just kept saying. 'Write me more. Write me stuff. I want to just sing this and do it and when I am gone you can finish it off.’ He had no fear, really,” May told The Telegraph.

Born named Farrokh Bulsara in 1946 to Parsi parents in Zanzibar, Mercury attended the Ealing College of Art, then joined Brian May, John Deacon and Roger Taylor to form Queen in 1971. He was known as one of the most flamboyant figures in the British rock scene for decades, but as concerns about his health began to rise, he chose to make a shift to a more private life. "I'm so powerful on stage that I seem to have created a monster. When I'm performing I'm an extrovert, yet inside I'm a completely different man," he once said, according to The Guardian. Mercury went back to London for the last time in early November 1991 and died at his home in Kensington on the 24th.

“We were all wondering if it was an illusion, and he was going to be cured," said May, of hearing about his iconic bandmate's death. "You can’t really take these things in properly. Then we got the phone call. It was surreal. Even though we had been preparing for such a long time, it still didn’t feel possible." In a 2017 interview with The Sunday Times, May lamented that a combined drugs therapy for AIDS arrived on the market just a little too late for the Bohemian Rhapsody singer, saying that he was sure Mercury would still be alive if that was the case. “He missed by just a few months,” May said. “If it had been a bit later, he would still have been with us, I’m sure.”

In that same interview, May, now 71, revealed that AIDS-related complications had cost Mercury his foot. "The problem was actually his foot, and tragically there was very little left of it," May recalled. "Once, he showed it to us at dinner. And he said, 'Oh Brian, I'm sorry I've upset you by showing you that'. And I said, 'I'm not upset, Freddie, except to realize you have to put up with all this terrible pain'." Mercury died at age 45, a mere day after his only public statement acknowledging his condition.  "Following enormous conjecture in the press, I wish to confirm that I have been tested HIV positive and have AIDS. I felt it correct to keep this information private in order to protect the privacy of those around me," the rock legend's statement to The Guardian said. "However, the time has now come for my friends and fans around the world to know the truth, and I hope everyone will join with me, my doctors and all those worldwide in the fight against this terrible disease."