Titled 'Fraggle Rock: Back to the Rock', the 2022 version of the '80s after-school favorite will debut on Apple TV+. 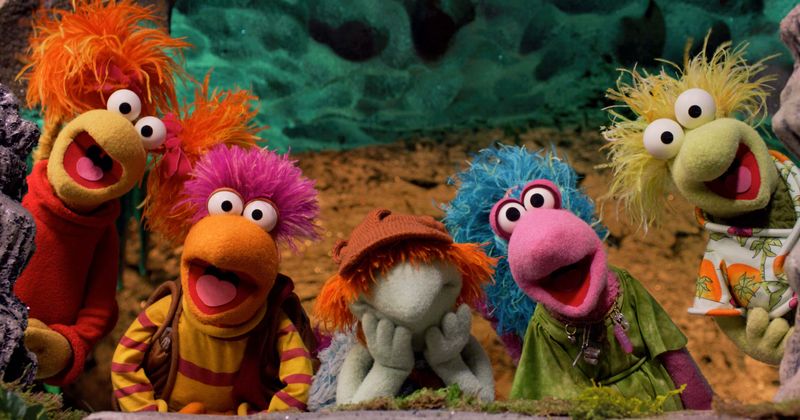 It's a party down in Fraggle Rock! Jim Henson's most beloved Fraggles, Doozers, and Gorgs are set to return this month in the highly anticipated reboot of the classic Fraggle Rock series. Titled Fraggle Rock: Back to the Rock, the 2022 version of the '80s after-school favorite will debut on Apple TV+ on January 21 with 13 episodes. Going by a recently-released trailer, the revival will remain true to the joy and wonder of the original series while breathing new life into Gobo (John Tartaglia), Red (Karen Prell), Boober (Dave Goelz), Mokey (Donna Kimball), Wembley (Jordan Lockhart), and Uncle Travelling Matt (Dave Goelz) along with a few new Fraggles and Doozers.

"Jim Henson's fun-loving and musical Fraggles—Gobo, Red, Boober, Mokey, Wembley, Uncle Travelling Matt—alongside new Fraggles and Doozers voiced by special guests stars Patti LaBelle, Cynthia Erivo, Daveed Diggs, Ed Helms, Kenan Thompson, as well as an appearance by Foo Fighters, kick off the new year by embarking on epic, hilarious adventures about the magic that happens when we celebrate and care for our interconnected world," Apple TV+ said in a press release. The new series follows the success of the Apple Original shorts Fraggle Rock: Rock On!, which were released in 2020.

Prell and Goelz, who are reprising their roles from the original series, are also co-executive producers for Fraggle Rock: Back to the Rock. Other executive producers include The Jim Henson Company's Lisa Henson and Halle Stanford, Tartaglia—who wrote all six of the Fraggle Rock: Rock On! shorts—and New Regency's Yariv Milchan and Michael Schaefer. Showrunners Matt Fusfeld and Alex Cuthbertson are also listed as executive producers. The new trailer, which recreates some iconic moments from the original show, begins with Uncle Travelling Matt showing Gobo the iconic hole in the wall that bridges the gap between our world and that of the Fraggles.

The one and a half minutes-long trailer then takes us through a lot of the iconic imagery of the opening theme for the original series, including shots of Doc and her dog, Sprocket, Doozers hard at work, and Gorgs trying to catch Fraggles. The original Fraggle Rock series ran from 1983 to 1987, starring voice actors Prell, Gerard Parkes, Kathryn Mullen, Steve Whitmire, Goelz, and Jerry Nelson, alongside muppet performers Tim Gosley, Terry Angus, Bob Stutt, and Cheryl Wagner. While the musical children's show held its own without reboots or revivals for many years, Apple TV+ finally nabbed the streaming rights to the show’s back catalog in 2020 and soon announced a revival of the show.

https://t.co/y1YrjI9OoE
I don't care if you're 5,30, or even 90 years old. You haven't had fun unless you watch fraggle rock. You can watch it with your kids or even grandparents. It should be part of everyone's childhood. It's back and looks better than ever on apple tv plus

The cast and crew of Fraggle Rock: Back to the Rock seem just as excited for its release as life-long fans of the iconic show. "I can hardly believe this is real. Just over two weeks until #FraggleRockbacktotheRock debuts! Look at how beautiful this show is! Get ready for an adventure Silly Creatures! Get ready to party down in @FraggleRock! The series debuts on @AppleTVPlus on January 21! IT'S HAPPENING!" tweeted puppeteer Andrew G. Cooper. You can catch up on all 88 episodes of the original series—as well as the bonus specials/shorts Down at Fraggle Rock, Doozer Music, Fraggle Songs, and Fraggle Rock: Rock On! shorts—on Apple TV+ ahead of the exciting premiere this month.