Fourth Of July Is A Celebration Of 'White' America's Independence, Blacks Weren't Free In 1776

The Independence Day was celebrated by the White population who broke away from the British Monarchy in 1776. 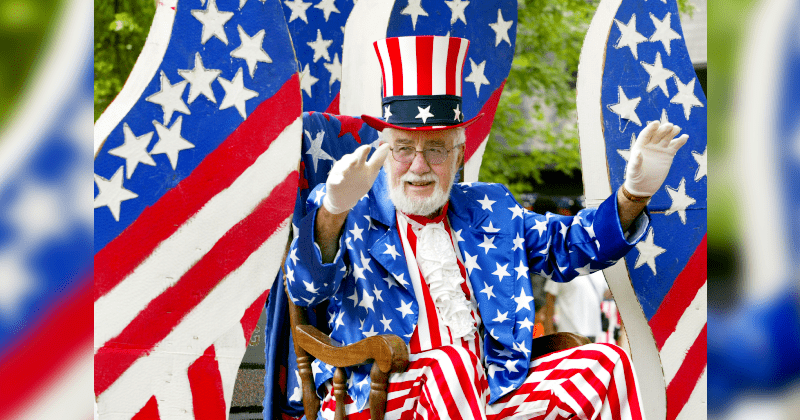 On July 4th, delegates from 13 colonies in what is today the United States of America, adopted the Declaration of Independence, a document drafted primarily by Thomas Jefferson. To date, July 4th is celebrated as the most defining day in American history. John Adams believed the day would “be celebrated, by succeeding Generations, as the great anniversary Festival … [and] Day of Deliverance … with Pomp and Parade.” John Adams was right, the fourth of July is a cause for celebration, often involving fireworks, parades, concerts, and barbeques but was he referring to White Americans?

'America' was born out of the British colonizers making the land their home before severing ties from British Monarchy in 1776 but at the time, a majority of the Black population continued to remain enslaved till their emancipation in 1863. The arrival of the colonizers resulted in the ethnic cleansing of Native American tribes with their lands being taken forcibly. So if America's Declaration of Independence happened in 1776, years before the African-American community was freed from slavery, surely it pertained to 'White' America's freedom from Great Britain.

The first vision of America was certainly based on ideals of White supremacy. Slavery would continue almost another 100 years, clearly showing that the 'White' population considered themselves superior to Black people. Similar treatment was meted out to Native Americans, who were forced to give up their land. One only needs to look at one of the founders of the nation to know what that meant. Thomas Jefferson who wrote the Declaration of Independence had also raped an enslaved Black woman and refused to free the children he fathered with her until he died. While Jefferson declared emphatically that "all men are created equal," he continued to trade in slaves. That is definitely not a man who saw African-Americans as his equal.

While White supremacy is publicly condemned in America today but the systems put in place over centuries continue to be rigged against the minorities. Racial inequality and police brutality stem from a refusal to accept African Americans as equals. While America likes to think it is open to other cultures and races, the truth is progressed was only made over the years. While African-American have validity as Americans, immigrants continue to be shunted, mostly thanks to the rhetoric of right-wing politicians.

Despite President Abraham Lincoln signing the Emancipation Proclamation in 1863, more than 250,000 Black people remained enslaved for 2 more years because plantation owners refused to let them know of the proclamation. It wasn't until June 19, 1865, that the Black community found out that the shackles of slavery had been finally removed. Juneteenth marked the end of slavery in America and has since been celebrated as the day of emancipation by the African-American community. Other names of the holiday include Emancipation Day, Juneteenth Independence Day, and Black Independence Day. It proved to be a key point in the battle for equality by the African American communities, which continues to this day.

Trump acknowledged the holiday last year. Considering the past and the African-American community's role in building up this country, it's unfortunate that Juneteenth hasn't already been declared a Federal holiday. It's just another example highlighting the determination of the white population's power brokers to tell history as they would like to remember it, which would also explain the resistance against removing confederate statues in recent times.

In hindsight, it's fair to say July 4th, 1776, proved to be a moment White people freed themselves from the clutches of the British while continuing to enslave African Americans, who would only gain their own independence on June 19, 1865. The exceeded importance lent to the Fourth of July while Juneteenth is still not recognized as a federal holiday reflects the power imbalance between 'White' America and the rest.

The importance of July 4th was best summed up by Frederick Douglass, an American social reformer and former slave, who was asked to give a keynote address at an Independence Day celebration.

"What to the slave is the Fourth of July? The rich inheritance of justice, liberty, prosperity, and independence, bequeathed by your fathers, is shared by you, not by me. The sunlight that brought light and healing to you, has brought stripes and death to me. This Fourth July is yours, not mine. You may rejoice, I must mourn."  - Frederick Douglass