Tucker was on his way for a job interview on a bus with just $2 in his pocket when he saw an overturned car on the way and decided to help. 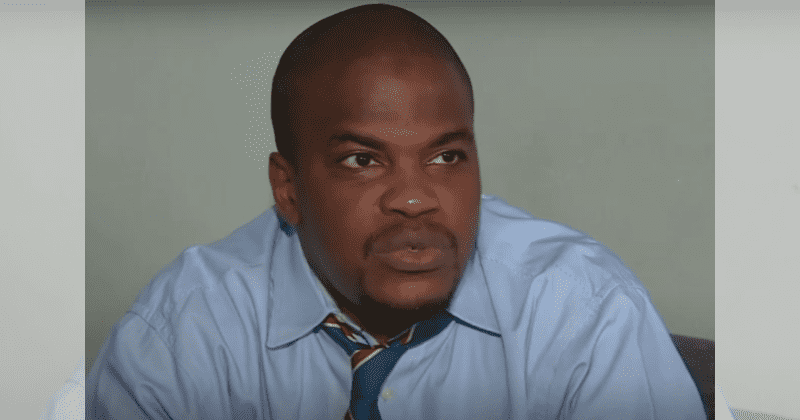 A man living in a half-way house with just $2 in his pocket had job offers lining up after he let go of a crucial interview and saved a wounded stranger's life. Aaron Tucker, 32, exited from his Isaiah House in Bridgeport Connecticut with his best available clothes for the role of a busboy at Dinosaur Bar-B-Que in Stamford, Connecticut but little did he know of the plans fate had for him. "I got up around 5 o'clock in the morning because I was so excited for the interview," Tucker told the NY Daily News. He left his house at around 9 a.m. in what was a packed bus. Sensing a long ride ahead of him, he decided to take a short nap. However, he was awoken by commotion along the way only to see an overturned vehicle just ahead of his bus.

A Westport car crash turns strangers into heroes — including a Bridgeport man who used his shirt as a tourniquet https://t.co/c1NDkDjksx pic.twitter.com/bReGrAJaRI

"I looked up and saw a car flipped over right in front of the bus, so I ran to try to jump out of the bus," he recalled to the outlet. To his surprise, the driver of the bus seemed completely unconcerned by the smoking car or by Tucker, who wanted to get out of the bus and help. "I said I was going to help him, and asked the driver if he was going to wait for me and he said, 'no, I am going to leave you,'" he said of his short interaction. The rebuke didn't stop Tucker from going out of his way as he instructed the driver to stop the bus anyway and carry on without him. "I saw a lot of smoke coming from the car and I just jumped off the bus and ran to the car," he explained.

Such a selfless act.

He quickly approached the vehicle from the passenger's side in a bid to remove the driver's seatbelt and get him out of the overturned car. He noticed that the driver was bleeding from his head, so he removed the shirt he'd been wearing for the interview and put it against the man's head. Inspired by Tucker's unprompted act of heroism, two other men from a nearby auto body shop came to help the victim. "He kept shutting his eyes and I made sure he stayed awake. I told him to open his eyes, I said, 'your family wants you,'" Tucker continued.

@Dinosaur_BBQ I hope the first responder still has a chance for the job interview that he missed! #Accidental #Hero

Moments later, an ambulance arrived and took the injured man off to Norwalk Hospital where he was stabilized, as per Westport News. People from the neighborhood even started calling Tucker a hero for acting so selflessly to save another man's life. But, the 32-year-old said he was simply at the right place at the right time. "God put me there to be helpful," he said. When asked what he thought about missing the job interview, Tucker said he was firmly focused on helping the man and that nothing else occurred to him. "It didn't go through my head, because a job can come and go, but a life is only one time. The only thing running through my head is that person in the car could pass away and I could help him," he said.

I have a feeling that he will have multiple job offers soon. Nice to see humanity in action.

Thus, Tucker missed out on the interview that would save him from going broke. His very act of kindness has instead come to his rescue as locals began offering his jobs, of which he has three. Even though the former inmate is grateful for the offers, he is concerned for the man he saved. "I just want everybody to know it's not about what people could do for me. It's just about me saving his life," he said. His only goal right now is to get a job and support his young son who lives with his mother ".When I come home he is going to live with me," Tucker said. "I know that if I continue to work I am going to get a job because I am not going to go without supporting my son and raising my son to be happy." A few months on from the 2017 incident, the man has had his life go awry as he was reportedly jailed yet again for a gun-related charge.

best of luck in future..thank you for running toward danger.