trending celebrity people lifestyle news animals
Florida Woman Shoots Dog In The Head With Crossbow, Says She Was Just 'Trying To Scare It'

Florida Woman Shoots Dog In The Head With Crossbow, Says She Was Just 'Trying To Scare It'

She has been taken into custody and facing animal cruelty charges. 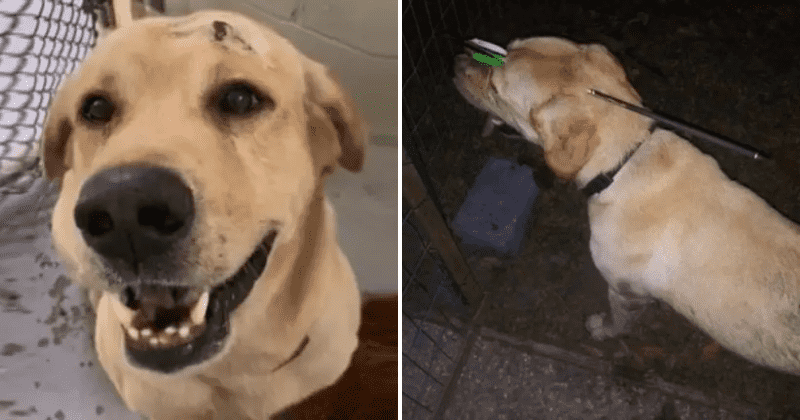 Trigger Warning: This article contains details and images of animal abuse that readers may find disturbing

A woman in Florida has been taken into custody over accusations of animal cruelty. 37-year-old Carey Wilson allegedly shot a Labrador named Unicorn in the head with a crossbow. Wilson stated that she fired the shot in an attempt to 'scare it off', but the arrow ricocheted off Unicorn's skull after piercing the skin. Wilson was found guilty of this crime and is facing animal cruelty charges. The incident took place on 16 May, after the Labrador allegedly urinated on her car tire, a police report stated. According to the report, it was also mentioned that Unicorn was not acting aggressively.

A Florida woman has been arrested for felony animal cruelty for allegedly shooting a dog in the head with a crossbow bolt on May 16 after the animal urinated on her car tire. https://t.co/zsJWNXGQJz pic.twitter.com/5TXLFkrHZ3

Speaking to Action News Jax about the incident, Wilson stated that she meant no harm to the dog but was just "trying to get a message across." She went on to claim that it was not the first encounter she had with Unicorn. The dog had apparently been appearing in her fenced-in yard killing animals. She even stated that on one occasion, the dog had lunged towards her daughter, who suffers from mobility issues, in a mean and aggressive way. She said: "The dog doesn't want to leave, so I grabbed a crossbow, my intentions were not to kill the dog, but to try to get the message across, 'Get out the yard'. My goal was not to hit the dog directly. I was trying to scare it off."

However, animal control said that her testimony just doesn't add up. They stated that they received zero calls from her or from her Hilliard address in connection to such a canine threat. The report also stated that she told an officer she was tired of lying or making up an excuse and simply admitted to shooting the dog with a crossbow. According to the report, the weapon was brought from Jacksonville, which animal control officers believe could be premeditation. It also goes on to say that "the dog was in the yard peeing on her car tire" but it "was not being aggressive.".

A Florida woman is accused of shooting a dog in the head with a crossbow. https://t.co/lfRWLIp29L

Did you see the photograph of the poor dog? Heaven knows how it survived 😱

“The police report calls you a liar,” Action News Jax reporter Russell Colburn said to Wilson. “Why should people believe you?” “My close people know who I am, they know the truth,” Wilson said. Unicorn's former owner was tracked down by the news station and the individual said that he had surrendered the dog to animal control because he could not afford the medical bill. “It’s rough,” Nick Sweat said. “We enjoyed the dog. He’s a good dog, he’s a family dog, wouldn’t hurt anybody.” Wilson also admitted to Action News Jax she took things too far. “It was extreme,” Wilson said. “I wish there was a different outcome.” As mentioned previously, we are all thankful that it wasn't a fatal incident and Unicorn will recover over time.

I honestly don’t understand the difference between this and the fact that farmers kill animals every day with no repercussions.

Cruelty to animals is illegal in Florida, as it is across the country. Florida also makes it a crime to neglect and abandon pets or lock them up without enough food, water, ventilation, and room to move. It is a third-degree felony to intentionally cause an animal's cruel death or to intentionally cause the animal to experience excessive or repetitive infliction of unnecessary pain or suffering. Penalties for aggravated animal cruelty in Florida could include one of both of the following: Up to five years in prison and/or a maximum fine of $10,000. If the defendant tortured or tormented an animal with the intent to injure, mutilate, or kill, the penalties could also include: A minimum fine of $2,500 and/or psychological counseling or anger management treatment program.

This butt ugly woman shot this dog in the head with a crossbow. Let's demand justice. https://t.co/nhHDDk8gVs Sign now to get #Justice4Animals