Florida Man, 74, Pays Off Utility Bills For 114 Struggling Families In His Community

"People can't afford to pay their bills and put food on the table, so I hope doing my part for these folks takes a little bit of stress off of them around Christmas time," Esmond said. 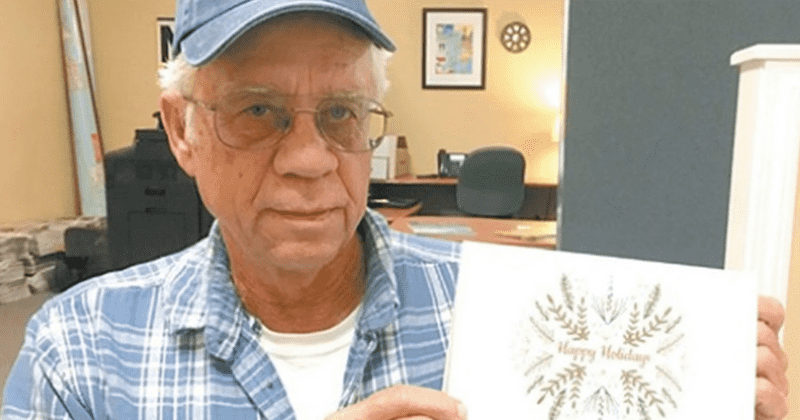 Last year, a Florida man helped 36 families with their gas and water bills during the holiday season. This year, he has graciously decided to give back to his community once again by helping over 100 families in need. Michael Esmond previously paid nearly $4,600 for 36 Gulf Breeze families so that they could take care of their utility bills. He had experienced hard times back in the early '80s and now that he was better off in life, he felt as if it was his duty to give back to those who are undergoing serious financial problems. During the holiday season this year, 74-year-old Esmond feels compelled to do it again, in a year where Florida has been through Hurricane Sally and the coronavirus pandemic, CNN reports. '

Society needs more person like you. Mr. Esmond. Thank you and stay healthy.

"This year to me probably is more meaningful than last year with the pandemic and all the people out of work having to stay home," the Gulf Breeze Pools and Spas owner explained to the outlet. "Hurricane Sally slammed us pretty good and hurt a lot of people. We still have a lot of the blue roofs here, where they're just covered with tarps." This year, Esmond has contributed $7,615.40 as a donation to the city and will be helping 114 families who are facing disconnection of water, gas, and sewage facilities, according to Joana Oliver, the city's utility billing supervisor. "People can't afford to pay their bills and put food on the table, so I hope doing my part and paying some bills for these folks takes a little bit of stress off of them around Christmas time," Esmond told CNN.

What an amazing person. Bezos could do this for millions.

Over the last few months, Esmond said that his pool business had continued to do well despite the pandemic. He told the outlet that he felt "almost ashamed" to let people know about that as so many have struggled with heavy losses through the year.  "We've had a good year, and that's why I want to share what I have with the people who need it," Esmond said. So when he decided to reach out to the city, he further learned that so many families in need were facing bills that were $100 or less. Due to that, he was able to help three times as many homes as he did last year.  "That really impacted me — that people can't even afford to pay a $100 bill on their utilities and things are so bad," Esmond told CNN. "That's why I was able to pay for 114 families."

Meanwhile, Oliver also told the outlet that the city was providing a longer period of time for the families to pay off their bills before they would cut the supply to their households. Thanks to Esmond's contribution, bills that were overdue for more than 60 days were finally cleared. The remaining amount of the donation would go toward families who were more than 30 days late with their bills and were using a COVID-19 deferral. "Even though our country and our city is currently going through probably the most difficult years of some of our lifetimes, there are still people out there who are generous and kind and really do want to help others," Oliver told CNN. "To have others within the community wanting to reach out and help their neighbors now is more important than ever."

What are you good, good man you are. Thank you

"I have been down on my luck like people are today, where I had trouble paying bills and raising three daughters," Esmond told CNN. "The gas company shut the gas off and we didn't have any heat. I can relate to people suffering and not being able to pay bills. That's probably one of the biggest motivators for me, because I've been there."