The incident came to light after police answered a domestic disturbance report at a home in Apopka on November 11. 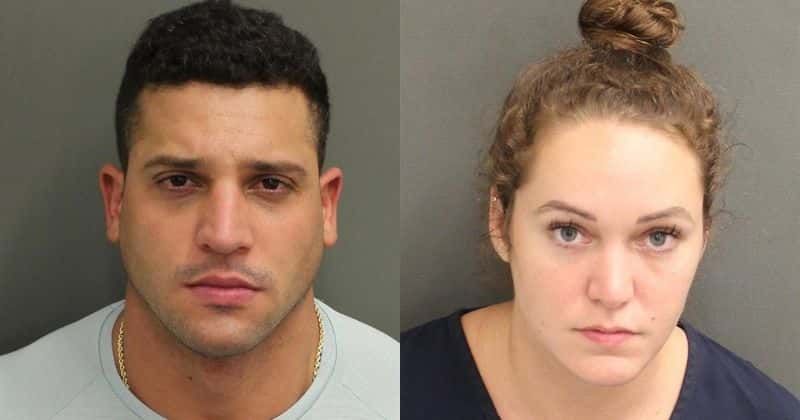 Trigger Warning: This story contains details of child abuse and rape that some readers may find deeply disturbing.

A Kissimmee firefighter and his wife are accused of raping a 7-year-old girl and for trying to teach her how to have a baby. Argelio Pupo, 32, and Morgan Keene, 27, are facing charges including sexual battery of a child under the age of 12 and aggravated child abuse, reports Orlando Sentinel. Court documents show that the couple would stitch up the girl's wounds after assaulting the child. The incident came to light after police answered a domestic disturbance report at a home in Apopka on November 11.

According to WFTV, when the officers arrived two witnesses narrated the extent of the abuse the little girl was put under. One of the witnesses even showed the officers a video where the victim explicitly describes the brutal torture the suspects subjected her to. The victim reportedly narrated the same to an investigator from the Department of Children and Families after which she was removed from the couple's home. When police quizzed Keene about the alleged abuse, she denied all claims and said she had never witnessed any physical or sexual abuse on the victim. However, based on the evidence collected by the police and the witness statements,  police have charged Pupo with capital sexual battery of a child under 12 and aggravated child abuse. Keene, meanwhile, is slapped with charges including capital sexual battery of a child under 12 and neglect of a child with great bodily harm.

Argelio Pupo, 32, and Morgan Keene, 27, face charges that include sexual battery of a child under the age of 12.https://t.co/QkvX0WsOup

The duo is being held at Orange County jail without bond and set to face the maximum sentence for their crime, which if convicted, will be life imprisonment. Speaking to Spectrum News 13 about the case, Assistant Kissimmee City Manager Austin D Blake said: "Argelio Pupo has been relieved of his position and is on administrative leave without pay from the Kissimmee Fire Department pending an administrative review of his case and criminal charges." He added that the department won't be able to provide additional information on his status as they are still conducting their own investigation into the matter. On November 11, when Apopka police arrived at the scene, the victim was reportedly so distraught she was seen crying under a table and even revealed the torture she was put through by the couple who forced her into "sexual acts that she did not wish to perform", as per an affidavit of Pupo's arrest.

"The Victim mentioned that they were trying to teach her how to have a baby," the report said. It also stated that Pupo attacked the child while his wife didn't intervene even when the victim was in pain and bleeding. "The Victim stated [Keene] was present when this incident occurred and assisted in cleaning up the blood before ultimately telling the Victim to go shower and go to bed. The Victim stated the next day that [Keene] took her to Target and bought a sewing kit," the report added. Police also intercepted a text message chain between Keene and a friend who also happened to be a registered obstetrics nurse. The friend reportedly said the victim should be taken to a doctor before asking about the person who stitched the victim. She even asked if lidocaine, a local anesthetic was used in the process. Keene responded and said: "Nope lololol."