A new drug called aducanumab, which will be marketed under the brand name Aduhelm, is said to not only ease symptoms but is designed in a manner that will slow down the deterioration of brain function "based on its ability to reduce clumps of amyloid beta in the brain, a hallmark of the disease." 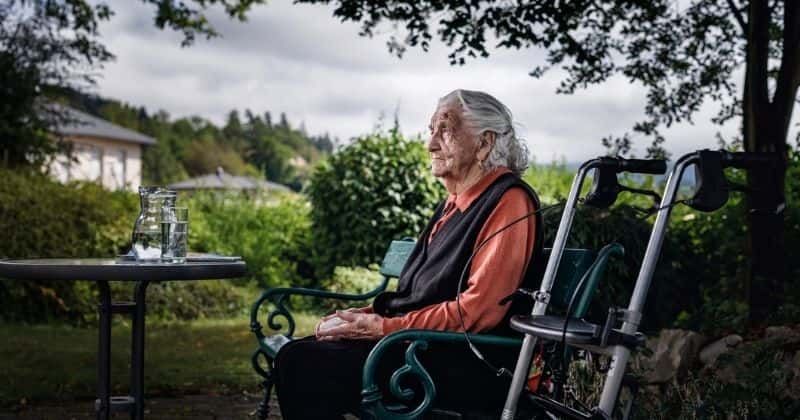 There's hope for millions of people around the world suffering from the debilitating Alzheimer's disease. In what can be considered a significant breakthrough, a new drug called aducanumab, which will be marketed under the brand name Aduhelm, has just been approved. The Washington Post reports that the drug will not only ease symptoms but is designed in a manner that will slow down the deterioration of brain function "based on its ability to reduce clumps of amyloid beta in the brain, a hallmark of the disease." Pharma giant Biogen got the stamp of approval from the Food and Drug Administration (FDA) on June 7 per a press release by the FDA. While the news is sure to be welcomed around the world, the cost of treatment isn't exactly affordable. Biogen has priced the drug at a whopping $56,000 a year which is significantly higher than what analysts had anticipated. They had pegged the cost to be anywhere between the $10,000 to $25,000 reports CNBC. Depending on the patient's health coverage, they would have to foot the difference.

Biogen's CEO Michel Vounatsos said in a statement, that they had spent $28 billion in research and development of Alzheimer's and other brain diseases since 2003. He said, "There have been at least 100 drug development programs discontinued since 2003—the last time a new Alzheimer’s drug was approved. What it tells us is that the path for innovation is not straightforward, especially for something as complex as Alzheimer’s research...ADUHELM is a first-in-class approved therapy: I believe it will be the catalyst to a new era of innovation for Alzheimer’s disease and the first of many new treatments available to patients. More resources will be drawn into research that can help patients through the disease continuum, explore new pathways, and find potential therapy combinations. The FDA acknowledged that the drug was "a first-of-its-kind treatment" approved for the treatment of the disease and the "first therapy that targets the fundamental pathophysiology of the disease."

A total of 3,482 patients afflicted with the disease were involved in the research for the treatment. They were evaluated in three separate studies: double-blind, randomized, placebo-controlled. "Patients receiving the treatment had a significant dose-and time-dependent reduction of amyloid beta plaque, while patients in the control arm of the studies had no reduction of amyloid beta plaque. These results support the accelerated approval of Aduhelm..." FDA stated. Alzheimer's is an irreversible, progressive brain disorder that slowly destroys memory and eventually, the ability to carry out simple tasks. Patrizia Cavazzoni, M.D., director of the FDA’s Center for Drug Evaluation and Research, said, "Currently available therapies only treat symptoms of the disease; this treatment option is the first therapy to target and affect the underlying disease process of Alzheimer’s. As we have learned from the fight against cancer, the accelerated approval pathway can bring therapies to patients faster while spurring more research and innovation."

With such high cost of Aducanumab(Aduhelm) at US$56,000 a year+ numerous PET scan and need phase4 trial for small proportion of eligible patients with mild cognitive problems, this accelerated approval could be an illusion of hope. https://t.co/KNm3S8cKzi

While this move was hailed by patients and advocates, there has been some pushback from critics who aren't convinced about the efficacy of the drug as there is not enough sufficient evidence. Acknowledging this, the FDA did not grant the medication full approval. Instead, it ordered Biogen to conduct a post-approval study confirming the drug does slow cognitive deterioration. In the event, that the medication fails to do so, the FDA’s approval could be withdrawn. "There is no persuasive evidence to support approval of aducanumab at this time," wrote three of the agency’s independent experts in a scientific journal. The company has warned of "brain bleeds" being a common side effect of the drug.

.@icer_review has some strong words for the FDA re approval of #Alzheimers drug #Aducanumab based on a surrogate endpoint as Biogen defends $56k/yr price tag. $BIIB https://t.co/p2NtmKyDCP pic.twitter.com/ivrFpa2UTD

During clinical trials, 41 percent of the respondents who took the drug had small brain bleeds, hemorrhages, or an accumulation of fluid, when detected via an MRI scan, according to the FDA. In addition, people could also experience "temporary swelling in areas of the brain that usually resolves over time. The most common side effects of Aduhelm were ARIA, headache, fall, diarrhea, and confusion/delirium/altered mental status/disorientation."

According to the Alzheimers Association, nearly 6.5 million Americans have Alzheimer’s, a number that is estimated to more than double by 2050 in the event of no breakthroughs.