The Federal Drug Administration announced that the products were from a Mexican company named Eskbiochem. 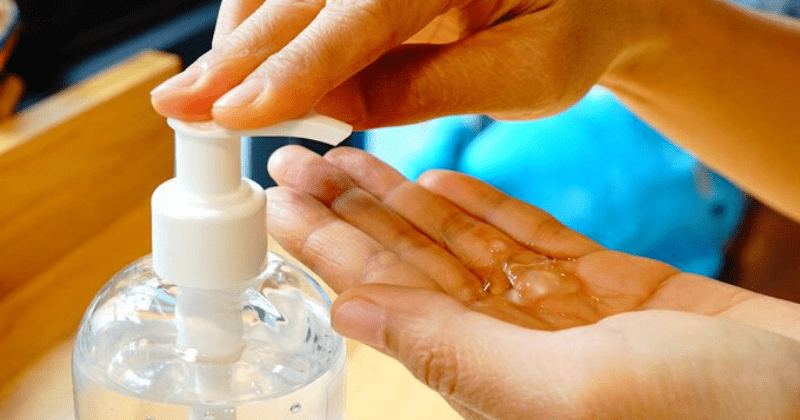 When the pandemic was announced, people rushed to their nearest stores to stock up on toilet paper and hand sanitizers among others. As demand surged at an unprecedented rate, stores didn't have enough stock to meet their customers' rising needs. Therefore a slew of hand sanitizers was purchased irrespective of the brand. However, as per the latest Food and Drug Administration (FDA) directive, however, not all sanitizers are intended to kill the virus, some may even cause significant harm to us.

FDA identified the products below that are manufactured by Eskbiochem. To keep hands clean, wash with soap & water for at least 20 seconds. If soap & water are not readily available, @CDCgov recommends using an alcohol-based hand sanitizer that contains at least 60% ethanol. pic.twitter.com/xpZ9UZQAsx

In the directive released on June 19, the FDA advised consumers not to use any sanitizers manufacturer by Mexican company Eskbiochem SA de CC because they are known to potentially contain methanol, otherwise known as wood alcohol, a substance that can be toxic when absorbed through the skin or ingested. So far, the FDA has released a list of nine products all of which are manufactured by the Mexican firm. "FDA tested samples of Lavar Gel and CleanCare No Germ. Lavar Gel contains 81 percent (v/v) methanol and no ethyl alcohol, and CleanCare No Germ contains 28 percent (v/v) methanol. Methanol is not an acceptable ingredient for hand sanitizers and should not be used due to its toxic effects.," the statement read.

FDA advises consumers not to use any hand sanitizer manufactured by Eskbiochem due to the potential presence of methanol, which can be toxic when absorbed through the skin or ingested: https://t.co/IO4MoLDuSW pic.twitter.com/qjvE8LssPE

"Consumers who have been exposed to hand sanitizer containing methanol should seek immediate treatment, which is critical for potential reversal of toxic effects of methanol poisoning," the directive continued. "Substantial methanol exposure can result in nausea, vomiting, headache, blurred vision, permanent blindness, seizures, coma, permanent damage to the nervous system, or death. Although all persons using these products on their hands are at risk, young children who accidentally ingest these products and adolescents and adults who drink these products as an alcohol (ethanol) substitute, are most at risk for methanol poisoning."

The FDA arrived at the decision to send out the directive because Eskbiochem reportedly failed to heed to its June 17 recommendation that the company removes its products from the market immediately citing the potential risks. "Therefore, FDA recommends consumers stop using these hand sanitizers and dispose of them immediately in appropriate hazardous waste containers. Do not flush or pour these products down the drain," the FDA stated. Besides this, the country's drug administration body has emphasized using soap and water to wash one's hand especially before eating, after a cough, and after stepping out of the toilet. As an alternative, it recommended the use of hand sanitizers with at least 60 percent ethanol to successfully ward off the virus.

What the?! I guess #murderhornets didn't do us all in so now the hand santizer can kill us. #woodalcohol https://t.co/qjJnBSLCwA

The federal agency also called out hand sanitizers making misleading claims like offering 24 hour-protection against viruses. It read: "FDA remains vigilant and will continue to take action when quality issues arise with hand sanitizers. Additionally, the agency is concerned with false and misleading claims for hand sanitizers, for example, that they can provide prolonged protection such as 24-hours against viruses including Covid-19, since there is no evidence to support these claims." Thus far, the agency hasn't been made aware of any adverse effects caused by the listed sanitizer products but urged medical professionals, patients, and consumers to immediately report any side effects and also file a report to its MedWatch Adverse Event Reporting program. Meanwhile, Alexander Eschamilo, a representative for the company told The New York Times that the company had given access to another person to officially get the FDA registration. "He registered our labels and shipped sanitizers. We did not register ourselves. We would never do that, send a toxic chemical maliciously,"  Escamillo stressed, adding the company would take stern action against the broker.