Otherwise, a healthy man, Louis O'Neill, fell into a destructive rut after being laid off from his part-time job at Center Parcs during the coronavirus crisis. 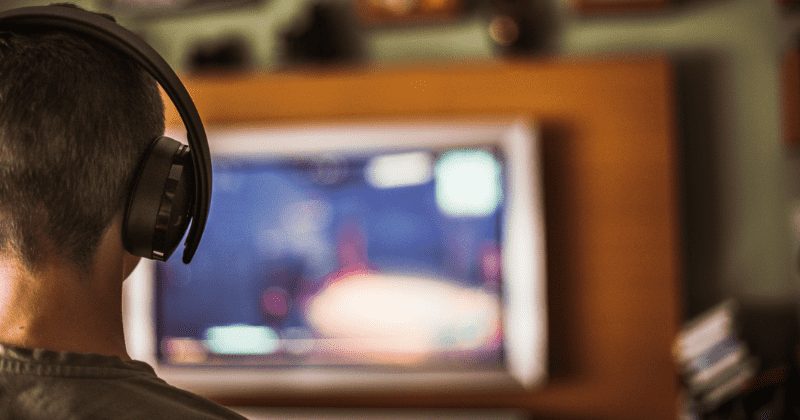 A heartbreakon father in Bedfordshire, England is warning parents after his young son lost his life because of intense gaming. Last year, on June 23, Stanley Greening shared a tragic post on Facebook where he explained how his son, Louis O'Neill's died from a condition known as deep vein thrombosis, or DVT. The June 3, 2020, demise of O'Neill wasn't brought about by any preexisting health issues but was caused by hours of gaming. Otherwise a healthy man, O'Neill fell into this destructive rut after being laid off from his part-time job at Center Parcs during the coronavirus crisis. "He was stuck indoors and he took to his computer for gaming and socialising," recalled the distressed dad according to BBC.

Greening shared that his son had many healthy practices before the lockdown forced everyone indoors. Apparently, the 24-year-old would often go to the gym and walk most places. He didn't even smoke or drink and that's why his sudden death came as a bit of a shock for his family. "We didn't expect anything like this to happen," explained Greening, who noted that O'Neill began feeling unwell about a week before his death. He had even collapsed by a telephone consultation with the doctor gave them assurance that it was simply a result of food poisoning. Then "on 3rd June something so awful happened, the worst imaginable thing to happen to such a young man and the worst imaginable thing to happen to a parent," read the Facebook post.

"My son, my dear boy, Louis, has gone. Not from the evil virus but because of it. Not from the evil virus but because of it. His young life, barely begun, still trying to find his feet, just torn away. The devastation… after seeing my dear boy go like that, I am in a living hell. This damn lockdown. After being furloughed he took to his gaming world to escape. Caught up in a virtual world he became less active, so easily done. Hours fly by when absorbed by the screen, I’ve done it countless times myself. But no one, and I mean no one, ever in a million years would have predicted a blood clot. And just like that, it ripped my son away and I died inside along with him," he continued.

O'Neill died due to deep vein thrombosis, which is a serious condition that happens when a blood clot forms deep inside a vein deep within the body. According to the CDC, "these clots usually develop in the lower leg, thigh, or pelvis, but they can also occur in the arm." DVT can cause "serious illness, disability, and in some cases, death." DVT can be caused due to a vein injury, increased estrogen, chronic medical illnesses, and long bouts of inactivity. Limited movement restricts blood flow and the blood begins collecting in the legs or other extremities, something that doctors believe happened to O'Neill.

Speaking to Daily Mail, Greening said how his son lost himself in the virtual world and in doing so indulged in a problematic pattern that ultimately affected his health. "Hours would go by," he said. "I would often get up in the morning and he was just going to bed. Gaming keeps you stuck in your chair for hours and hours." Greening said that his son would probably play for six to seven hours at a time with only a few breaks in between. "He was sitting there all day," he recalled, adding that the 24-year-old soon put on some weight in addition to changes in his mood. On June 3, the young man passed away before paramedics could even arrive. Now the grieving father is making sure that his son's death wasn't in vain by sharing his story to help other stuck at home like him.

"24 years old. Who is warning youngsters?" wrote Greening. "Who is warning anyone, of any age? No one!! So I am. My son will live on, I shall continue to spread this warning in his name. This terrible thing was preventable had he or we known such risks. It is very rare in such circumstances but speaking to medical professionals I discover there has been a number of cases in youngsters during this lockdown. Like many I associate it with older people and something we are warned about on planes! As more and more of us are working from home it is likely you are not getting out your chair as much as you need. Stand up, walk around, and please, warn your kids. If I can prevent one loss in my son’s name then that’s one bright light that will shine on LOUIS. So STAND UP, for Louis."