Joel Denny was devastated when he had to break the news to his daughter that her mother was no more. He had initially thought of not telling her but later realized that he wouldn't be able to handle the guilt. 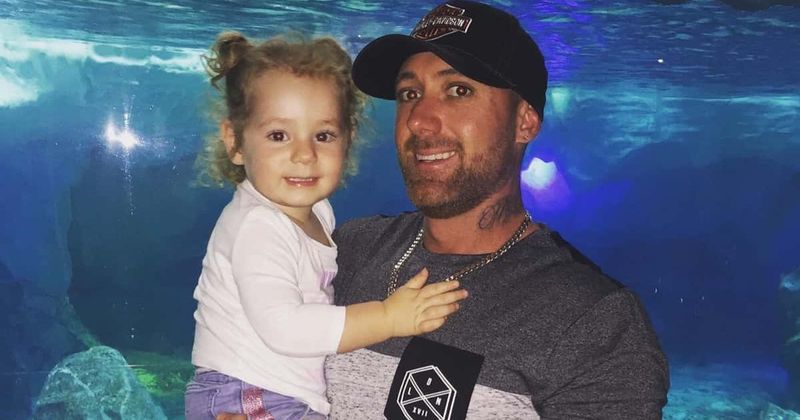 There is no preparing someone for the loss of a loved one, and conveying the news to other family members is not easy. A father in Australia had to deal with the loss of his former partner as well as the heartbreaking task of telling his daughter that her mother had taken her own life.  One could just imagine the pain that the man had to deal with. Thankfully, his own mother was there to help him give his daughter the sad news. Daily Mail reports that Joel Denny, 32, from Brisbane, Queensland, and his former partner, Beajay Phillips, 25, had been together for 8 years before they decided to part ways. They separated on good terms and even spoke on a daily basis, but had no idea that Philips was battling her inner demons.

'Where's mummy?' Devastated father opens up about the moment he had to tell their daughter, 3, she had taken her own life - and the heartbreaking way he let her say goodbye https://t.co/Zk9JZPjOa0

Denny was at his parents' house tending to his daughter, Macy, who was unwell. Two hours earlier, Joel and Beajay had spoken to each other on September 29.  Joel said, "I was on the phone with Beajay until probably about 11 or 11.30 that night. She seemed fine and was helping me put Macy to sleep." At about 2 in the morning, his phone rang. He received the shocking news from Phillips' flatmate that she had committed suicide. "Beajay had taken her own life. It was terrifying, it was not something you can prepare yourself to hear. I was speaking to her two hours earlier," he said.

Dad forced to tell daughter her mum killed herself after she asked ‘where’s mummy?’ https://t.co/aSROCPeSqq

Upon hearing the news, he immediately left for Beajay's house leaving his daughter with his mother. First responders managed to revive Phillips on the way to the hospital, but once they reached there, she was put on life support. Denny said that the next week was harrowing. "She was perfectly fine. I was just in shock. I've never experienced anything like that in my life. She went into full body seizures, which was very difficult to see. She was breathing by herself and her heart and everything was working by itself but over the next couple of days she deteriorated."

The doctors then determined after a series of test that nothing more could be done. She was brain dead. They advised that family and friends had to say their goodbyes before she was taken off life support. Denny was faced with the monumental task of having to tell his daughter about the news. He did not know how to do it. "My daughter started to ask questions like "where's mummy?" and stuff like that. I'd kind of just change the subject until I had further information. By the end of it I just couldn't live with the guilt of not telling her what was going on. I took her to a quiet area and told her, and my mum helped me with that, and just explained it to her the best I could in her language," he said.

Why would you tell your daughter that, 3 yrs old, she can’t possibly comprehend, just say she’s in heaven and tell her the truth when she’s much older...

He added, "It was the hardest thing I've ever had to do in my life and was so heartbreaking. Being three she doesn't fully comprehend it." For a while, he even thought that Macy saying goodbye to her mother was not a good idea. He was hesitant because he thought it would upset her. He finally came around when nurses talked to him and told him about the need for closure for his daughter.  "I don't think I could've lived with the guilt for the rest of my life of not giving her the opportunity to say goodbye," he said. After all the goodbyes, Beajay's life support was finally taken off on October 7. Her organs were then donated. The road to recovery has not been easy and Macy still asks for her mother.

Denny said, "Her whole life has changed in a matter of three weeks. She's gone from seeing dad every second weekend to being with me full time. There's been a couple of nights she's woken up in screams - screaming out for her mother. That's been so heartbreaking, you try your best to be there for them but they don't want that.  You can't prepare yourself for this, no one can. She was the most happy, outgoing person. Everyone has their issues and I would never expect her to not speak about it. We would always turn to each other in our darkest times."

A GoFundMe page has been set up to assist the family. At the last count, it had already reached its goal of $5,000.