Witnesses stated they heard the 65-year-old man being attacked viciously and then found him with his head bashed in. 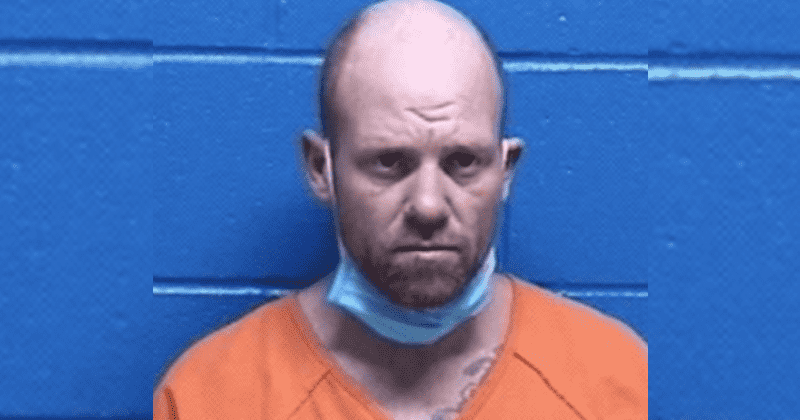 Trigger warning: This article contains graphic descriptions of violence that some readers may find disturbing.

In a horrific incident in Montana, a 44-year-old, reportedly beat a 65-year-old man in a wheelchair to death. Charles Covey, the alleged attacker, now faces charges of deliberate homicide following the death of 65-year-old Roy Lee Nelson, whose body was found last week on a trail in Missoula, Montana. Covey's father has said his son deserves the death penalty if he is convicted of attacking the elderly man, reported The Sun. According to court documents, Covery reportedly pushed Nelson out of his wheelchair before attacking him. While no witnesses saw him attack the elderly man, people in the vicinity had heard the attack and described it as hearing "a hollow metal pipe being violently struck against something" multiple times. One witness found the 65-year-old man's body with grievous injuries. They saw "a massive head wound with pieces of brain and blood" spattered on a concrete wall. A woman had called 911 around 1 p.m. last Friday to report that a man's face covered in blood and his head appeared to be "bashed in."

HAPPENING NOW: Charles Michael Covey, 44, is appearing in front of a judge via Zoom. Covey is the suspect in the homicide of Lee Nelson, 65. pic.twitter.com/ApgJtbNSaU

Michael Covey, who is known by his alias Jesse Nitcy, faces life imprisonment, or between 10 and 100 years in the Montana State Prison. It remains unclear if the state laws have a provision to punish him by execution. Covey's father has said he wants his son executed if he's found guilty of the crime. "I’m 100 percent for it (the death penalty) right now," he told the Missoulian. "Tomorrow… I might have a different heart. I don’t want this monster pampered. What he did is unforgivable. I definitely wanna do my part to make sure it doesn’t happen again,” he added. Covey reportedly has an "extremely violent history" and has allegedly spent 17 years in prison for beating "some people half to death," said his father.

Legal experts said it was unlikely that the 44-year-old would be executed for the crime. Deputy County Attorney Brian Lowney wrote in an email: “Based on the statutory scheme Montana currently has in place regarding the death penalty, it is unlikely that it is constitutional to seek the death penalty in Montana at this point. Case law from the United States Supreme Court in Hurst v. Florida, 577 US 92 (2016) holds that a jury must decide whether the death penalty is applicable for that sentence to be constitutionally imposed, which the statutory scheme in Montana does not currently provide for."

Charles Michael Covey is currently being held on a $1 million bond and had appeared in Missoula County Justice Court on Wednesday via video feed after being arrested by the Missoula Police Department. Justice of the Peace Alex Beal said the $1 million bond was justified considering the heinous allegations against the 44-year-old and taking into account his previous violent offenses and the defendant's repeated failure to appear before the court in the past. The judge also described the crime as "quite frankly one of the more violent and heinous accusations I have heard." In the event of Covey posting bail, he is not allowed to have any direct or indirect contact with the victim's family or witnesses described in the affidavit, said Beal, according to The Missoulian.

Charles Covey admitted to being in contact with Nelson, claiming that he was trying to "bum" cigarettes from him, "but that Nelson had an attitude with him," read the affidavit. "The defendant denied touching or pushing Nelson's wheelchair, despite being confronted with witness statements to the contrary. The defendant denied knowledge of the homicide. However, the defendant told officers he threw the clothing he was wearing (Friday morning) in the trash shortly after the homicide ... because the clothes belonged to another person who wanted them back."