Fans chastised publications for invading Dean's privacy in such a manner as he is known to stay away from the spotlight and has successfully done so for the last four decades. 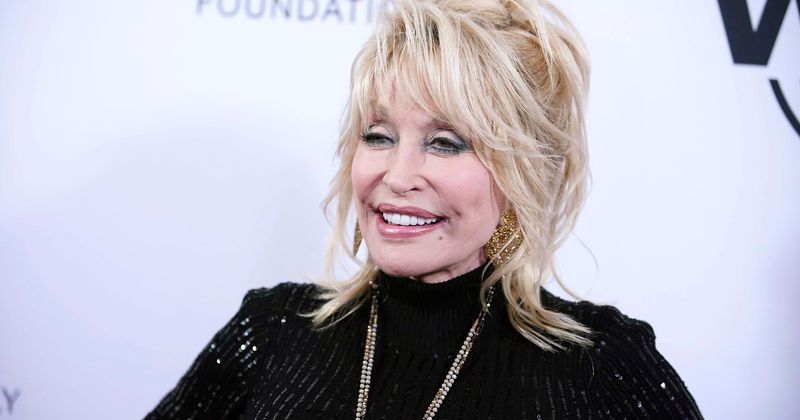 Dolly Parton's fans proved their loyalty last week after multiple media houses shared paparazzi photographs of the singer's husband of 53 years, Carl Dean. Fans chastised publications for invading Dean's privacy in such a manner as he is known to stay away from the spotlight and has successfully done so for the last four decades. The 77-year-old is said to have been spotted near the family estate in Brentwood, Tennessee, late last month and when photographs of his rare sighting were shared online on Thursday, Parton's fans urged the media to respect his personal space and privacy.

According to Daily Mail, Dean—who has been with the country superstar since 1964—is partial to quite a reclusive lifestyle. Speaking to the National Enquirer, a source revealed, "He barely leaves the house and doesn't really interact with people unless he absolutely has to - the total opposite of Dolly. Carl is still extremely reclusive and in any given week he will only leave the house a handful of times." The retired business owner and his celebrity wife are also said to live independent lives even as they enjoy their successful marriage of 53 years.

The Jolene singer first met Dean outside a Nashville laundromat in 1964 and the pair tied the knot in a private ceremony attended only by Dolly's mom and the pastor's wife two years later. They celebrated their 50th wedding anniversary in 2016 by renewing their vows in a similarly private but glamorous ceremony in Nashville, Tennessee, reports Entertainment Tonight. "If I had it to do all over, I'd do it all over again, and we did. I'm dragging him kicking and screaming into the next 50 years. Wish us luck," Parton said at the time.

Dolly Parton, the iconic country music star married Carl, her husband in 1966. They have been married for 53years, they have no child & Carl has been to her show once.

Dolly Parton: “I believe God denied me a child of my own so that, I can be a mother to all kids in the world “ pic.twitter.com/beV9ysNumH

Although Dean has eschewed the spotlight and refrained from appearing at events or on red carpets with Parton, the legendary country singer has always respected his reasons for doing so. Speaking to PEOPLE during the October premiere of her Netflix series Dolly Parton’s Heartstrings, she said, "He’s always supporting me as long as I don’t try to drag him in on it. He’s always been my biggest fan behind the scenes, but he’s at home. I don’t think they’re probably showing much of this on TV and if they do, he might see it. But anyway, he’d never come dragging around. I’d rather bring somebody else with me, you know? He’s never jealous of that either."

Dolly Parton with her husband, Carl Dean, 1966.
Although Parton does not use Dean's surname professionally, her passport says "Dolly Parton Dean" and that she sometimes uses Dean when signing contracts.
They've been married now for 52 years. pic.twitter.com/UXE45n39Df

Well aware of their icon's respect for her husband's privacy, fans were outraged at Daily Mail and the paparazzi agency who captured Dean's images last month when the publication shared the snaps last week. According to Pop Culture, commenting on the articles shared on Facebook, one netizen wrote, "People are so rude when people want to be left alone and live their private lives than everyone else should be respectful for their wishes. They are people who want to live life like everyone else please respect them and they will respect you it's sad that you can go and take pictures of people without their approval and post them. You wouldn't like it if there were pictures of you posted without your approval."

"Leave him alone. If he wants to stay under the radar - the media should all respect that. Especially with all Dolly does for so many things," another Facebook user commented. While one user wrote, "If he doesn't want to be bothered... DON'T BOTHER HIM!!! Be respectful!!!", others pointed out how the incident is a perfect example of why Dean prefers to lead a reclusive lifestyle. "You people act as though this man hasn't seen the light of day in decades. No wonder he's avoiding you," a Facebook user commented.