Mao Yin, 34, was abducted in 1988 from Xian city and sold to a family living 220 miles away in Sichuan province. 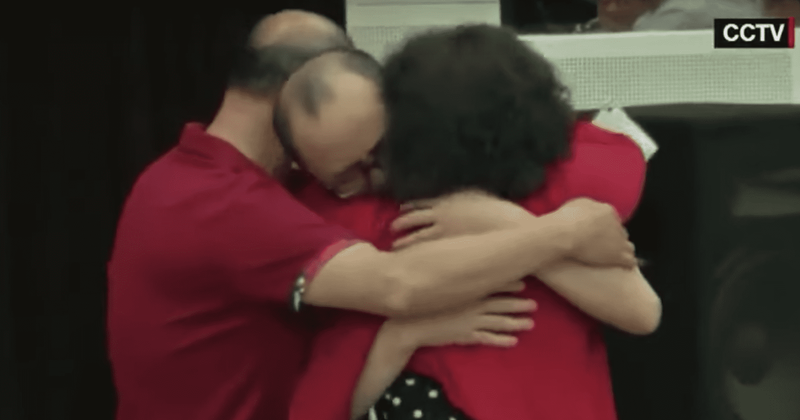 It was October 17, 1988. Mao Zhenjing had just picked up his son from school in the city of Xian in Shaanxi province and they were on their way home. The two-year-old, Mao Yin, told his father he was thirsty. They stopped at the entrance of a hotel and Zhenjing had just turned his attention away from his son briefly to get the water and looked back but Yin had disappeared as if in thin air. From that day on Zhenjing and his wife left no stone unturned to search for their son. The child's mother Li Jingzhi put out some 100,000 fliers in over than 10 provinces and municipalities and went on to appear in countless television programmes appealing for the return of her son. She even left her job so that she could fully concentrate on the search. Over the years she followed 300 leads which all came to nothing according to BBC.

Mao Yin was snatched aged two, while his father stopped to get him some water on the way home from nursery.https://t.co/uibfsCy4V1

At the same time, she also volunteered in a group called 'Baby Come Back Home' that helps other parents of missing children in efforts to find them. Jingzhi helped at least 29 families find their children while she herself searched for her own son. She never gave up hope. And 32 years after her son went missing and the agony of searching for him she finally found him and they were reunited on May 18. Highly emotional scenes played out at a news conference that was organized to announce the find. Yin ran to hug his mother who were both in tears. His father approached slowly and the three were held on into a tight embrace as photographers clicked pictures and others shed tears of joy for them. Yin was found on May 10, which is celebrated as Mother's Day in that country but was only reunited with his biological family on Monday reports People.

"This is the best gift I have ever got,” said Jingzhi reports while adding, "I don’t want him to leave me anymore. I won’t let him leave me anymore.” As Yin spoke to his mother Zhenjing locked his hand into his son's as though making amends for a mistake 32 years ago. Yin had been traced by the police in April living 220 miles away in Sichuan Province in the south-western part of the country. They had received a tip about a man who had adopted a baby years earlier. The baby had grown up to be a 34-year-old man named Gu Ningning. When a DNA test was carried out on Ningning, he was found to be related to Zhenjing and Jingzhi. Ningning was the name given to Yin by his adoptive parents. Yin had been sold for 6,000 yuan (around $840) to a childless couple.

JOYFUL REUNION: It's a heartwarming update to a sad story: Mao Yin was 2 years old when he was kidnapped in 1988: https://t.co/JH6ArhJShv https://t.co/jcbs7MSZoB

Additionally, Xian police used facial recognition technology to analyze old photos of Yin. With this, they simulated an image on how he might look in the present day. This was then compared to pictures in a national database. The investigation of the police into the case has not ended yet although the police have not divilged any information about the family who raised Yin. Yin said he had seen his biological mother speak in television a number of times but never in his wildest imagination would he have thought that she was his real mother. Yin ran a home decoration business and said he was 'not sure' about the future. He however said he would spend time with his biological parents. Children abductions are a big problem in the country for years but alarmingly the government does not keep any statistics on the same according to the BBC report.

Mao Yin was two when he disappeared in Xian, the capital of Shaanxi province, in 1988 and was sold to another family who raised him as their own son.https://t.co/82OphQSY82

The 'Baby Come Back' platform highlights as many 14,893 posts looking for missing boys, and 7,411 looking for girls. Around 20,000 children are estimated to be abducted each year in China. The country's Ministry of Public Security set up a DNA database that has since helped reunite 6,000 missing children with their families. A platform called 'Reunion' was also launched by the government some years ago which has led to some 4,000 missing children being found.