Shane Snellman's body was found in 2017 when his killer named Bruce Roberts died from natural causes at his home in Sydney, Australia. Robert's neighbors called the police when they became worried about his well being 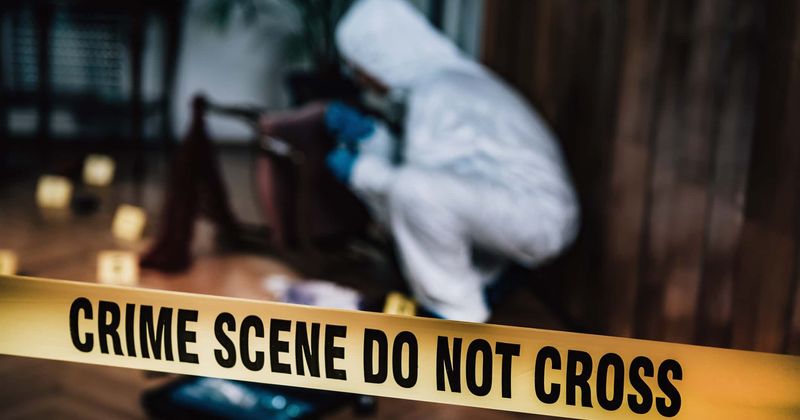 Trigger Warning: The story has details related to a murder that readers will find disturbing

Back in 2002, Shane Snellman, a petty thief in Sydney, Australia broke into a home in Greenwich located on the city's lower north shore. But he didn't realize the owner had firearms. Bruce Roberts shot Snellman dead but rather than inform the cops about the whole situation, he did something that left people shocked. Roberts kept the dead man's body in his bedroom for the next 15 years reports ABC News. And it was not until Roberts himself died in 2017 all alone in his home that Snellman's body was discovered. These details were recently learned at an inquest on Thursday at the Coroner's Court in Lidcombe. Roberts who inherited the house and $1 million in shares rarely left his home. He was described as "a loner and socially awkward" and an extreme hoarder by his family.

Snellman's body began to decompose after his death. To mask the smell, Roberts tried to hide the smell using an inordinate amount of air fresheners. As many as 70 bottles were found surrounding the body. Authorities said Roberts made a "conscious effort to mask the smell." Snellman's body was found when Robert's neighbors noticed his uncollected mail piling up on his doorstep. They became concerned for the well-being of the 50-year-old. The cops were called on July 21, 2017. The front door was broken. Inside were piles of rubbish which the emergency services had to negotiate on their way in. They finally found Roberts collapsed over a heater.  Roberts died somewhere between May 26 and July 21, 2017, from natural causes.

I will Never break and enter a home now!

But it was only a year later that Snellman's body was found. The court heard that cleaners hired to tidy up Roberts's estate discovered Snellman's body on May 29, 2018. Shane Spencer, a Senior Constable was among the officers who broke down the home's front door and was in court to give evidence. "He was an extreme hoarder, I've never seen anything like it," he said while adding he was aware of the homicide investigation into Snellman's death. As many as 19 firearms were also recovered from Robert's home although authorities could not determine which one was used as the weapon used to kill Snellman. The man had just got out of prison over a drug supply charge in 2002. Shortly after being out, he went missing. According to bank records, he had 66 cents to his name just before his death.

He was 39 when he died and had been involved in all kinds of petty crimes. His most serious charge was killing a homeless man when he was 15 years old. Snellman might have been murdered between October 18 and 24, 2002.  "He was a very loving man, would do anything for anyone. He didn't deserve what he got," said Tiana Snellman, the victim's niece who was at the inquest with a few other relatives. She added she wanted her uncle to be remembered as a generous man.

We reported a similar story of a woman in Pennsylvania who put her dead grandmother's body in a freezer and hid her for 15 years just so that she could cash her social security checks. Cynthia Carolyn Black, 61, told the police she had found her maternal grandmother dead in their home in Ardmore in 2004.

Glenora Reckord Delahay, was 97 when she died in 2004. The body was found when potential buyers of the home discovered it and informed the authorities.  The remains of the body had been wrapped in a black trash bag and under blankets in a white chest freezer in an outhouse. Using DNA samples from the dead body, investigators determined that the remains belonged to the grandmother.