'Troop Beverly Hills' Is Finally Getting A Sequel After 31 Years

A sequel to Shelley Long's beloved film is in the works and fans are beyond excited. 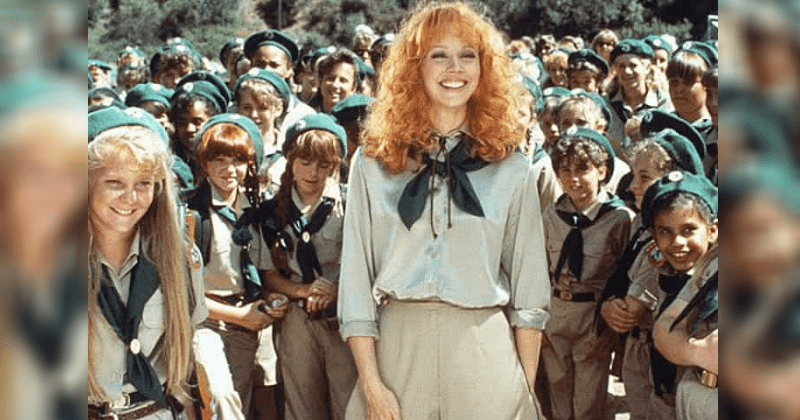 Troop Beverly Hills released in 1989 and was a comedy about a Beverly Hills housewife who signs up as a den mother to a troop of Wilderness Girls. After over 30 years since its release, this cult-classic is now getting a sequel and ET has confirmed that it is in the works at TriStar Pictures. In this follow-up, director Oran Zegman will be working on his feature debut after the release of his short film Marriage Material (which you can watch here).

He is working with a script written by Aeysha Carr (Woke) and Tamara Chestna. The original film was produced by Ava Fries who based the story on her own life's experiences. She will return along with Charles W. Fries who will serve as executive producer. Zegman is a graduate of Israel's Beth-Zvi and California's AFI Conservatory. Currently based in Los Angeles, her short film was the first musical made at AFI and was picked up by Searchlight Pictures for distribution. It's also being developed into a Quibi show that Zegman is directing and co-writing.

It is unsure if this Troop Beverly Hills sequel will have a completely new cast or will reunite the original cast. We are still waiting for more details but we know a sequel is well on the way. The outlet reunited the cast last year and Betty Thomas who played the villainous Velda Plendor spoke frankly about the coming sequel. "I think we should do it. I know that Sony has a script over there," she revealed. "I actually know that there's a person going in to pitch it with the idea that I would direct it and that she is going to do the rewrite on it," Thomas said at the time. "I'm not supposed to say any of this!" Alas, that appears to have not come to fruition, but that could be for the best.

That particular take on the story did not include Shelley Long's Phyllis Nefler or any of the now-grown Wilderness Girls. The girls were played by Tori Spelling, Carla Gugino, and Jenny Lewis. "They're talking about a new cast," said Long, though she added, "We could have some cameos!" Gugino, who has been in a relationship with filmmaker Sebastian Gutierrez since the 1990s remarked on his creation of 'Jett', a feature where she plays a top-notch thief.

A TROOP BEVERLY HILLS SEQUEL???? WHAT A THRILL!!! (I will be so goddamn heartbroken if Shelley Long and Jenny Lewis aren't major players in this film.) pic.twitter.com/d88fqyCmrk

"He wrote nine hours on spec, for free," Gugino said in 2019, describing the four-year labor of love that Jett was for both of them. "...And we waited a long time to make it the way we wanted to make it, not knowing we were going to get to make it." "I don't think there's any magic bullet [to work well with your partner], but I'll just say, with us, what's great is that we are good at different things and therefore makes it a good balance...And you do have trust. I think that's great for creativity."

Meanwhile, Troop Beverly Hills was released in 1989 and was not well received by critics upon release. However, it went on to become a cult classic for its feminist undertones in recent years. The scriptwriter Carr is also writing Kevin Hart and Will Smith's upcoming feature Planes, Trains, and Automobiles reboot. The original Troop Beverly Hills movie's official plot synopsis is: "With her marriage breaking up, Beverly Hills housewife Phyllis Nefler (Shelley Long) boosts her self-esteem by leading a local troop of Wilderness Girls. Although Phyllis’ version of roughing it is spending the night at the Beverly Hills Hotel, that suits her privileged troop members just fine. Unfortunately, when Phyllis falls afoul of a rival leader, the girls are threatened with having their group dissolved unless they can prove their wilderness skills at the annual jamboree."