trending celebrity people lifestyle news animals
Eddie Murphy's Ex, Spice Girl's Mel B Said He Will Always Be The Love Of Her Life: "He Showed Me True Love"

Eddie Murphy's Ex, Spice Girl's Mel B Said He Will Always Be The Love Of Her Life: "He Showed Me True Love"

The two of them dated back in 2006 and were really serious about each other then. 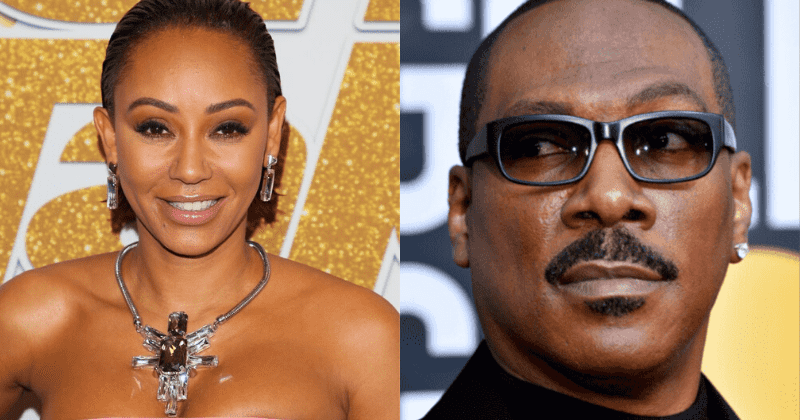 There may be times in a couple's relationship when they realize that things just aren't working out and it might be time to call it quits. However, one or both of them may later realize that the other was actually the love of their life and they let them get away. Such sentiments are extremely difficult for someone to come to terms with.

Mel B's story goes back to her being known as 'Scary Spice' during her time with the band Spice Girls. However, she was the kind of woman who opened up her heart and likes to share her honest feelings, and contrary to what several sitcoms portray, there's nothing scary about that. The singer decided to disclose the emotional details of her 2006 relationship with actor-comedian Eddie Murphy, a father of 10. The star of The Nutty Professor was once totally in love with Mel B and their relationship brought a beautiful vibe to their world. Metro reports that they had a daughter, Angel Murphy Brown, together—but their relationship did not stand the test of time.

"He showed me what true love feels like, and for that, I have the utmost admiration and respect for him," said Mel, according to Mirror UK. She narrated how the duo met at this home in Beverly Hills in June 2006. He was already attracted to her and wanted to take her out on a date but she wanted to meet in a casual environment. "He wanted to have a date with me by myself, I was like, 'No. Get him to do a dinner party at his house or something like that’. And so I went along to his house and there was a massive, massive dinner party going on. I’m like, oh my God. Where is he? We first met, I saw him across the room, he saw me and then I freaked out because I’ve never had somebody look at me like that. It was such a familiar look. As in, it felt like home. I could see my soulmate. So I ran to the restroom. Then I left and I went home," she said.

At the time, Mel allegedly came up with an excuse saying that she was going to visit a friend's house for a party inside a hotel in West Hollywood. But the Norbit actor caught her bluff easily and actually moved his party there. When she found out, she realized she has to get dressed again to go to the hotel.  "And there he was, with his party at the Mondrian that he’d moved from his house in Beverly Hills to West Hollywood. I’m like, oh God, that’s really nice that you did that. I got all like jittery again, and I’m not a nervous person; I went, ‘I’m just gonna go to the bathroom.’ And he goes, ‘Over my dead body.’ And he walked with me, behind me, to the bathroom. Escorted me, waited for me, then brought me back to the table. And then from that day, he said, ‘Can I spend every day with you?'" she said.

The couple began their adorable courtship and started to spend more time together after that. They were even into discussing plans of getting married after only a few short months together. During this phase, he also went on to surprise her with a weekend in Mexico. "I’m the true romantic kind of love story kind of girl, I wanted him," said she. She was falling in love with him every day and just like a gentleman, he had asked her father for her hand in marriage. "Then we designed some rings together and then we planned the baby and we got pregnant – and then I felt suffocated," she added. After that, their relationship went downhill and she flew to Leeds to meet her mother after an argument. She thought he was going to try and win her back. However, he betrayed her by saying, "I don’t know whose child that is until it comes out and has a blood test. You shouldn’t jump to conclusions," according to PEOPLE.