Elvis Presley Was "Obsessed With Virginity", And Had 14-Year-Old Girls On Tour, Book Claims

A resurfaced story from 2016 details shocking allegations of paedophilic behavior displayed by the King of Rock and Roll, Elvis Presley, in a biography by author Joel Williamson. 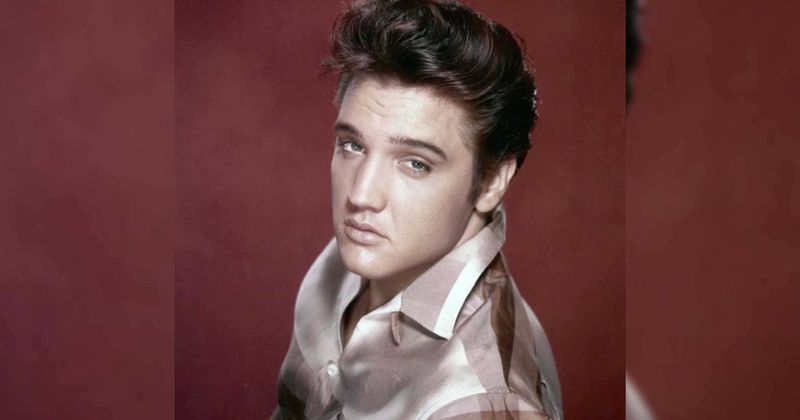 It hasn't been long since the controversial child sexual abuse allegations against the King of Pop, Michael Jackson, shook the music industry. Even as the tumultuous waves caused by the documentary Leaving Neverland continue to ripple across the world, accusations of paedophilic behavior displayed by another legendary artist anointed a king in the world of music has resurfaced on the internet. Author Joel Williamson's 2014 book Elvis Presley: A Southern Life, made a number of shocking claims about the Can't Help Falling In Love singer. In the biography, Williamson alleged that Presley regularly preyed on underage girls and was "obsessed with virginity."

In addition to shaking the music industry by its roots, Leaving Neverland sparked a widespread debate on whether Jackson still deserved to be admired for his musical talents in light of his alleged perversions. With the public divided over the "art vs artist" question, similar accusations made against other revered names in the industry which blew up at some point and died down after it ran its course, floated up to the surface again. Moreover, deplorable behavior displayed by powerful men in the past and conveniently ignored by everyone no longer goes unaccounted today with the #MeToo movement being at its strongest ever right now.

While we can't say for sure, these may have been the factors that led to the recent resurfacing of a 2016 Vice report about the shocking claims made against Presley in Williamson's book. Born in Tupelo, Mississippi, in 1935, Presley went from being a truck driver to a renowned singer with seemingly infinite potential within just a couple of years. His superstar status and good looks meant that he was swarmed by a horde of screaming fans everywhere he went. While songs like Love Me Tender tugged at the heartstrings of women of all ages, Williamson claims Presley particularly enjoyed the admiration of underage girls.

The author alleges that Presley's main focus wasn't "taking care of business" while on tour. Rather, he is said to have prioritized exploiting his celebrity status to prey on his young female fans. In his book, Williamson claims the singer kept a group of three 14-year-old girls with him on tour, who would pillow fight, tickle, wrestle, and kiss Presley, who was 22-years-old at the time. The author also mentions another incident from 1954 where the singer allegedly slept with a fan while in Louisiana to perform on the Louisiana Hayride show.

Apparently, the condom broke while he was performing the act and not knowing what to do, Presley called his friends on tour for advice. However, they had no helpful advice for the Heartbreak Hotel singer and he said to have informed them the following morning that he took the girl to the emergency room and left her there to get a douche. Furthermore, the book claims he was obsessively calling his girlfriend at the time, 15-year-old Dixie Locke, all the while. The two were in a relationship for about two years between 1953 and October 1955.

A few years later, in 1959, the then 24-year-old Presley met 14-year-old Priscilla in Germany during his stint in the military. The pair dated for about 6 months before he returned to the States. In her memoir Elvis and Me, Priscilla claims that the singer performed everything but penetrative sex with her on the first night they spend together and until the time they tied the knot. Alluding to this, Williamson notes in his book: "It was as if Priscilla's virginity was another thing that Elvis strangely and sorely needed to maintain."

After the two exchanged vows in 1967, the singer would allegedly bring other women into their bedroom where he would watch and film his wife with them. Williamson further claims that Presley installed a two-way mirror in his Palm Springs home so as to spy on the couples having sex during the extravagant parties the singer threw which often featured showgirls. According to a report by The Sun, the controversial book also includes a number of accounts from former lovers who spoke of having "highly overrated" sex with a person "obsessed with virginity."

This particular accusation about Presley's alleged obsession with virginity is backed by something Priscilla wrote in her book. Journalist Alanna Nash claims in her book Baby Let's Play House: Elvis and the Women Who Loved Him that the singer stopped having intercourse with his wife after she gave birth to their only child, Lisa Marie. Priscilla herself alludes to this in her memoir in which she wrote that Presley "had mentioned to me before we were married that he had never been able to make love to a woman who had a child."

In her book, Priscilla admitted to eventually cheating on the singer and coming clean about the affair to him. Upon hearing of her indiscretion, Elvis allegedly grabbed her and "forcefully made love" to her, saying, "This is how a real man makes love to his woman." The pair went their separate ways in 1972 and finalized their divorce a year later. As shocking as the claims made against the legendary singer are, given how they have all but been forgotten in the years since Williamson initially gained attention, it leaves us wondering whether the same will be the case with Michael Jackson.