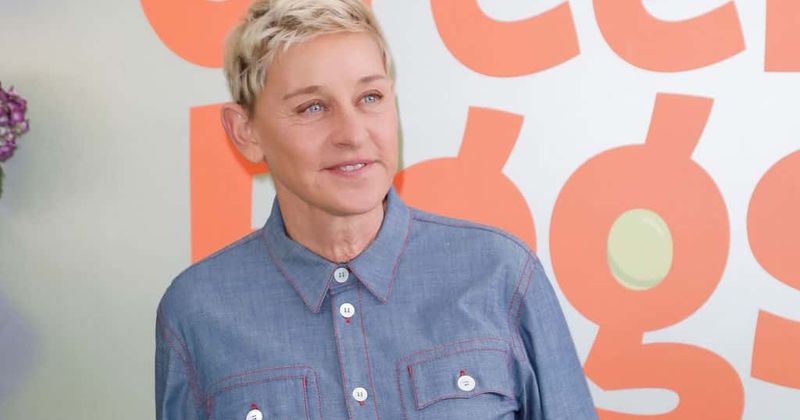 According to the testimony of a former waitress, talk show host Ellen DeGeneres tried to get her suspended from the restaurant she worked at for allegedly having chipped nail polish. Chris Farah, 35, now a comedian and actress said she was working as a server at Los Angeles vegan restaurant Real Food Daily in 2014 when DeGeneres and her wife came there for brunch. Farah waited on the couple and said that the meal went off without a hitch and there were no complaints. However, the chat show star emailed the restaurant owner a week later and complained that Farah's nail polish was chipped. She claimed that her bosses then tried to suspend her for two weeks due to this comment.

EXCLUSIVE: Ellen DeGeneres has built her brand on the motto “be kind." But at her talk show, current and former employees say they faced racism, fear, and intimidation https://t.co/8e7vCU93ud

"She really went out of her way to try to hurt someone who was beneath her and serving her,’" Farah told DailyMail. "You’re going to try to take money away from me for two weeks because you don’t like the way my nails looked? It’s sh***y. It’s not anything akin to her image of 'be kind'. It’s unnecessarily cruel and out of touch, and doesn’t understand the repercussions. It’s a crazy thing to do." The multi-millionaire comedian and talk show host DeGeneres has received a barrage of criticism by dozens of staff members due to the racism, bullying, and alleged sexual harassment on The Ellen DeGeneres Show at its Hollywood studio. Due to this scandal surfacing on the news, DeGeneres had to send an email to apologize to her staff. Many of her critics and accusers have labeled her as a "complete bull" with claims that she is "power-hungry'" and very much part of the toxic environment on set.

Your indignance is not matched by facts. It turns out Many documented instances of Ellen lying, being mean are documented. + (in case you were unaware) misogyny is abundant in the LBGTQ community.
Just like Cosby, a Comedian broke the nail polish story.https://t.co/KG61EEXm0T

Farah told the outlet that she initially thought that the 2014 brunch she served DeGeneres and her wife Portia de Rossi went well and was stunned when they recieved scathing feedback. "First of all,  I thought her demeanor was a little weird. It was like she was taken aback by me in some way," Farah said. "I just remember her being like 'What’s Christina Applegate having?' She was also in my section. She ordered that. Everything went down the way it should, and I’m really nice and warm, I was a really lovely server. A week later my managers were like 'Chris did you happen to serve Ellen when she came in a week ago?'"

@RealFoodDaily Did you SERIOUSLY threaten to suspend Chris Farah for chipped nail polish after Ellen DeGeneres complained? Honestly? And you're a small business? If this is true, you should be ashamed of yourselves. If it's not, I suggest you defend your good name.

"I 100 percent thought it was a good thing. She was friends with the owner, and in my mind, I was like 'oh this is going to be a really good thing for me. She wants me to come on her show and serve mini cashew cheeses to the audience in some adorable way.' My bosses looked at each other and kind of smirked. They said 'she emailed Anne [the owner] and complained about your chipped nail polish.'" I was like 'what?' It had chipped the night before and I didn’t have time to get a fresh manicure after I closed the restaurant at 11 pm and reopened at 8.30 am the next morning. I probably shouldn’t have had chipped nail polish. But it wasn’t on her food or plate."

She was pretty astounded that a fellow female comedian, even one as famous and popular as DeGeneres would try to abuse her power in a 'sadistic' way. "She’s obviously a very rich, famous, television person. She has to assume the person serving her is not as rich or famous as her – and most of us are struggling artists," Farah said. "I’m a younger, female person of color, I’m Lebanese-Syrian and she knows the power she has over this particular restaurant and owner because she has a relationship with them."

I waited tables for years to pay for college.
I don't think I ever had a customer this fuckfaced.

"The meal went great, but she says Ellen emailed the restaurant to complain about her chipped nail polish. Farah says she was almost suspended from work."https://t.co/n5D8DHSaKD

Not everyone has criticized DeGeneres and some of them have even come to her defense amid the onslaught of allegations. Music manager. Scooter Braun tweeted: ‘@TheEllenShow is a kind, thoughtful, courageous human being who stands for what is right and highlights on her show the best of us." Farah retorted to this as well stating: "some celebrities have come out on her side but yeah she probably wasn’t mean to you because you’re a freakin’ privileged celebrity."

#TheWayISeeIt The jealous comedians:
Kevin T. Porter
Brad Garrett
Kathy Griffin
The attention loving one:
Nikkie de Jager
The writer who has a grudge:
Chris Farah
The people who were the loudest in starting and fueling @TheEllenShow hate campaign. #NotImpressed #IStandByEllen pic.twitter.com/jAgx9HX4uD