trending celebrity people lifestyle news animals
'Magic School Bus' Is Being Made Into A Movie And Elizabeth Banks Will Play Ms. Frizzle

'Magic School Bus' Is Being Made Into A Movie And Elizabeth Banks Will Play Ms. Frizzle

The film will be based on the beloved children's books from Scholastic and the animated series. 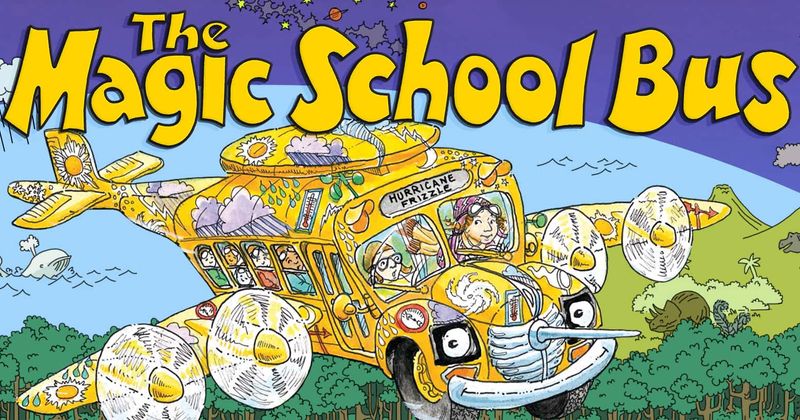 Elizabeth Banks will be playing elementary school teacher Ms. Frizzle in the live-action hybrid movie of the beloved books and '90s animated series The Magic School Bus. The 46-year-old actress will also produce the new movie through her Brownstone Productions banner for Universal Pictures. According to Entertainment Weekly, Ms. Frizzle would take her students on her school bus that magically transformed into various shapes and sizes. The children went on all sorts of adventures, some alongside sea creatures and sometimes they even shrunk so small they could explore the human body. Lily Tomlin of Grace & Frankie fame voiced the teacher in the animated series. According to The Hollywood Reporter, the animated TV series on PBS aired for 18 consecutive years in the U.S. and has been broadcast in more than 100 countries around the world. Kate McKinnon from Saturday Night Live voiced Ms. Frizzle's sister Fiona for The Magic School Bus Rides Again, an animated sequel that premiered on Netflix in 2017.

OMG it's about time I've been waiting for this all my life as a 90s baby I've been saying that they should have been made Magic School Bus movie years ago why has it taken so long??????😣😒🙆🙆

“We are delighted to bring to life the iconic Ms. Frizzle and her zest for knowledge and adventure in a fresh new way that inspires the next generation of kids to explore science and supports the dedicated teachers who help make science real and accessible for young learners every day,” Scholastic Entertainment President and Chief Strategy Officer Iole Lucchese said in a statement. “We’re also extremely excited to be working with such top-tier partners as Elizabeth Banks, Marc Platt Productions, Brownstone Productions, Universal Pictures, and all of the amazing talent assembled for this noteworthy feature film.”

Scholastic has been involved in other projects in Hollywood including Sony's Goosebumps movies. The group is also involved with the upcoming live-action/animation hybrid adaptation of Clifford the Big Red Dog, which is due to release this November via Paramount. A live-action Animorphs movie is also in the works with Picturestart. Banks directed Sony's Charlie's Angels, which she starred in as well.

When it comes to her career, Banks is no stranger to family-friendly films as well. Recently, Elizabeth Banks reunited with her Lego Movie costar Chris Pratt to teach kids how to stay safe amid the pandemic reports PEOPLE. "Darkness has descended upon us. The world as we knew it is over. It is Armageddon, the apocalypse — everything is not awesome," Banks' Lucy says at the beginning of the PSA. Christ Pratt's adorably clueless character Emmet confuses it for a book title. This causes Lucy to explain how the virus got its name. "I totally didn't get that, but it does make the rest of what they told me to say make much more sense. They call it 'Do the Five,' " Emmet said, going through the list: "Wash your hands, cough or sneeze into your elbow, don't touch your face, keep a safe distance and stay at home if you can." The list is made easier and broken down into five words: Hands, elbow, face, distance, home. And since they're "kind of hard to remember," to make it simple Emmett came up with a song to the tune of "Hands, Elbows, Knees, and Toes," the two then start singing, "Hands, elbows, face, and space, stay at home / don't touch your eyes or ears or mouth or nose/hands, elbows, face, and space, stay at home." Banks sure knows how to keep kids ( and adults) entertained and will probably be great as Ms. Frizzle!