The police officers pinned him to the ground and held in a chokehold. He was declared brain-dead at the hospital. 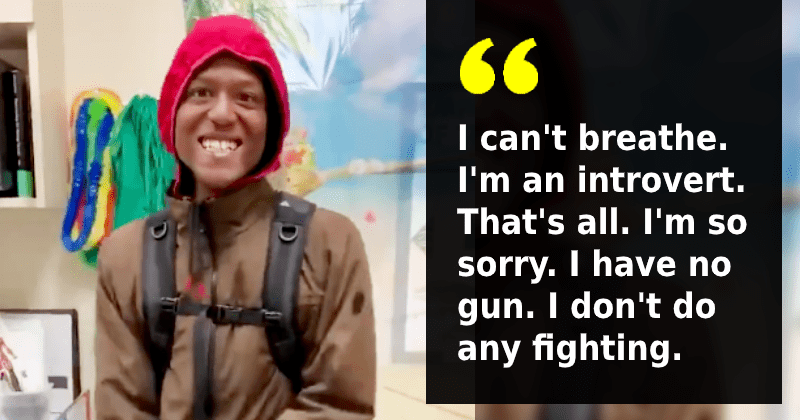 Jared Polis, the Governor of Colorado, has promised to re-examine the death of 23-year-old Elijah McClain in police custody in 2019. McClain was walking home from a convenience store, where he went to get ice tea for his brother when he was killed by police. Cops attacked him because he wore a ski mask, which he did only because he was anemic. "He was an angel among humans," said Newman, McClain's family attorney. "He would go to play his violin on his lunch hour to animals who were waiting to be adopted so they wouldn't be lonely," added Newman. Colorado Music said McClain was "quirky, a pacifist, a vegetarian, enjoyed running, and known to put a smile on everyone's face."

On August 24th of last year, 23 y/o Elijah McClain, a massage therapist who loved animals & often played violin for stray cats at Petco, was detained on his way home from picking up an iced tea for his brother in Aurora, Colorado.

He was listening to music & dancing. pic.twitter.com/MWNycEpnqW

The fateful incident happened on August 24, 2019. Three cops were reporting to an incident of a "suspicious person" waving his hands and walking, in the area. Elijah had been listening to music and dancing as he walked. The cops stopped Elijah McClain and confronted him. Being an introvert, McClain resisted physical contact as they tried to restrain him, reported CNN. McClain can be heard trying to explain his resistance to the officers in the body-camera footage. "I'm an introvert, please respect the boundaries that I am speaking," said McClain, before explaining that he was only trying to stop his music to pay attention to them. They begin to forcefully arrest him and one officer can be heard telling another, "He just grabbed your gun, dude."

Another officer pins McClain down and tells him, "If you keep messing around, I'm going to bring my dog out and he's going to dog bite you." The 23-year-old was then placed in a carotid hold, or chokehold, that's now banned in many states. He reportedly lost consciousness. Once they released the hold, he regained consciousness and started struggling. Paramedics were called and they gave him a ketamine injection to sedate McClain.

The authorities reported that he had suffered a heart attack while in the ambulance. He was declared brain dead three days later. Listening to McClain's last words as the police pinned him down is heartbreaking. "I can't breathe. I'm an introvert. I'm just different. That's all. I'm so sorry. I have no gun. I don't do any fighting," said McClain. Even as he was being put through acute pain, all he had was love to give. "You all are phenomenal. You are beautiful. And I love you. Try to forgive me. I'm so sorry. Ow, that really hurt," said the 23-year-old.

In the wake of George Floyd's death and the call for police reform, a petition was started to raise attention to Elijah McClain's death. More than 2 million people signed a petition to get the authorities to conduct an investigation into his death. Jared Polis, the Governor of Colorado said "a fair and objective process free from real or perceived bias for investigating officer-involved killings is critical," before adding that he is having lawyers "examine what the state can do and we are assessing next steps."

This is one of the most heart wrenching things I’ve ever heard. How DARE these men walk free when the blood of this innocent, compassionate, sweet soul is on THEIR HANDS. #ElijahMcClain #JusticeForElijahMcClain

"It shouldn't take millions of people signing a petition, and it shouldn't take international media attention for elected officials to do their jobs," said Newman. At the time of the incident, the officers involved in his death were placed on administrative leave but only to return to duty after prosecutors refused to file charges against them. Newman called for fresh charges to be leveled against the officers involved in the death of the 23-year-old.

McClain's mother, Sheneen McClain said her son was killed because of hate, on a GoFundMe page. "Treating humans like gutter because you yourself have unsolved issues in your being shows in guilt or hate," she wrote. "We have done this to ourselves by not standing up for each other on all levels of understanding and community values."