trending celebrity people lifestyle news animals
Old Karen Asks Black Man To Wait Until She Left The Store To Rob It. He Was Just Shopping

Old Karen Asks Black Man To Wait Until She Left The Store To Rob It. He Was Just Shopping

A TikTok user uploaded the racist incident which went viral 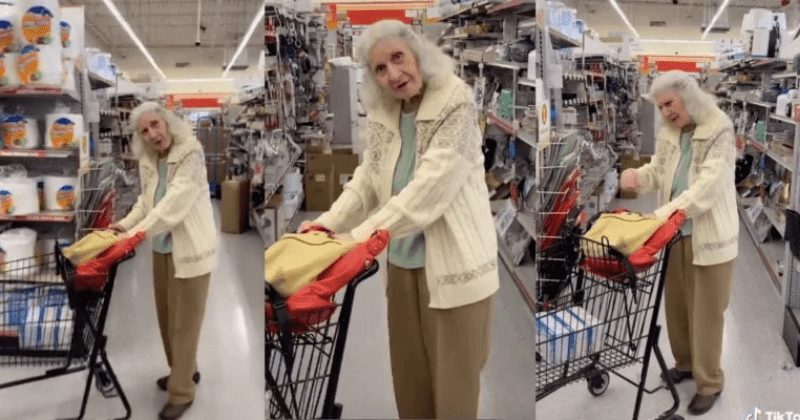 A viral TikTok video revealed a shocking yet not so surprising incident when an elderly white woman automatically assumed that a Black person was at a store to rob it, Daily Dot reports. The video shows a black man also shopping when an older white woman approaches him. She tells him to wait until she'd left the store before he was to rob it. The man starts recording the woman and asks her to repeat herself. "You asked us was we gonna do what?" the man says. "Rob the store," the woman replies with a straight face. When the man asked why she thought so, she answered, "Aren’t you going to do it now?" and added that she "just wanted" him to wait until she purchased her items and left.

Agustist King uploaded the video on TikTok and added the hashtags #racism, #blacklivesmatter, #sad, #wow, and #becareful. It has 2.4 million views and more than 11,000 comments. This incident takes place when people across the country and world over are protesting against racism and police brutality. The video had several other users come and show their support for King and called the woman out for her blatant racism. "Old people forget everything except apparently how to be prejudice," @toninocash wrote.

A TikTok captured the racist incident.https://t.co/KmMULz4zqW

There were some who either came to the defense of the old woman or excused her for her behavior. They said that she may have just been scared because of what she's seen on TV about the protests. "The hypocrisy is amazing with these comments. So we giving Betty White a pass because she’s old? But is she was a few years younger we’d be marching?" noted TikToker Brandon Keith Mincer. "People who are saying poor old lady 🤡. What about the guy minding his business and having being accused of something he didn't do," @stefant78 commented.

🤦‍♂️ just so sad people like her will take their racism to the grave. Can’t imagine harboring such hate.

This isn't the first time that something like this has happened. A video of a woman being outrageously racist towards two Black women at a Walmart also went viral. The video, now with over 3 million views, shows the woman calls the two Black women animals and claimed that they "want to get killed." "This is why they get shot and killed—because this is how they act," the Karen says. "Look at this Donald Trump, they’re animals." The two women subject to her racist rant sigh in disbelief and repeatedly say, "Oh lord!"

In the wake of George Floyd's death, which spurned the Black Lives Matter movement, there have been lots of instances of various Karen's have been recorded for their racist outbursts. You can read them about it here, here and here.