Eddie Van Halen's Ex-Wife Pays Tribute To The Rock Icon: "See You In Our Next Life, My Love"

On October 6, Eddie Van Halen passed away following a long battle with cancer. 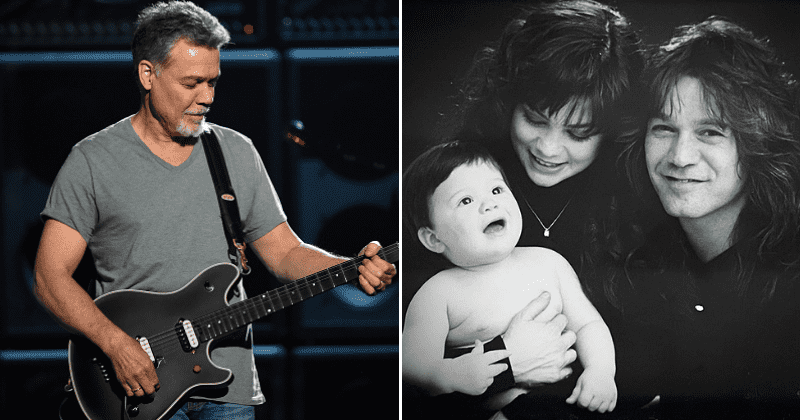 When people heard the 'Eruption' guitar solo for the first time, it completely blew their minds. How could someone ever play the guitar like that -- is what most of us thought. It was the first time many rock fans were introduced to 'finger-tapping' -- playing the guitar with two hands, like a piano. Eddie Van Halen had taken guitar solos to a level that will rarely be matched for years to come and it's fair to say -- he truly defined an era of Rock & Roll with his iconic playing style.

However, on October 6, Eddie Van Halen, 65, passed away following a long battle with cancer. He left behind a void that can never be filled in the rock genre and his loss was not only mourned by his family and friends but also by the millions of hardcore Van Halen fans.

Actress and ex-wife Valerie Bertinelli paid a heartfelt tribute to the legendary guitarist. They were together between 1981 to 2001 before separating due to his drug abuse and heavy drinking. The couple divorced in 2006. "40 years ago my life changed forever when I met you," the 60-year-old wrote alongside the picture. "You gave me the one true light in my life, our son, Wolfgang," she wrote.

"Through all your challenging treatments for lung cancer, you kept your gorgeous spirit and that impish grin. I'm so grateful Wolfie and I were able to hold you in your last moments." the star of Hot In Cleveland concluded: "I will see you in our next life, my love." Although Eddie and Bertinelli had divorced 14 years ago, they still remained friends throughout the years and even attended each other's second weddings. Bertinelli married Tom Vitale while Eddie Van Halen was married to Janie Liszewski.

The tragic news of his death was revealed by his son Wolfgang. He released a statement that read: "I can't believe I'm having to write this, but my father, Edward Lodewijk Van Halen, has lost his long and arduous battle with cancer this morning." He also shared a picture of the rocker along with the message: "He was the best father I could ever ask for. Every moment I've shared with him on and off stage was a gift. My heart is broken and I don't think I'll ever fully recover from this loss. I love you so much, Pop."

Van Halen is often considered one of the greatest guitarists that ever lived and was part of the band of the same name with his brother Alex. Some of their songs like "Jump," "Panama" and "Eruption" are considered rock classics. Van Halen's son Wolfgang was also a part of the band, proving that the apple doesn't fall far from the tree. Wolfgang began playing bass for the band in 2006.

RIP Eddie Van halen ! This solo has always been an eruption of symphony to my ears , mind and soul#RIPEddieVanHalen pic.twitter.com/cyPANuElud

The Rolling Stone magazine ranked Eddie Van Halen as No. 8 in its list of the 100 greatest guitarists. The band was inducted into the Rock & Roll Hall of Fame in 2007 and they were among the top 20 best-selling music artists of all time. Following his death, some of the biggest names in the rock music industry paid tribute to him. “Oh man, I just heard about Eddie,” Anthrax member Scott Ian wrote. “F*cking hell. I hope Wolfgang and Alex and the rest of his family are doing OK. The greatest of all time has left the building. RIP EVH.”

The members of Metallica also paid tribute to their 'idol'. “We are enormously saddened to hear about the untimely passing of Eddie Van Halen,” they said in a joint statement. “We considered him an inspiration, an idol, and after spending a summer together on the road in ’88, a friend. Sending love to Alex, Wolfgang Van Halen, and everyone in the greater VH family.”

"Force them to sit down and stop texting and tweeting and introduce them to the wonder of Eddie Van Halen"
On #BBCBreakfast Kiss singer Gene Simmons urges fans to introduce young people to the rock band Van Halen.https://t.co/hdeRxwV8L4 pic.twitter.com/VyM7NZLBlc