trending celebrity people lifestyle news animals
Eddie Murphy Wanted Nothing To Do With Mel B Or Their Daughter For Years, But Made Amends Later

Eddie Murphy Wanted Nothing To Do With Mel B Or Their Daughter For Years, But Made Amends Later

The two were dating for a while back in late 2000. They split Mel B was already six months pregnant with their daughter 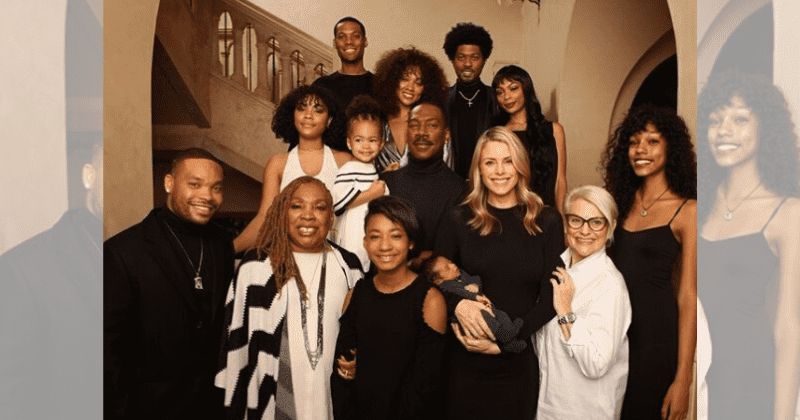 Comedian Eddie Murphy, 59, has fathered many kids with different women, one of whom was Mel B, from the famous English girl band of the '90s: Spice Girls. She and Murphy had a daughter together who she named Angel, 12. However, it took Murphy a while to accept her as his child given the animosity between them when they split. Murphy even denied that the child was his and asked for a DNA test. But those days are long gone, and Murphy has now accepted her in his growing family. The olive branch was extended by Mel herself by getting close with Murphy's mother, Lilian Murphy,  Mirror reports. The reason that Murphy split from Mel in the first place was that she would regularly disrespect Lilian. It seems Mel has learned her lesson.

A sign of the good relationship that Murphy shares with his daughter and Mel is a picture that was recently posted by Murphy's daughter, Bria Murphy in December 2018 on her Instagram. Bria is one of Murphy's five children with ex-wife Nicole Mitchell. She posted a photo that included Angel sharing space with Murphy's huge family. This also included his two children from his Australian wife and actress Paige Butcher and his adult kids with Paulette McNeely, and Tamara Hood according to TODAY. Back in 2018, Mel started to make peace with her ex by inviting his mother over to her place in Los Angeles. Lilian even spent a part of the Christmas of 2017 with Mel so that she could spend time with Angel.

According to a Mirror source, "Mel reached out to Eddie’s mum Lilian and she went round for a meal. They spent a lot of quality time together, and Lilian is part of the family now. It’s a big deal because when Mel originally split with Eddie it was over the way she spoke to his mum." Mel was already six months pregnant with Angel when she got dumped because had been "badmouthing" Lilian in 2006. She moved on with another man, now ex-husband, Stephen Belafonte, and relations further soured when she supported Belafonte's bid to stop Murphy from meeting his daughter. But now it appears that "Relations with Mel and Eddie have improved considerably, they are on good terms."

The source added, "Mel’s divorce with Stephen has brought her closer to Eddie, who just wants to help as much as he can." Now that Belafonte is not in her life, it's Eddie's turn to get back at him for preventing him from seeing his daughter earlier.  Murphy is determined that Belafonte will have nothing to do with Angel, and has every intention of supporting Mel's battle to stop the visitation rights. However, Belafonte has stated that he has raised Angel "like she was his own." Mel and Belafonte split because she accused him of being physically violent with her.  In another Mirror report, she called Murphy her "soulmate" whom she still loved. "We had something special that I’ve never really truly felt with anybody else. I’ve thought I’ve had it, but they’ve lied. His was pure. He is the love of my life. He always will be."

She added, "We first met, I saw him across the room, he saw me and then I freaked out because I’ve never had somebody look at me like that. It was such a familiar look. As in, it felt like home. I could see my soulmate. So I ran to the restroom. Then I left and I went home."