Dog The Bounty Hunter Slams Daughter's Claims Of Him Dating: "There'll Never Be Another Mrs. Dog"

"I know Almighty God hears my broken heart and I didn’t ask him for another Mrs. Chapman, but I asked him for a friend and he gave me Moon," said Duane. 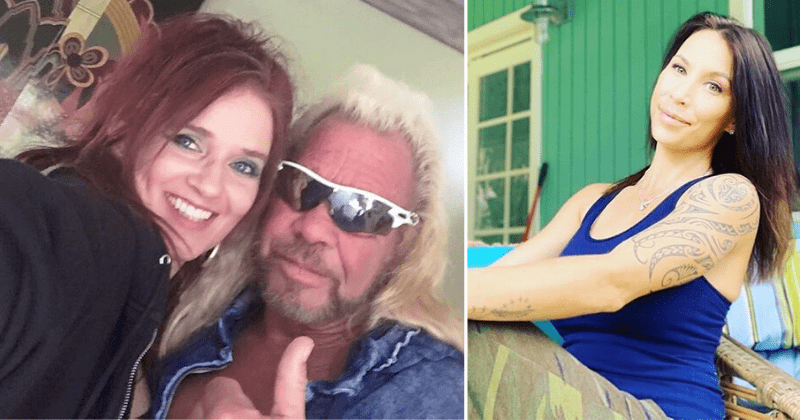 For Duane 'Dog' Chapman, 2019 was a year of loss, pain, and heartbreak. The renowned bounty hunter lost his beloved wife Beth Chapman to cancer after a long and arduous battle against the deadly disease and her death left him so devastated that it took quite a toll on his health. Almost 7 months since Beth's demise, Duane appears to be doing better and as he looks ahead at the year ahead of him, it's his longtime friend Moon Angell he's grateful for despite his daughter slamming the duo for their growing intimacy.

Last month, Duane's daughter Lyssa engaged in a nasty Twitter feud with Angell in response to a since-deleted report that she's dating the Dog's Most Wanted star. "You’re a disgusting woman. Any person who moves in on a man weeks after losing his wife, who you were supposed to be a ‘friend’ to, Is the lowest scum on the planet-Which for you wasn’t that far of a step down from where you were before. God will get you MARY !!!" the 32-year-old tweeted. Although Angell defended herself and denied the alleged relationship in now-deleted tweets, Lyssa continued her tirade.

Earlier this week Lyssa launched another Twitter attack on Angel, writing, "Happiness is granted to all, and all I wish is happiness for my family. When a person who has ill intentions, that my mother specifically warned me about before her passing tries to enter, the war is on. The devil ALWAYS goes for the weakest link. Not today Satan." In a following tweet the same day, she accused Angell of taking over Beth's closet. "If someone who met your family by dating your brother, tried to date your father after your stepmom died what would you do? If you went to your mother's closet and saw she moved all her clothes and replaced them with her own, what would you do? #ItsNotWhenOrWhyItsWho," she tweeted.

"My dad is a GROWN ASS MAN. His money. His dynasty. But you can guarantee that my name is not going down in history as a person who supported this," Lyssa added in another tweet. Duane finally responded to his daughter's shocking claims on Wednesday in an exclusive interview with RadarOnline.com, accusing his children of abandoning him. "Moon has been a trustworthy and loyal friend to me for over 20 years. She has been with my family through many ups and downs. All my children are grown and gone on their own, there’s no one left to help me," he said.

"Moon is experienced. It’s just that. Who knows what my future holds, but right now I need her. There will never be another Mrs. Dog but that doesn’t mean I have to be so sad. I know Almighty God hears my broken heart and I didn’t ask him for another Mrs. Chapman, but I asked him for a friend and He gave me Moon," Duane added. A source close to the Chapman family confirmed to PEOPLE that Duane and Angell aren't dating, saying, "Moon has been a family friend to Beth and Dog for years. Since Beth’s death, she has stepped in to help Dog in his time of need. There will never be another Beth."