Several drug cartels and armed forces have forced people to stay indoors and have even shot and killed people who break the rules. 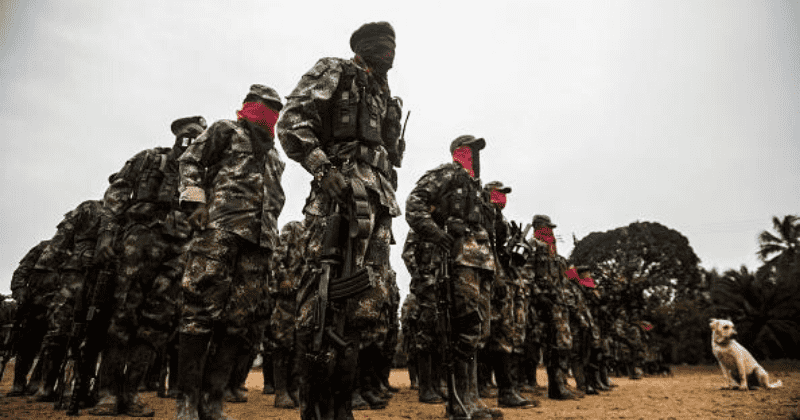 Enforcing lockdown measures has proven quite challenging for most of the countries fighting the pandemic as some people continue to endanger the lives of themselves and others around them by refusing to follow guidelines. But, have you wondered what happens in Colombia if you fail to fall in line? You get shot. According to the Miami Herald, several armed groups have taken control of regions that lack police penetration and have put in their own rules to stop the spread of the virus. Sources say the armed groups have so far killed nine people for refusing to comply with the rules.

Armed groups in Colombia have committed killings and other abuses against civilians in an effort to enforce their own measures to prevent the spread of Covid-19.

In a report published by the advocacy group, Human Rights Watch, the armed groups have taken control of being the judge, jury, and executioners in at least 13 of the 32 states in the country.  José Miguel Vivanco, Americas director at Human Rights Watch, said: "In communities across Colombia, armed groups have violently enforced their own measures to prevent the spread of Covid-19." Vivanco opines that these instances are cropping up due to the government's failure to establish itself in the said areas. "This abusive social control..." he said, "...reflects the government’s long-standing failure to establish a meaningful state presence in remote areas of the country, including to protect at-risk populations."

Illegal armed groups are imposing strict COVID-19 quarantines in parts of Colombia where the state has a weak presence, threatening and even killing those who don’t comply, Human Rights Watch warns. https://t.co/hH90V43Ywo

Human Rights Watch (HRW) interviewed 55 people across 13 states between March and June, reviewed pamphlets signed by the group, and also obtained details of Whatsapp conversations the groups have shared to spread the rules. Of the people interviewed, some were community leaders, police officers, prosecutors, humanitarian organization staff, and local residents who have all be alarmed by the gross human rights violations. In one of the 20 pamphlets obtained and reviewed by HRW, groups in the northern state of Bolivar reportedly said they were "forced to kill people in order to preserve lives" as the population had not "respected the orders to prevent Covid-19." The pamphlet also stated that people working in food stores, bakeries, and pharmacies to step out while others should stay inside their houses.

Although enforcing of the rules can be understood at some levels, the groups have further consolidated power in their areas and have even killed people for raising their voices in protest. Reportedly, Edison León Pérez, a community leader from Putumayo, was killed on June 8 by a group called La Mafia because he had sent a letter to authorities stating the group was forcing locals to instate checkpoints to question and screen people entering the region for Covid-19 symptoms. In another incident, fighters from a drug trafficking group called Contadores reportedly shot a vehicle carrying four people, including a sick passenger, a paramedic, and two others, which resulted in the death of two. The group did so even though the car had a flag used to signify that it was on a "medical mission."

As of July 16, Colombia has recorded a total of 173,000 confirmed coronavirus cases with more than six thousand deaths so far. The government has adopted a bunch of measures to limit the spread of the virus, the most important of which was a nationwide lockdown imposed in late March. However, reports say the armed groups have added a few of their own rules into the mix and have further cut off people's access to food and other essential commodities. In Tumaco, a south-western port city, groups have put limits on fishing, which was the livelihood for residents. Besides this, the group has also enforced a 5 p.m. curfew which limits people from the community their earnings as they can no longer continue their business. A local community leader told HRW: "If [people] dare to go outside, there is no one to buy, so families are starving."