Driver Points Gun Out Of Window At Busy LA Intersection And Shoots: "Anybody Wanna Die Now?"

She fired a shot through the sunroof but fortunately, it seemed like it may not have hit anyone.  She allegedly fired as many as five shots. 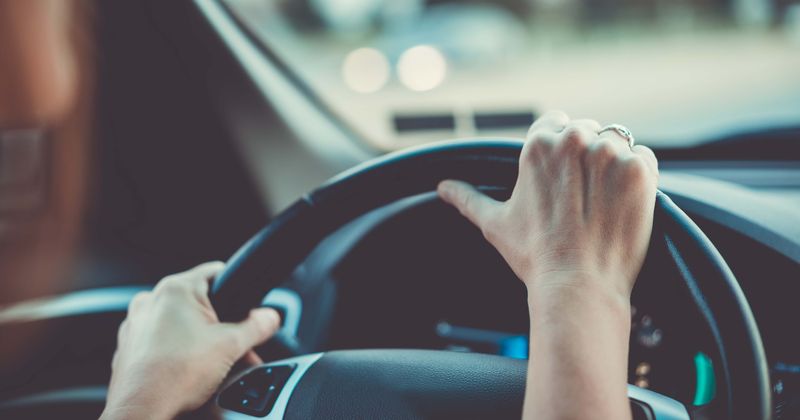 A driver in Los Angeles was waiting to merge into a busy LA intersection when she seemed to have lost her patience. On Tuesday at 5:30 pm at the busy intersection of Fairfax Avenue and Olympia Boulevard, a woman asked if anyone wanted to die while pointing a gun and opening fire during rush hour. "Anybody wanna die now? Anybody???" she asked in video footage. According to TMZ, she seemed to be shouting at someone off-camera with her window rolled down. She fired a shot through the sunroof but fortunately, it seemed like it may not have hit anyone.  She allegedly fired as many as five shots and later told police she was Dr. Dre’s daughter. In the video, she also said "The cow jumped over the moon", so maybe she was having a mental health episode.

Just another day in the United States of Thoughts and Prayers

The Los Angeles County Sheriff’s Department received multiple radio calls regarding the woman. They were finally able to get a hold of her. She was arrested for felony negligent discharge of a firearm. Officials reported that the firearm was recovered at the scene. The suspect has been identified by the sheriff's office as 34-year-old Ashley Tamika Greenwade, according to FOX 11. Sarah Kurtz, who is from the area where the incident took place, said her neighbor caught the episode on camera.  "I was in my kitchen," Kurtz said. "Just heard 'pop-pop-pop-pop!'" Kids are often seen walking by in the area, another neighbor mentioned."I do see people with their kids around here," said Suzanne Nichols. "People with their strollers." Ashley Tamika Greenwade has been taken in by officials and her bail was set at $35,000.

Fortunately, in this case, no one got hurt, which is very rare in instances of guns. Recently, an Aurora man was accused of firing a gun into the back of his girlfriend's unoccupied vehicle. Elyas Taha, 29, of Aurora was charged with one count of armed violence, one count of aggravated discharge of a firearm and one count of aggravated domestic battery-strangulation, according to a news release from the DuPage County state's attorney, reports The Daily Herald. The DuPage County State's Attorney said Taha and his girlfriend allegedly engaged in a verbal altercation which soon turned physical. Taha reportedly hit his victim several times and choked her for about 15 seconds. He has been accused of strangling his girlfriend and firing shots into her car in March, authorities said. He apparently fired two shots into the driver's side taillight of her car and one into the driver's side of the back bumper while she was standing next to the driver’s side of the car. After that, he fled the scene.

Authorities say Elyas Taha hit his girlfriend, choked her and fired shots into her vehicle.​ https://t.co/hqjbuGCPoM

According to Fox 32, Aurora cops arrived at the scene 20 minutes later. Pretty soon, they were able to track Taha in the neighborhood and took him into custody. "It is alleged that after physically assaulting his girlfriend, Mr. Taha fired a Glock 19 semiautomatic handgun into her vehicle before fleeing the scene," an official said. "Thankfully, no one was struck by a ricocheting bullet and injured or killed. I would like to commend the Aurora Police Department for their quick response and apprehension of the defendant in this case. I would like to thank Assistant State’s Attorney Patrick Miner and Kathleen Rowe for their efforts in preparing a strong case against Mr. Taha." Taha's next court appearance is scheduled for May 13. Bond has been set at $500,000.