'Doomsday Cult' Mom Lori Vallow Killed And Buried Her Children, She Believed They Turned Into Zombies 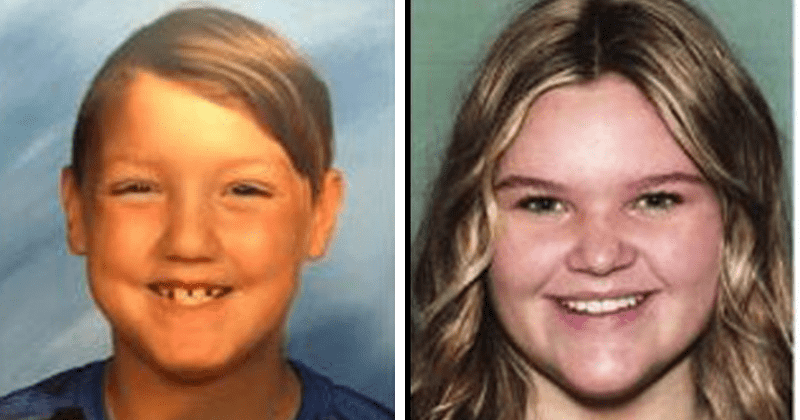 Joshua "JJ" Vallow and Tylee Ryan were 7 and 17 respectively when they disappeared in 2019. Now, Lori Vallow and her fifth husband, Chad Daybell, have been indicted on the first-degree murder of her children. According to toofab, Vallow allegedly believed her kids had turned into "zombies" and took it as her mission to rid the world of them. The Idaho couple has also been charged with conspiracy to commit first-degree murder on Daybell's ex-wife, Tammy. Investigators found the remains of Vallow's children last June, buried at the home of Daybell, who was their stepfather. Vallow, 46, and Daybell, 51, have both been arrested.

BREAKING: Special prosecutor Rob Wood announces grand jury indictment of Chad Daybell and Lori Vallow in the deaths of JJ Vallow, Tylee Ryan and Tammy Daybell. They are now accused of murder in the first degree including other serious charges. pic.twitter.com/iRij2Iou1r

"Local, state and federal law enforcement professionals and local and state prosecutors have worked tirelessly for nearly a year and a half to gather the facts and evidence necessary to bring forward charges on behalf of Tylee, JJ and Tammy," Fremont County Prosecutor Lindsey Blake said in a statement. "Due to the ongoing safety restrictions imposed by the courts during the pandemic, we just recently were given permission to present information to the Grand Jury for their review. They deliberated and determined there is probable cause to believe that the Daybells willfully and knowingly conspired to commit several crimes that led to the death of three innocent people."

According to CNN, the children were last seen on different days in September 2019. Their bodies were on Daybell's property in June 2020. Tammy Daybell died in October 2019. Daybell and Vallow did not report their children's disappearance and abruptly left the area following questioning by police about the whereabouts of Tylee and JJ. The couple did not cooperate with investigators before they fled the state, Rexburg police said. They were discovered in January 2020 in Hawaii. Vallow was given until the end of the month to "physically produce her children." She did not and was charged with two counts of desertion and nonsupport of dependent children. Daybell was taken into custody after the remains of the children were found on his property.

Daybell and Vallow have drawn international attention to the case because of the couple's links to "Doomsday" apocalyptic beliefs. Family members suspected the pair were part of a doomsday cult. Vallow's fourth husband, Charles Vallow was killed by her brother in an alleged act of self-defense in 2019. Before his death, he stated in his divorce filings that Vallow believed "she was a translated being sent by God to lead 144,000 people into the millennium," according to court documents, as per Idaho State Journal. "(Lori Vallow) believes that she is receiving spiritual revelations and visions to help her gather and prepare those chosen to live in the New Jerusalem after the Great War as prophesied in the Book of Revelations," read the filings.

The indictment gave us a glimpse at the evidence prosecutors have against Lori Vallow and Chad Daybell. I’ll be live in Idaho tomorrow morning ahead of the court hearing. #azfamily #LoriVallow #ChadDaybell https://t.co/JQWwDe8yvF pic.twitter.com/gqqojHLRK5

At the time of the children's disappearance, Larry and Kay Woodcock, the grandparents of the kids were offering a reward to find them. “You won’t find two smarter kids, and you won’t find two kids with bigger hearts,” Larry Woodcock said. They described JJ as a perpetually happy child who was always curious and Ryan as very intelligent for her age. After their remains were found, the grieving grandparents made an appearance on the documentary, Doomsday: The Missing Children. “The way these children were harmed, they were harmed by some bad people,” said Larry according to KPLC.  “We want them to have the most miserable life until they die and then it’s up to the good, Lord,” said Larry.  If convicted, the couple could face life in prison or the death penalty. “We really don’t want the death penalty. We want them to live every single minute of the rest of their miserable lives in a miserable place,” said Kay.