trending celebrity people lifestyle news animals
Even Fox News Is Begging Americans To Not Listen To Trump: "Hydroxychloroquine Will Kill You"

Even Fox News Is Begging Americans To Not Listen To Trump: "Hydroxychloroquine Will Kill You"

Trump had claimed that he was taking Hydroxychloroquine, an unapproved drug, as a preventive measure against Coronavirus. 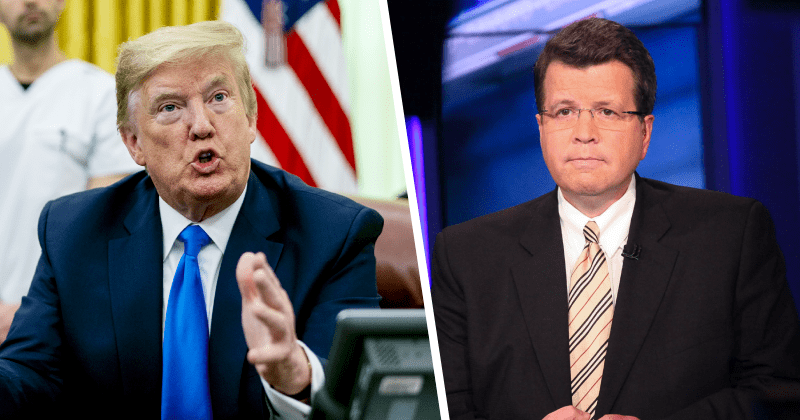 Donald Trump is not used to being contradicted on Fox News, his favorite channel, but when anchor Neil Cavuto hit back at the President over the use of hydroxychloroquine, it hit him hard. Earlier this week, the President told reporters that he was taking hydroxychloroquine as a preventive measure against the Coronavirus. He ignored the advice of medical experts and the FDA before urging Americans to try the antimalarial drug. Fox News anchor Neil Cavuto begged Americans to ignore Trump's advice and told them in no uncertain terms that the drug was potentially dangerous when used as a preventive measure for Coronavirus and told them it could kill them. Trump hit back at Fox News, claiming he was on the lookout for a new network, reported The Huffington Post.

“If you are in a risky population here, and you are taking this as a preventative treatment to ward off the virus ... it will kill you,” said Cavuto in a charged segment on Fox News. “I cannot stress this enough: This will kill you.” The Fox News anchor cited multiple research studies that revealed the unapproved drug didn't show any benefit while treating Coronavirus. Some studies said hydroxychloroquine could prove to be harmful. The drug is used as an anti-malarial and as a treatment for lupus and rheumatoid arthritis. hydroxychloroquine has serious side-effects which include altering heartbeats, which would cause sudden death. Dr. Bob Lahita, a guest on Cavuto’s show chimed in, saying “we have had no evidence whatsoever” that it works against Coronavirus.

President Trump hit back at Fox News and Cavuto on Twitter for contradicting his claims. He tweeted: Fox News is no longer the same. We miss the great Roger Ailes. You have more anti-Trump people, by far, than ever before. Looking for a new outlet! At the same time, Laura Ingraham has promoted the drug as a potential cure for the coronavirus on her show.

Trump has been pushing the drug on many occasions. After facing a backlash for pushing the unapproved drug last month, Trump went a step further this time, claiming he had been taking the drug as a preventive measure. "You'd be surprised at how many people are taking it, especially the frontline workers before you catch it, the frontline workers, many, many are taking it. I happen to be taking it," said Trump this week. "A couple of weeks ago, I started taking it," said Trump to the press, before adding that he had been taking it every day for a week and a half. When asked if there was any evidence the drug was effective in preventing Coronavirus, Trump said, "Here's my evidence: I get a lot of positive calls about it. I've heard a lot of good stories about hydroxychloroquine and if it's not good, I'll tell you right I'm not going to get hurt by it."

Donald Trump continues to tout hydroxychloroquine which has no proven effectiveness against COVID-19 and can be deadly when misused. It can cause confusion and hallucinations. L

When asked if the White House doctor had recommended that he take hydroxychloroquine, Trump said, "I asked him what do you think, he said, 'Well if you'd like it,'" said Trump. Studies published in the Journal of the American Medical Association and the New England Journal of Medicine have shown that the drug doesn't fight the virus. The President discredited the studies claiming they were Trump's enemies. “If you look at the one survey, the only bad survey, they were giving it to people that were in very bad shape,” said Trump. “They were very old. Almost dead. It was a Trump enemy statement.”

White House, the press secretary, Kayleigh McEnany, backed Trump's claim that he was taking hydroxychloroquine. “I can absolutely confirm that. The president said himself he’s taking it. That’s a given fact. He said it. The president should be taken at his word,” said Kayleigh McEnany, reported The Guardian. She then covered for Trump, adding, "Any use of hydroxychloroquine has to be in consultation with your doctor. You have to have a prescription. That’s the way it must be done.”